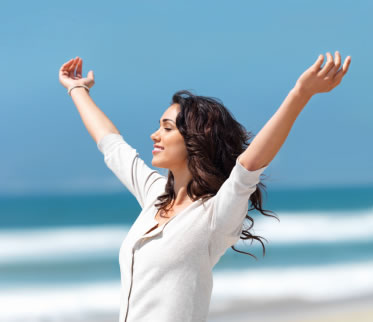 For years now people have been looking at ways of reducing their sleep time, for a variety of reasons: to get more done, to be more productive, to have some quality alone time with little distraction, and a host of other reasons.   The topic of becoming an early riser has always fascinated me, and by early riser I mean not just getting up early (anybody can do this, they just go to bed earlier and rise earlier in the morning ) but, getting by on much less sleep than is considered normal.

I have never really understood the controversy that surrounds the subject of being an early riser.   In my article How to Get By on 5 Hours Sleep a Night there is a heated debate still burning about whether or not it is possible to do get by on 5 hours of sleep and essentially become an early riser.   That article was written a few years ago and was the catalyst for me writing the guide How to Become an Advanced Early Riser which has now sold close to 1,000 copies.

In this article I want to take a more scientific approach to the subject.

Thomas Wehr was the man who started it all off.  He was a psychiatrist who conducted an experiment about the effects of light and darkness on humans (Wehr (1992). "In short photoperiods, human sleep is biphasic". Journal of sleep research).   In the study Wehr and his colleagues noticed that after a few weeks of adjustment the volunteers would fall into a sleeping pattern of sleeping eight hours per night.   However what the news and others who picked up on this story failed to tell us was that the volunteers did indeed sleep eight hours, but it wasn't consecutive sleep, it was broken into two blocks of fours hours, with a break of 1-2 hours in-between.

And so the myth of the eight hours sleep per night was born.

In 2005, geneticist Ying-Hui Fu et al,   identified a gene which supposedly caused a mutation in the familial advanced sleep-phase syndrome (FASPS) which has a certain amount of control over the human circadian rhythm, which is basically the body's internal clock that controls the sleep-wake cycle. (read more about the study here)     This was a ground breaking piece of work at the time and in my research on the subject of becoming an Early Riser, this research caused me to rethink my conclusion that anybody could be taught how to become an early riser. I thought maybe I was an outlier and one of those people who was genetically disposed to getting by on less sleep.  However, It didn't answer the question: how was I able to teach myself to do it instead of being a natural early riser.  My thinking was if I could teach myself to get by on 5 hours of sleep per night why could it not be taught to others.

For a few months I looked at the research available.   I dismissed the old research which stated that we need at least 8 hours of sleep to be able to function normally.   If you ask most people what is the optimal number of hours to sleep I am willing to bet most would say around 8 hours. I believe that most of us think this because it is such a widely held belief due to the amount of publicity that the "˜8 hour sleep' research, carried out by Thomas Wehr et all,  received over 2 decades ago.

However it was still worth looking at.   When I looked further into Thomas Wehr's research it wasn't really stating that most of us need 8 hours sleep, rather it looked at the effects of light on our sleeping cycle.   Subsequently Thomas Wehr is credited with identifying and describing Seasonal Affective Disorder (SAD), and it was this piece of Wehr's work that was fascinating to me.

Thomas Wehr's research on photoperiodicity, the physiological reaction to the amount of light and dark we receive each day, was intriguing.   Part of the research concluded that the hormone Melatonin, which makes us feel sleepy, was triggered by darkness.   To me this indicated that if we allow ourselves more sunlight, then the secretion of Melatonin would be delayed, thereby delaying the onset of feeling sleepy, therefore needing less sleep.

What do most people do when the sun is out? "“ They put sunglasses on.   If we keep our sunglasses off and grab more sunlight during the day our body resets it's own circadian rhythm which means it would need a little less sleep.

Lots of research led to the production of How to Become an Advanced Early Riser and in the guide you'll find a guide written in laymens terms, because it was written by a layman, but the research took a long time.

What the research all centred on was the Circadian Rhythm and how most of the things we do in life affected it,   things like: how much exercise we got, what we ate, how much sunlight we were exposed to, how much water we drank during the day and a host of other things.

However there was one piece of research that was still stopping me from producing the guide and that was the research which showed that our genes could be a factor in why some people could function well on little sleep and become early risers.

But the answer was soon to come"¦.

Can we control our genes?

A biologist by the name of Bruce Lipton has done a lot of really fascinating work on genes and how we can control our genetic blueprint with the power of beliefs (I know it sounds way out there, but if you read his books you will quickly change your mind).

Bruce Lipton states that we can literally change and control our genes with the power of belief.   I was fascinated and read his work, read his book the Biology of Belief and even contacted him, and carried out more research on the subject.

This was the last piece of the puzzle for me and gave me the explanation  I needed to answer the question; why was I able to train myself, and hundreds of others,   to get by on 5 hours of sleep per night.  Maybe what I had inadvertently done was change the gene that predisposed me to sleep longer.  With all the things I had changed in my own life, this gene, hDEC2, may have mutated naturally, allowing me to get by on 5 hours, or less, sleep per night.

A lot of research on the effects of sleeping less

There is a lot of research about the effects the sleeping less has on our mental and physical wellbeing, take a look on Google and you'll see what I mean.   However I want to point out, again, that all the research I have looked at so far has NOT taken into account the quality of sleep we get each night.   There are a lot of factors which affect the quality of sleep we get and I believe I have addressed all of them in my guide.

I truly believe that anybody can teach themselves to function well and have more energy, with as little as five hours sleep per night.   The benefits in my life has been amazing.

Check out How to Become an Advanced Early Riser and let me know what you think.