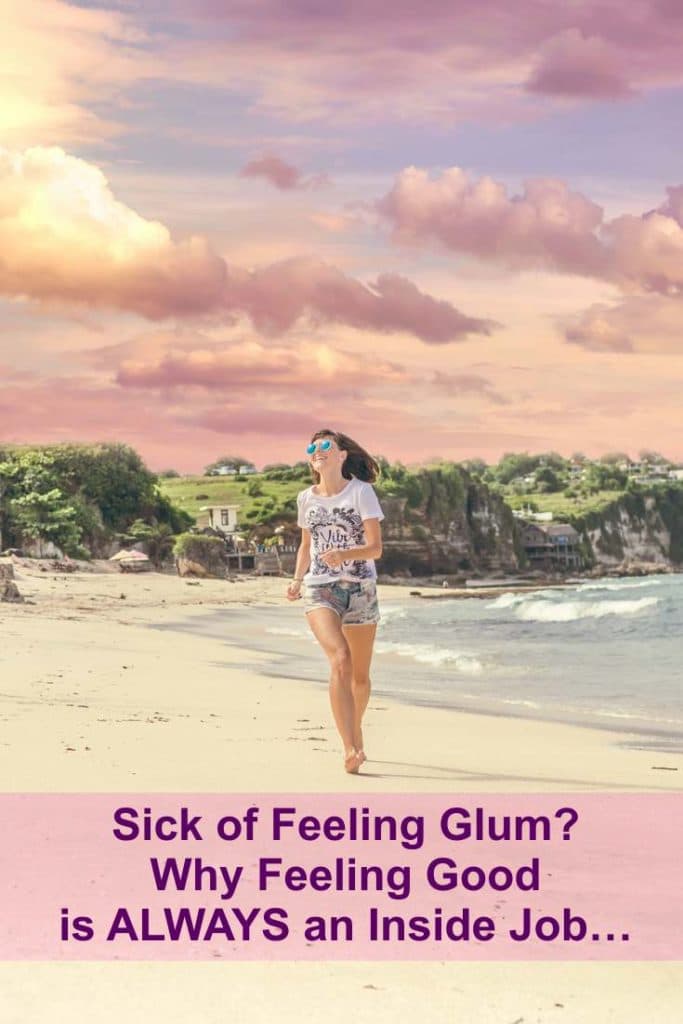 I have a morning routine.

It involves tea, meditation and setting my intentions for the day (in no particular order).

Sometimes my intentions are colorful and adventurous, sometimes they're just simple. And many are repeated daily. One in particular:

"Today I intend to feel GOOD!" AS much as possible, anyway.

Yup, this intention is key. It's always at the top of the list. A priority. 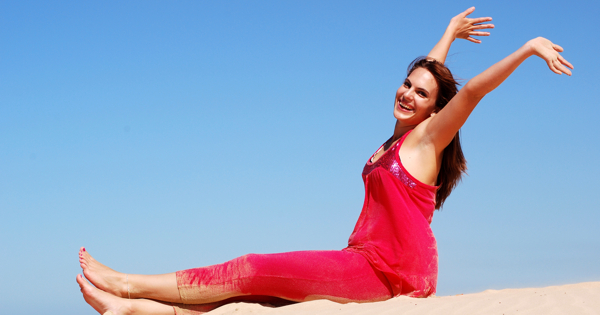 Because I know that it's MY CHOICE to feel good. Or not. Me feeling good is NEVER dependent on anything outside of me. Ever.

I know, it sounds righteous. And noble. But I didn't always understand this concept. In fact, most of my life was spent trying to control my outer environment. My physical reality. In order to feel better.

When I finished high school (way, way back), I studied to be a Medical Technologist. In my little corner of the planet, that's someone who works in a pathology lab and tests human bits and pieces for bugs or abnormalities. It's really interesting stuff!

A few years later, fresh out of college and eager to finally earn a paycheck, I officially entered the workforce. Woohoo!

Luck was on my side and I landed a position in a small state-owned lab in a small town.

I jumped at the challenge with naked enthusiasm, ready to dazzle the world with my new-found brilliance. And life as a newly-employed citizen rocked. For a few months, anyway.

Because my paycheck was measly. Very measly. I was working for the state, remember.

I made enough to survive, but not enough for life's little comforts. And it bothered me. And I started feeling unhappy. My enthusiasm slowly melted away. To be replaced by dissatisfaction. And resentment.

I couldn't fault the job. It was challenging and interesting. My colleagues were great too. But I stopped noticing those things. Or appreciating them.

Instead I felt exploited. I was working long hours. I deserved more! Didn't I?

It consumed my thoughts. Completely.

And it wasn't long before going to work became a chore. Something I soon came to detest. And I thought "if I earned more, I would feel happy!"

I decided that moving to the private sector would be the answer. They always paid better. And as a lowly junior it wasn't hard to find a new position.

Except this time, it was at a BIG lab. In the city. And they doubled my meagre earnings! Brilliant!

Yup, now I had a bigger income. But I also had a city commute. And I had become a really small fish in a giant fish tank. Which meant I was tasked with menial, and often boring, work.

In the smaller lab, there were only a few of us. And we rotated all the tasks. It was super-interesting and I was treated like everyone else. With similar responsibility. And I felt useful.

Now, I was a nobody. Bottom of the pile. The lackey. The extra cash every month was small compensation for the misery I now found myself in.

So much for being happy"¦

And you'd think I'd get it right after that. But I didn't. Not for a long time.

This reaching OUTSIDE of myself in order to feel good INSIDE, repeated itself often through my early adult life. It was a big player in most of my relationships too.

How often I remember expecting my significant other/sibling/parent to behave in a way that would make me happy. And when they didn't, that was my excuse to be miserable. My misery was THEIR fault! It was much easier to blame.

So, in the case above, how could I have done it differently? From an empowered place?

What could I have done to FEEL BETTER, without having to change my job?

Understand the role of PERSPECTIVE.

My perspective is unique. Nobody else in the world sees life quite the same way that I do.

And ditto for you.

I can also change my perspective at any time. Simply by shifting my thoughts about something.

And we can do this easily by asking some pertinent questions. Like:

"How can I make this event work FOR me?"

The same applies to this story.

I had adopted a negative perspective of my job. One that only considered the money (or perceived lack of it). And this resulted in me feeling glum.

Had I focused more on what I LIKED about the job, my perspective would have been vastly different. As would my experience.

I would have felt good. A lot more of the time.

And I probably would have stayed put for a lot longer.

Yup, what I focus my thoughts on is MY CHOICE. Always.

In those days, "lack of self-worth" was a common friend of mine.

I thought that satisfying my ego would up my worthiness quota.

If people approved of me, or said nice things to me, I'd feel worthy.

I thought worthiness was something we earned. Something we reached for.

Something outside of ourselves.

So, it's no surprise that I thought earning more money (and buying nice things) would fill that gap. The "unworthy" gap.

And it didn't. Not for a minute.

Because we're all innately BORN worthy. Who knew?

We don't have to find it. Just RECOGNISE it within us. RECONNECT with it.

And we do that by truly accepting who and where we are. Loving ourselves. Putting our needs first. Setting healthy boundaries.

By simply appreciating every little aspect of uniqueness.

Feeling worthy is never about anyone else.

It's always from within.

Whether in our relationships, jobs or physical bodies, wanting to feel good (or even just feeling better) is ALWAYS an INSIDE JOB.

Reaching outside of ourselves is self-defeating. And disempowering.

We can't control what other's think. Or do.

But we most certainly CAN influence how we feel inside. Irrespective of what's going on around us. Just by focusing our thoughts towards what we LIKE. The GOOD stuff.

And choosing to feel APPRECIATION over dissatisfaction.

And yes, it takes some practice too. But like any new habit, it gets easier with time.

Until it becomes your default. Your norm.

FEELING GOOD becomes YOUR job. Only yours.