If you've ever read a self-help book, you know that an "affirmation" is a statement of something that you'd like to be true in your life. For example, one of the most popular "affirmations" is: "I am rich."

What just happened in your mind? Did you hear a voice… a voice that said: "Yeah, right!" 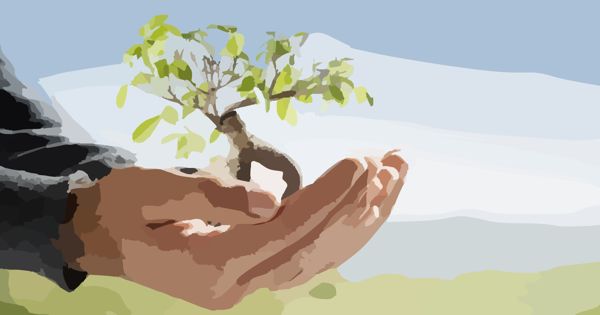 The simple truth is that most of us have been using "affirmations" for years, but we really don't believe them. Why? Because you've been trying to convince yourself of something that doesn't appear to be true in your life.

Traditional success teachers told us, if you don't believe your "affirmations", to repeat them a thousand"¦er, million"¦uh, kajillion times until you eventually, um, believe them.

Have you ever said or written or watched positive "affirmations" (for example, "I am rich, I'm happy, I have enough")"¦ and then had…

Me too. And about a squillion other people.

One morning in 1997 while I was taking a shower, I was thinking about how the human mind is always in the process of asking and seeking the answers to questions. For example, if I asked you, "Why is the sky blue?" "“ your mind would instantly start SEARCHING for the answer.

In fact, it would start searching for the answer WITHOUT YOUR CONSCIOUS VOLITION. In other words, your mind would automatically, without any conscious effort, begin to search for the answer to the question.

So I asked myself a very logical question. "If the human mind is always asking and searching for the answers to questions, why are we going around making statements that we don't believe? Why don't we cut out the middleman?"

WHY AM I SO RICH?

Do you know what your brain is doing right now? Your brain is now SEARCHING for the answer!

Since Biblical times, and in recent movies like "The Secret", we have been reminded that there is such a thing as The Law of Attraction, which I call The Law of Sowing and Reaping: "As you sow, so shall you reap".

But what is it that we're really sowing? We are sowing seeds of thought.

But most people are sowing lousy thought-seeds, which are in the form of disempowering questions like: "Why am I such a loser? Why can't I do anything right? How come I'm so lonely? Why can't I lose weight? Why don't I have enough money?"

When you sow seeds like that, guess what you reap? The fruits of what you've sown "“ which means your life shows up as what you've been unwittingly asking!

And that's how, on that fateful morning in April 1997, I discovered and named the process of AFFORMATIONS. Afformations are my discovery of empowering questions (NOT "affirmations") that cause your mind to focus on what you REALLY want and what you HAVE, and stop focusing on what you don't want and don't have.

Here are some examples of Afformations that my students have used with amazing results:

Brandon, an insurance salesman in Salt Lake City who'd spent $30,000 on self-help programs with few results, started using this Afformation in May. In 30 days, his sales tripled "“ and by the end of the year, his revenues had increased more than 560% and he was named Agent of the Year.

Mary, a realtor in Minnesota, had tried every diet program out there, but couldn't lose weight. She began asking this Afformation "“ and lost 22 pounds in less than 90 days without stress or dieting. She went from a size 14 to a size 8 and began wearing clothes that hadn't fit in over 10 years.

And one of my favorite Afformation stories"¦

7-year-old Adrienne from Alabama came home crying to her mother, Joan, sobbing, "Why does everyone hate me?" Joan, who had read my Afformation books, told Adrienne, "Honey, you're asking the wrong question!" She explained Afformations to her daughter, who started afforming, "Why am I so enchanting?"

Adrienne would repeat her Afformation over and over, out loud. Then one day, she came home from school with a picture one of her classmates had drawn "“ it was a heart with two little girls holding hands that read, "I'm so glad we're friends!" When I asked Joan how long it had taken for Adrienne's transformation to take place, she told me "“ less than one week!

Afformations are an incredibly powerful method I've taught people since 1997 to change your questions and change your life. In Part Two of this series, I'll show you the simple 4-step Afformations Method to manifest anything you really want twice as fast with half the effort.

Noah St. John, Ph.D. is Founder of www.SuccessClinic.com and inventor of Afformations. He's also the author of the new book The Secret Code of Success: 7 Hidden Steps to More Wealth and Happiness (Collins).

You can get the first three chapters of Noah's Secret Code Book (free) and connect with other Secret Code readers at     http://www.SecretCodeBook.com

For a 60-Second Afformation Stress Buster (free), go to http://www.iAfform.com