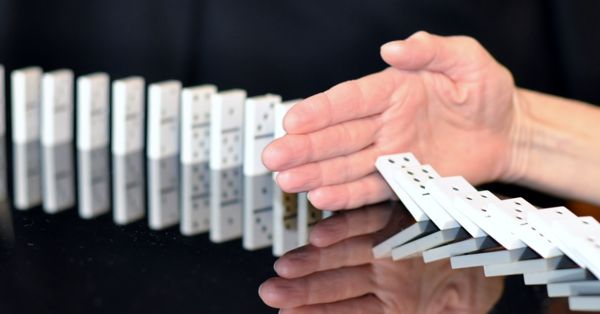 Science has discovered two major traits that have been proven to have a wide range of benefits, intelligence and self-control. We do not have much control over our intelligence (note that this is different from learning, we can all learn) but we can strengthen our self-control.

It is very interesting to note that self-control acts in the same way as a muscle, getting tired out after repeated use. In an interview with Researcher by Roy F Baumeister, who conducted a study in self-control; he concluded that self-control is a limited resource. It is more difficult to perform consistent acts of self-control.

Afterwards, they were told to work out a geometric puzzle that had no solution. The first group, who was able to indulge in chocolate chip cookies quit after about twenty minutes. The group that had to practice restraint and eat the raisins quit, on average, after only about eight minutes.

This goes to show us that our self-control gets tired just like a muscle but it can be built up over time by exercising it and allow you to perform extraordinary feats of will.

When we exercise self-control after making a decision it becomes more difficult. When we practice self-control first, it becomes easier to make decisions because our minds switch to simpler processes. For example, a dieter may avoid a donut first thing in the morning but after making tough decisions about work and life all day, their self-control may have slipped by the time they should say no to cake as dessert after dinner.

Research at Duckworth Lab at the University of Pennsylvania’s positive psychology center concluded that when self-control was measured against talent over time the ones that practiced grit rather than relying on talent came out as more successful. For example, in an experiment carried out between two groups at West Point, those that relied on self-control had a better chance at being able to move past the first summer of intense trials over those that had domain relevant talents such as physical fitness.


3. Self-control can help us curtail impulsive behaviors such as lying and binge drinking

In a study conducted by Meldrum et al. A group of 1600 adolescents in US schools were asked if they had taken a fictitious drug and if so, how frequently.

Out of the participants, 40 said that they were familiar with the medicine and had taken it in the past.
This goes to show that some people can’t help lying and those that have low self-control are more likely to succumb to the impulse even if, like in this situation, they have nothing to gain from it.

In a study by Bertrams et al., participants were asked to solve math problems while under pressure. The participants that were evaluated as having low self-control were distracted by negative thoughts and did much poorer than their disciplined counterparts.

Self-control allows us to focus our energies on the task at hand and tune out distractions which make sure we perform to the best of our abilities. It also allows us to kick those negative thoughts out of our head, a major impediment to long term success.


5. More likely to get rich

Although self-control is not the end all be all when it comes to making millions, it is an incredibly significant factor.

Have you ever held two conflicting desires in your mind like wanting to eat a the last piece of red velvet cake after dinner but at the same time wanting to drop a few pounds?

People that are able to practice self-control have more harmonious lives because they avoid situations in which they have to choose between desires.

Instead of fighting with themselves over eating the last piece of cake to stick to their diet, they would not have bought the cake in the first place and therefore prevent themselves from being exposed to conflicting desires.

Self control is one of the most important skills that we can learn to harness. The positive effects spill over into many different parts of our lives and allow us to make better decisions and experience a better reality.

Self control is not all bout denying yourself pleasures, it also encompasses working towards a higher ideal and sacrificing some things in the now in order to achieve long term goals. Many people are unable to make exert the necessary will power to make the changes that they so desire in their lives. One thing that holds true no matter where you are or where you are going, nothing TRULY worthwhile every came without putting forth a little effort.

“I am, indeed, a king, because I know how to rule myself.”  Pietro Aretino

Daniel Ndukwu is an author, blogger, marketer, entrepreneur, founder of ; and a whole bunch of other cool stuff. You can get the Productivity resources he uses to be a superhuman .