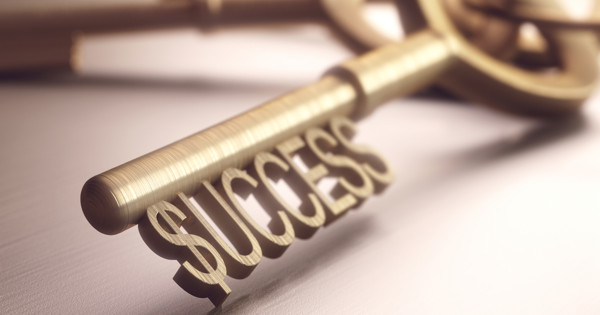 Turning 40, I watched while my younger sister (13 years younger) succeeded at marriage, succeeded at running her own business, succeeded at buying her own home, succeeded at countless vacations abroad while I sat in my open-plan rented flat, no money, no partner, nothing to count as an achievement in the ordinary sense. In my eyes I was a complete failure.

So how did I turn this around?

I stopped counting other people's achievements and I started to look at my own.

What is success anyway?

The problem with the 'failure story' is that those of us who carry it tend to believe that   everyone around us is succeeding. We look at other people as our benchmarks for what success is instead of questioning what it actually is and what it means on a much deeper level.

Success used to be how much money I had in the bank, whether I had a loving romantic relationship, if I had a thriving business and a great social life. Success meant heaps of confidence, popularity and feeling like I fitted in everywhere.

I had to redefine success.

Success is simple. If you are alive, breathing on planet Earth, you have already succeeded at being who you came here to be. Each moment is success. Eating, sleeping, watching the birds out of your window, loving, laughing, crying"¦ all of these are success. Failure is when we confuse what we do with who we think we are and if that is not working, we believe it is highlighting our inherent lack of value as a human being.

This is simply not true.

Would you rather be rich and materialistically thriving or emotionally wealthy?

Just because somebody appears to 'have it all' doesn't mean they do. An outer appearance of success doesn't mean that a person is joyful or happy. If someone needs riches or needs the outer world to keep changing in order to feel successful, it will always be a race to get to someplace else other than here, but where you are right now is where you need to be. If you were meant to have some other experience you would be having it. Sometimes what we need is challenge until we no longer need it anymore.

Emotional wealth is the experience of being okay with where you are. Accepting and acknowledging the beauty of the moment. Recognising the worth in your own unique personal story, no matter how full or lack-full it may appear to be to the judging mind.
We all have the power to love, to be loved and to embrace our circumstances with peaceful acceptance. And from this space, success becomes a day-by-day experience of life, not a goal to aim for.

I lost count of the number of times I cried about the state of my life. I wondered where I had gone wrong, why was I not more motivated, more enthusiastic about life? Where had my 'get up and go' gone?

Sometimes we put our all into something and it doesn't work and we then do it again and again and after a while it feels like we are being crushed by failure. Other people may fail many times, but instead they use it as a trigger for change and continue working on their passions until they succeed at their goals, but when you feel powerless and have low self-esteem, it can be hard to get out of bed never mind leap back onto the saddle of life.

I turned failure into power by questioning why whatever I was doing was failing. Why didn't it work? Was I invested in it fully emotionally? Was it my dream or somebody else's?

When we think we've failed, we need to take a closer look at whether we actually needed that dream to manifest, or whether we needed to go within and embrace whatever feelings were vying for our attention, like anxiety, depression, sadness or anger.   Because sometimes we are trying to live our lives through the eyes of somebody else.

If we believed that certain things make us a person of value and worth, we may make it our life's work to attain these things, but if we don't stop to question whose dreams they are, we will feel as if we are on a failure treadmill accomplishing nothing that our hearts really desire.

How do you work towards a goal? Do you pursue it with discipline and control without any leeway for mistakes? Is a need for your dream to be perfect before it is ready to be seen stopping you from allowing anything into its full fruition?

Sometimes we hold ourselves back by perfecting our craft to the point that it is never ready. For example I have a friend who has been perfecting his book for over 15 years, and instead of allowing imperfections or mistakes to happen, he has refined, revised and edited it till the cows come home. And I have done the same with a fear of public speaking. I have held myself back from allowing my voice to be heard for 30+ years until recently.

We often fear making mistakes to the point that the mistake comes from not allowing our passions to be birthed into this world. Sometimes you just need to put it out there, whatever 'it' is and trust that you will handle how the world receives your creation.

If 10 people are following one path and they follow the person in front who is leaping off the cliff, 9 people die because they were not prepared to own and trust their uniqueness.   The same can happen with business, with dreams and goals. Yes, learn from how others work, but always make sure you do it your way, in your time.

Just because somebody says you must do 'x,y,z' in order to succeed, doesn't mean this is 'your' way to succeed. Embrace your sense of failure by recognising your need to own your own voice and own your power. Get back to who you came here to be, not an imitation of somebody else.

Allow failure to make you, not break you.

Begin to see where in your life needs your attention and what needs to fall away.

And most of all forgive yourself for seeing yourself as a failure and embrace who you are.

How do you handle 'perceived' failure?

What tools are in your success toolbox?

Kelly Martin, self-help blogger and author of 'When Everyone Shines But You', helping people remember their worth. Business owner supporting inspirational writers through editing and proofreading.