Now I know that you're not used to hearing something like that on a personal growth blog. You're used to hearing things like, "If you can conceive it, you can achieve it," and "There's nothing you can't do when you set your mind to it."

That's all well and good for the majority of the goals we set. However, the truth is that there are some things that you and I actually CAN'T do.

I often tell my coaching clients that if you continue to go after these impossible goals, you will not only waste your time, money, and effort, you will invariably end up feeling frustrated"”not because you didn't try hard enough, but because you're going after something you shouldn't have been going after in the first place.

Here are 5 impossible goals you should stop going after immediately"¦ 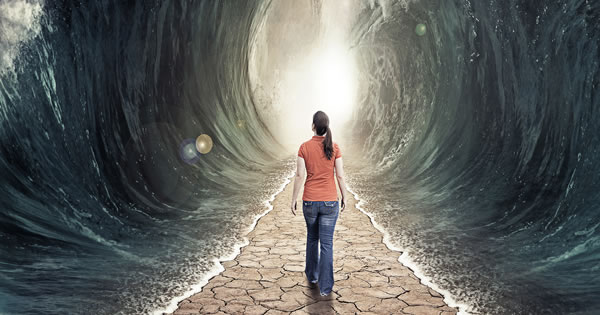 Impossible Goal #1. "I have to make everyone happy."

The truth is that you CANNOT make everyone else happy. In fact, technically, you can't "make" ANYONE else happy. Why is that? Because each of us is ultimately responsible for our own happiness or unhappiness.

This impossible goal comes into play a lot in our personal relationships. Have you ever been in a relationship with someone who, no matter what you do for them, no matter how much you give and give and give, they're still never happy? I can hear some of you saying, "Noah, have you been following me around!?"

Of course, you and I can influence otherpeople's happiness. But ultimately, you can't make anyone else happy.

Impossible Goal #2. "I have to be perfect and never make a mistake."

Yeah, that's the key to success, all right: be perfect and never make a mistake. Notice how perfect all the highly successful people are. Of course THEY'VE never made a mistake in their LIVES. I hope you are seeing the humor here!

Impossible Goal #3: "I have to never fail. Everything I do has to succeed."

This goes along with Impossible Goal #2, believing that you need to be perfect in order to be successful. One of the ironies of these two impossible goals is that what you are really trying to do is to eliminate the fear of criticism.

Two of the most debilitating fears we have are the fear of failure and the fear of criticism. How many times have you stopped yourself from trying something new because of thoughts like, "What will THEY say if I try this?" or "What if I try and fail?"

Imagine how your life would change if you stopped being afraid of failure and stopped being worried about what other people think or say about you. That's what can happen when you let go of this impossible goal.

Are you kidding me? Even if you were to stand on the street corner and start handing out $20 bills, there would STILL be people who wouldn't take what you're offering.

And by the way, I wouldn't recommend doing this; unless, of course, you come over to my house. 🙂

This is ironic, because we've often heard that "a goal is a dream with a deadline". So we've been brainwashed into setting time-centered goals.

However, there's another truth about life that we don't often hear and don't like to admit: Almost everything tends to take twice as long as you think it's going to take.

That's why so many people who set a goal for themselves of, for example, retiring by the age of 40 are beating themselves up because they missed that deadline.

We need to realize that most of our time-centered deadlines are actually made up out of thin air. There's no real magic behind the ages of 30, 40, 50, etc. other than that they are divisible by the number 10.

My point here is for you to stop beating yourself up if you've set any of these time-centered goals and have not reached them yet.

If you are feeling that something is "off" about the direction of your life, stop going after these impossible goals and start going after the things that actually make you happy.