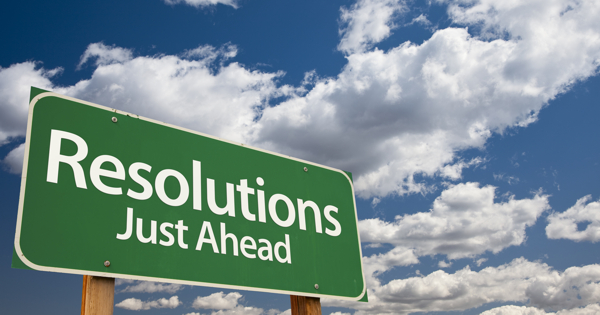 It’s that time again! New Year’s resolutions abound. Despite the stark statistics stating that only 8% of us will accomplish our resolutions, nearly half of us will make them before embarking another voyage around the sun.

Resolutions are, at their core, a reflection of our innate desire to live better lives. While the struggle for self-improvement is real, it’s certainly not new. In particular, philosophy has been concerned for centuries with exploring the question of what it means to flourish.

Depending on your resolution, you may need to choose a different plan of action and philosophical approach to overcome the odds.

Here are 4 philosophers representing the 4 most popular types of resolutionists amongst us:

Read: Letters From A Stoic by Seneca

If your resolutions require mental fortitude, never fear, Seneca is here. A Stoic philosopher who had the misfortune of being advisor to Nero, Seneca practiced what he preached and has great words of advice for any of us facing resolutions that demand self-discipline. First, he believes that we have more than enough time, we just don’t spend it wisely enough. Second, like Marcus Aurelius, and other Stoics of antiquity, Seneca believes we are in control of our own thoughts, and therefore we must take responsibility for our actions and overcome our own self-defeating tendencies.

Solutions: Keep a productivity diary to monitor how you use your time, use apps that block you from online distractions like social media sites so you can be more productive, set an alarm for 25 minutes to time your tasks (a la the Pomodoro Technique), start and end your day thinking about what you’ve done well and what needs to be done still (a Stoic practice that has been modernized for teams), and focus on the reason for changing your behavior.

“Luck is what happens when preparation meets opportunity.”

“Life is like a play: it’s not the length, but the excellence of the acting that matters.”

Resolutions: Be kinder, donate time or money to charity, forgive someone who wronged you
Philosopher: Immanuel Kant
Recommended Reading: Groundwork Of A Metaphysics of Morals by Kant (Warning: Kant’s writing can be bit challenging to get through.)

If you are feeling overwhelmed by the tragedies we read about in the news, taking action to support something you believe in will help prevent you from becoming paralyzed by your own empathy. If your New Year’s Resolution involves being a better person via charitable acts, but you don’t have saint-like tendencies, Kant is in your corner. He understands that some days, despite your best intentions, you won’t really want to get out of bed on a Saturday morning to volunteer at a local animal shelter, or donate a portion of your check to supporting families of the refugee crisis, or pick up the trash the person in front of you just threw onto the ground. But, and this is a big but (and I cannot lie), how you feel about doing your moral duty is irrelevant. What matters, according to Kant is simply that you do it. Kant espoused that one’s dedication to duty is the highest aim of morality. Unlike Aristotle who believed that our natural inclination towards empathy and good works determines how virtuous we are, Kant believed it is the good we do, despite how we feel in the moment, that really matters.

Solutions: Decide now what you believe is your moral obligation and then prioritize this above all else. Schedule your volunteer shifts in your calendar and set up other routines to around it. For example, plan to do your weekly grocery shopping on the way home, or offer to drive another volunteer (bonus do-gooder points!). Have a percentage of your paycheck automatically deposited from your account to the organization you believe it is your duty to support. Tie yourself to the proverbial mast so that when the time comes to do the right thing, you will.

“Act only according to that maxim whereby you can at the same time will that it should become a universal law.”

“Treat people as an end, and never as a means to an end”

“An action, to have moral worth, must be done from duty.”

Read: The Nature of Things by Lucretius, an Epicurean poet writing in the middle years of the first century BC. (The vast majority of Epicurus’ own writings were destroyed.)

If you find yourself thinking, if only I could have/be/do then you’d do well to first consider the advice of the ancient Greek philosopher and happiness promoter, Epicurus. Despite the present use of “epicurean” to denote the finer things in life, Epicurus actually touted simple living. He believed the happiness that comes from peace of mind and an absence of pain. As a way of surrounding himself with like-minded folks,   Epicurus started a community called The Garden where the inscription above the gate read: Stranger, here you will do well to tarry; here our highest good is pleasure. But by pleasure he didn’t mean momentary pleasure by having the best/shiniest things, but rather lasting pleasure that comes with tranquility. He taught that by not pursuing the finer things in life, he didn’t miss them when they weren’t there, and his diet consisted mostly of bread and olives, with the occasional bit of cheese.

Above all, when it comes to happiness, Epicurus believed the most important ingredient was friendship. And friendship, fortunately, is free.

Solutions: Invite your friends over for a potluck dinner once a month or a picnic in the park during warmer seasons instead of going out to bars or fancy dinners. Do a quarterly “spring clean” and donate or get rid of excess belongings. Stop following brands or acquaintances that make you feel “less than” and unsubscribe from unwanted newsletters and subscriptions. Save for items that make you the happiest in the long run, or even better, save for experiences instead of things. Most importantly, don’t delay happiness. Goals can be good, and there’s nothing wrong with seeking beauty or excitement, but also know that what you have now is all you need. The rest is icing on the Epicurean cake.

“Of all the means to insure happiness throughout the whole life, by far the most important is the acquisition of friends.”

If your resolution requires taking a risk, sharing your voice or vision with the world, and/or not letting fear hold you back from stepping into your true self, existentialist writer Simone de Beauvoir would give you a thumbs up.   Most known for her thoughts on ethics, feminism, and politics (as well as her tumultuous relationship with Jean-Paul Sartre), de Beauvoir rallied against the “spirit of seriousness” in which she believed we focus too much on ideas, and lose sight of our freedom and ability to act as we see fit. If you’re worried about others judging you or your work, remember that they, like David Bowie in The Labyrinth, have no power over you.

Solutions: Do a 100 Day challenge (wherein you do something every day for 100 days like paint, try out a new recipe, write in your journal, exercise, etc.) Think about who inspires you (living or dead) and put a picture of them by your desk. Do the first step today, whether that’s booking a ticket, purchasing a web domain, or buying a sexy red dress for that tango class you’ve been wanting to take.

“Be loved, be admired, be necessary; be somebody.”

“To be oneself, simply oneself, is so amazing and utterly unique an experience that it’s hard to convince oneself so singular a thing happens to everybody.”

“All the opportunities you let slip by! The idea, the inspiration just doesn’t come fast enough. Instead of being open, you’re closed up tight. That’s the worst sin of all – the sin of omission.”

Whatever vision you have for this year, savor the opportunity to start fresh, and with intention. If you feel afraid to tackle a new dream, or intimidated by fresh starts, consider the words of Plato: The beginning is the most important part of the work.

Monica is the founder of Cheshire Parlour, a modern day philosophy and culture salon, focused on interdisciplinary conversations to affect personal and global awareness. Monica speaks at conferences and events around the world on the topics of purpose, creativity, and reprioritizing the way we live and work. Doors are now open for her popular online class: How To Write Your Manifesto