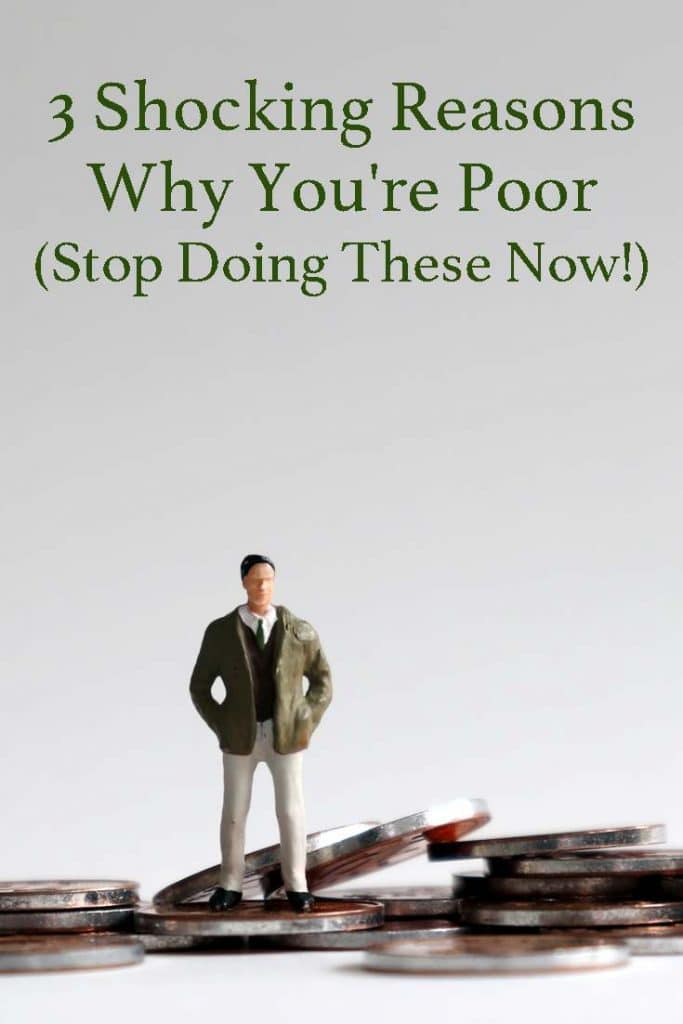 Everyone wants to be rich. Those who say they don't are either lying or have some deep-seated, messed-up beliefs and mindsets that are limiting the abundance they could have had. It's time to fix all that.

If you're struggling with money, one or more of these shocking reasons could be the culprit…

Reason # 1: You Believe That God/the Universe/Source Loves The Poor And Hates The Rich.

You continue to think and act in ways that make you poor (even though deep inside you want to become rich), because you think God/the Universe/Source loves the poor and hates the rich.

So you try your best to stay in your present condition and don't make any effort, because you don't want to 'offend' God/the Universe/Source. 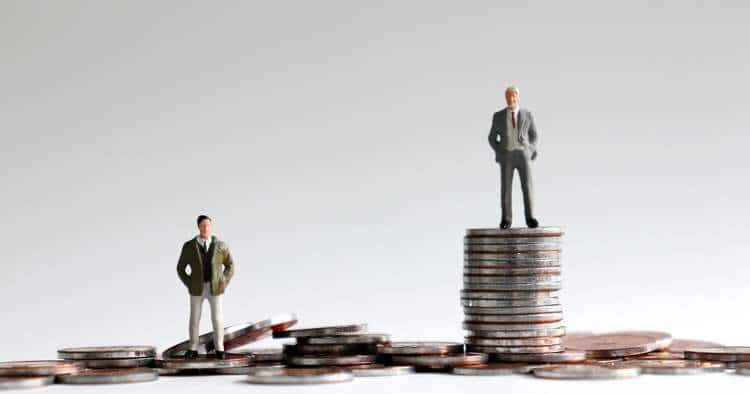 Or everytime you've been presented with an opportunity to increase your income, you brush it off simply because you're afraid that the more money you get, the farther away you will be from God/the Universe/Source.

But that's simply not the case…

God/the Universe/Source loves cheerful givers; so the more money you have, the more you can give away to others. If you're broke, then you don't have anything to give. That sounds selfish to me (and selfishness is not a godly virtue).

You might reason that once you become rich, you'll have a change of heart and become a 'different' person. But money will only amplify what you already are.

If you still insist that money will control you if you get rich and you'll become a sinner (heaven forbid!), well, that's just a lack of self-discipline on your part.

You have absolute control over your actions, and you can't blame money for 'influencing' your behavior. If you think money will take over you, then you don't deserve to have it anyway.

When we talk about giving, it's not just about the money. It's more about giving value to people. What value can you give to others in exchange for the money you'll receive?

Oftentimes, people think about how much they want to earn this month or what their targeted net worth is at the end of the year. It's not bad to think about these goals, but the more important thing to focus on is what value you can give to others.

Instead of focusing entirely on earning $10,000 a month, why not focus more on serving 10,000 customers? How can you help them with their problems, improve their lives and make this world a better place in your own special way? Once you focus on the value you give to others, money will just be a byproduct.

Giving wisely also means combining wisdom with generosity. There are people who always give, give and give to someone; while the receiver only takes, takes and takes. And because this receiver knows that the giver will just feed him with a silver spoon, he'll just sit on his lazy ass all day, exert no effort on his own, and just depend on the naive giver for his needs.

Your feelings highly affect what you attract into your life. And it's hard to attract money when you don't feel wealthy.

But how can you feel rich if you're living in a 'poor' environment? Well, you just have to use a little creativity.

You might not be able to book a room at an expensive hotel yet, but you can probably order a bottled water at the hotel lobby while eavesdropping on the conversations of affluent customers, or even just walk around the area and 'absorb' the beauty of your surroundings.

You might not be able to buy your dream car yet, but you can always test-drive one and feel like it's already yours.

You may also post pictures of all the things you'd like to buy. Create a vision board and put it in a place where you can see it often.

A technique I found to be very effective is the Wallet Process which I've learned from the book 'Ask and It Is Given' by Esther and Jerry Hicks. You simply put a $100 bill (or its equivalent if you have a different currency) on your wallet. As the day goes on, be aware of the many different things you could buy with that money. When you pass by a store, take a mental note of the stuff you can buy with your $100 and feel that you really can purchase it if you wanted to. Then when you pass by your favorite eatery, be aware that you can order anything your stomach craves from the menu, if you really wanted to. The great thing about this technique is that since you're just 'mentally' spending the $100 over and over, you can feel like you've spent the equivalent of up to several thousands of dollars on that day… versus actually spending that hundred bucks just once. What you're after here is the feeling of abundance.

So there you have it… Now that you've discovered the reasons why many people are poor and how you can turn it all around, it's time to start your journey to riches. May you be blessed with all the abundance and prosperity that life has to offer.