We all know Albert Einstein to be one of the most influential thought leaders of the 20th century. He was a genius beyond his time and was often considered crazy. His intelligence was unlike anything anyone from his time could comprehend and some, today, think that he may have even had Asperger's syndrome but because this condition was also unheard of in this time, he was generally labelled insane. 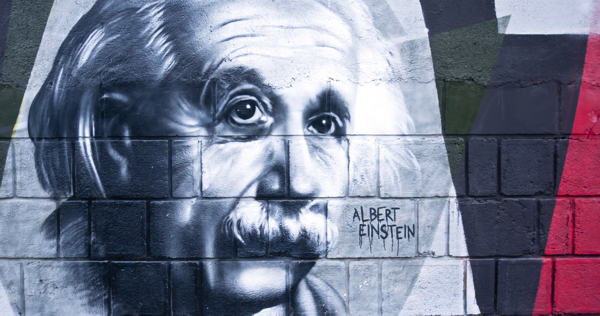 Call him what you want, but he was brilliant. Winning the Nobel Peace Prize in 1920 definitely put his name on the forefront of everyone's mind and made him the most influential person of his time. Below are some of his most popular quotes that, even today, still have a huge impact on how we think and live.

1. The most beautiful experience we can have is the mysterious. It is the fundamental emotion that stands at the cradle of true art and true science.

2. Peace cannot be kept by force. It can only be achieved by understanding.

4. Human knowledge and skills alone cannot lead humanity to a happy and dignified life. Humanity has every reason to place the proclaimers of high moral standards and values above the discoverers of objective truth.

5. Common sense is nothing more than a deposit of prejudices laid down by the mind before you reach eighteen.

6. Insanity: doing the same thing over and over again and expecting different results. (one of my favorites)

7. The difference between genius and stupidity is that genius has its limits.

8. Two things are infinite; the universe and human stupidity; and I'm not sure about the universe.

9. Anyone who has never made a mistake has never tried anything new.

10. It's not that I'm so smart, it's just that I stay with the problems longer.

11. Life is like riding a bicycle. To keep your balance, you must keep moving.

12. Imagination is more important than knowledge. For knowledge is limited, whereas imagination embraces the entire world, stimulating progress, giving birth to evolution.

13. Falling in love is not at all the most stupid thing that people do "” but gravitation cannot be held responsible for it.

15. Only a life lived for others is a life worthwhile.

16. I never think of the future. It comes soon enough.

17. Education is what remains after one has forgotten what one has learned in school.

18. Imagination is everything. It is the preview of life's coming attractions.

19. Small is the number of people who see with their eyes and think with their minds.

20. If you can't explain it simply, you don't understand it well enough.

21. The true sign of intelligence is not knowledge but imagination.

22. Sometimes one pays most for the things one gets for nothing.

23. The secret to creativity is knowing how to hide your sources.

24. As a human being, one has been endowed with just enough intelligence to be able to see clearly how utterly inadequate that intelligence is when confronted with what exists.

25. Whoever is careless with the truth in small matters cannot be trusted with important matters.