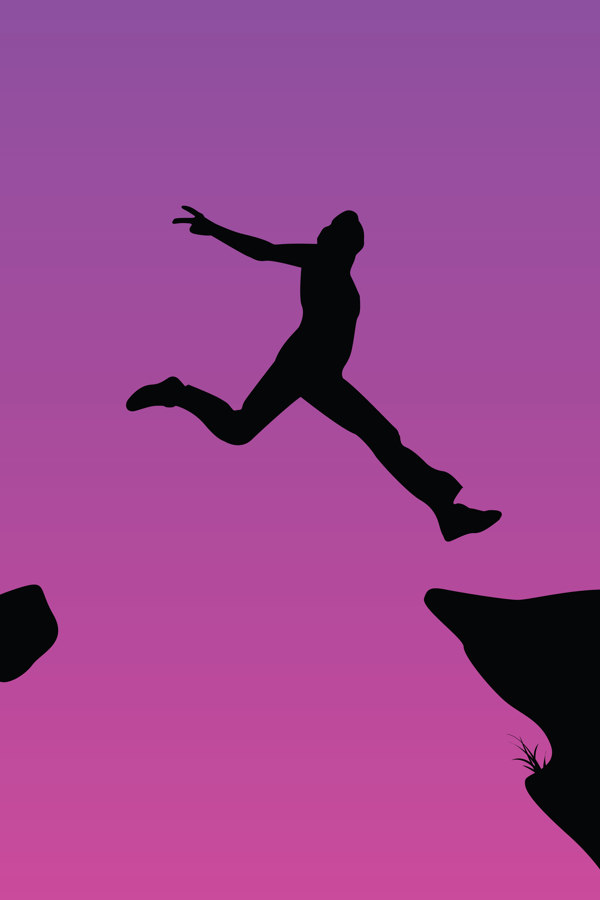 You don't take the promotion because you think you might fail. You don't break out to start your own business because you'll surely lose your house.   You don't sign up for the conference because you don't know San Antonio and don't want to travel alone.

This thinking is holding you back.   You are being lulled into status quo mode. Your brain skews towards survival and it wants you to fear anything that is not status quo.   This was important when there were Sabre-tooth Tigers and poisonous berries in abundance. Survival is a good thing but stagnation is not.   Being risk averse is holding you back.

So here are some ways to take the leap: 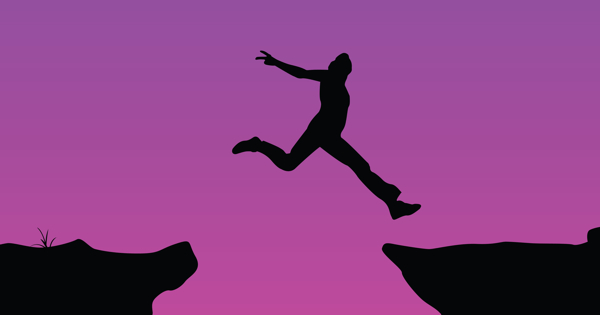 1. Over estimating the probability of failure.

As Margie Warrell wrote in her Forbes article, "We tend to focus more on what might go wrong "“ what we might lose or sacrifice "“ than what might go right. Because what we focus on tends to magnify in our imaginations, it causes us to misjudge (and over-estimate) the likelihood of it occurring." So if you feel like "you are horrible at taking tests" then you are likely to be in the mind set to fail the test.   It will be a self-fulfilling prophecy.   Focus on what can go right.

Really.   We rely on "heuristics" to figure things out.   These are based on your own experience.   So if I have driven from San Francisco to LA successfully 20 times and then one time I take a flight, it has engine trouble;   my "availability heuristic" then makes the decision based on my experience that it's safer to drive to LA.   In a 2013 study by Research in Transportation Economics"A person who was in a motor vehicle for 30 miles every day for a year faced a fatality risk of about 1 in 12,500. Relative to mainline trains, buses and commercial aviation the risk was 17, 67, and 112 times greater, respectively." So I really should be getting on a commercial airplane.   Investigate and question your heuristics.

3. Fear of the unknown can be paralyzing.

Setting up parameters can help.   As Sarah Chang wrote in Muse, "Before you jump into the deep end, consider buffering your risk by setting some boundaries for yourself. One way to do this is to have a timeline. Set aside a certain number of months, and in those months, be relentless. Give it 120%. But if, at the end, there's still no sign of promise, give yourself permission to move on."   I remember the first restaurant I was an owner of in Albuquerque, NM.   I worked really hard for a year but we just couldn't turn it into a profitable business.   So we closed the doors.   It was my first taste of entrepreneurship but it failed.   I learned a lot but at the end of one year.   Done.   Life goes on.

In some cases, a much bigger cost.   It's easy to discount the cost of status quo.   I remember a job I had where my boss had done some underhanded things.   I had a really big salary.   I also had a really big mortgage.   But the cost of staying was killing me internally.   I was stressed out and my quality of life was miserable.   As Warrell writes, "We come up with excuses for why sticking with the status quo is a feasible option; why playing safe and not putting ourselves at risk of failing or looking foolish is "˜sensible."   In reality, things that aren't working out well for us now only tend to get worse over time, not better, and issues remain unaddressed in our relationships and lives tend to grow larger, not smaller."   Once I found a job that was willing to move me and my family, I took it.   Patience is a virtue but inaction over time will set you back.

I remember my first job out of college.   I was working in Manhatten and had 25 employees reporting to me.   We worked some of the employees 60-80 hours a week.   We did not pay them overtime.   I knew better but I was afraid to speak up.   It was my first real job and I didn't want to anger my boss.   When you don't speak up, it causes resentment.   I had a story in my head that she would fire me if I spoke up.   Instead, I paid for it with sleepless nights and the knowledge that I let my employees down.   My risk aversion held me and my employees back.   Now?   I speak up.   It might be uncomfortable, it might be scary, but it's empowering in the end.

As I write this, I realize that I'm more of a risk taker than most.   I've moved coast-to-coast twice, I've owned four businesses and I've traveled to three continents.   It's exhilarating.     I recently found an opportunity to travel to Paris which has been on my bucket list since the age of 13.   I leapt.   I'm studying French feverously and setting out a plan.   Where risks are you not taking?