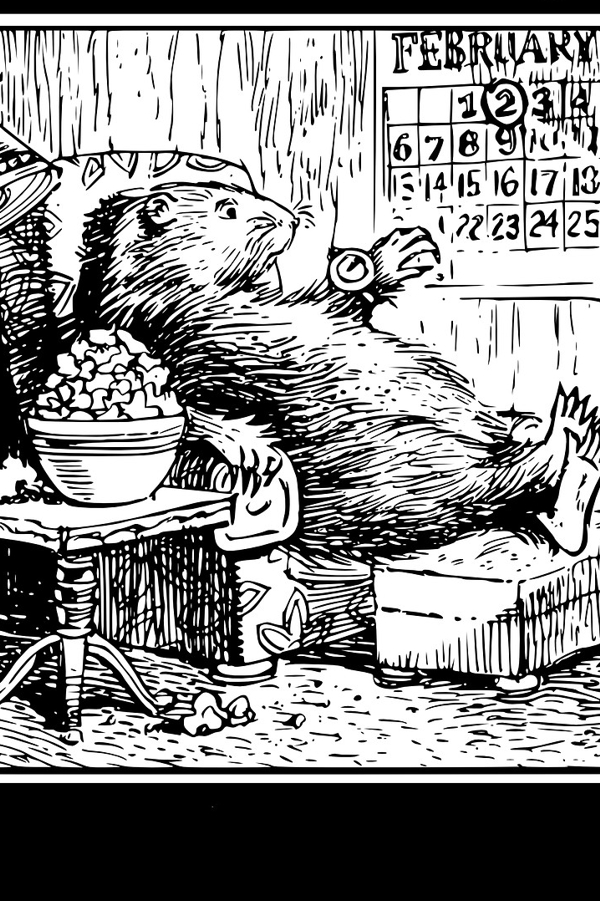 Do you feel a sense of tedious inevitability?

A sense that, no matter how hard you try, you just keep making the same mistakes year after year?

Do you feel like you're stuck in the movie Groundhog Day? (In fact, it's worth checking now to see if a pesky little critter is hiding in the closet before you continue).

If you do, take heart; you're not alone. 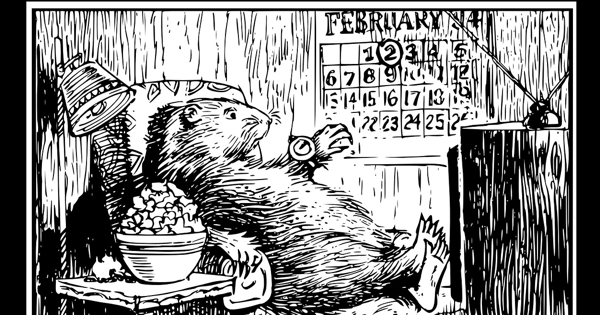 You see, only 8% of people manage to keep their resolutions. The rest, the 92%, drag their way through the New Year feeling powerless, like Bill Murray's character. And by now have quit or are on the verge of quitting.

But just like Bill Murray's character, you can get smart. You can break the pattern of broken resolutions.

For years, I beat myself up over all my failed resolutions until I discovered the secret that the 8% had selfishly hidden from the rest of us.

Spoiler: It isn't your lack of willpower that's scuppered your resolutions. Many of that elite 8% haven't one ounce more self-discipline than you "” maybe less. They simply found out, mostly by trial and error, how to make resolutions that keep themselves.

And I'll spill the beans so you can avoid the pain of all that trial and error, stomp on that pesky critter, and make this your year.

Got your stomping boots on? Then let's grab our defibrilator and bring those fading resolutions jumping back to life.

So you've decided to hang tough on your New Year's resolutions, and get stuck back in and kick ass.

However, you're the one about to get your ass kicked.

A common resolution is to get in shape. After all, wheezing up the stairs and panting after the kids are constant reminders that you'll struggle to enjoy life to the fullest when you've placed fitness in the back seat.

But getting in shape is a huge undertaking in itself, usually involving losing weight and improving fitness. Imagine Batman trying to defeat The Joker and Bane at the same time. Okay, he's good, but not that good!

Focusing on more than one resolution at a time is a sure way to stay in the 92% camp again this year. The word focus is singular. The plural is foci or focuses, hard to say and even harder to do.

If the image of you jogging up those stairs and easily keeping pace with the kids has you punching the air with your fist, then that's your one focus. Now, you may have to lose weight and improve your fitness to achieve it, but you should only focus on one at a time.

Tip: If you have two or more that you can't decide between, choose whichever you believe would be the easiest to achieve first.

So now you're focused on one major resolution; you're set to go, right?

Not quite. You're trying to run before you've even gotten into your stride.

Let's suppose you want to swap the worry of mounting credit debt, or too much month at the end of the money, for the peace of mind that comes with a more sustainable financial future.

A simple plan would be to spend less and save more. But slashing your spending in half overnight is not a sustainable policy (unless you're staring bankruptcy in the face and thus may have little choice).

In most cases you need time to adjust.   Time for the new habit to bed in.

Instead, underwhelm yourself. Work out the smallest step you can make, then take it immediately and consistently until it becomes harder not to do it than to do it. Only then ramp it up and move on to the next step.

So start on your road to better finances by keeping a simple record of how much you spend each week and on what until it becomes second nature. Then take the next step from there, setting a proper budget where now you actually know where your money's going.

Or going back to our get in shape' resolution,   aim to go out three times a week and simply jog around the block for five minutes maximum.

Leaping straight in with both feet will get you beat as surely as the caped crusader got his ass whipped by Bane the first time round.

Imagine opening or clicking on your credit card or loan statement and seeing a bit fat zero. Or checking out your savings account and seeing extra zeros! That's going to take time because you need to replace a frankly lousy money habit with a better one.

Sound like a long-winded approach? Maybe, but how long's it going to take you to keep a resolution you keep breaking?

So you've worked out your first step, and you're hip to the fact that this thing's going to take some time. Are you green-lit all the way? No, but you're amber.

Another common resolution is to lose weight. Maybe you feel a little like the Hulk, bursting out of your clothing at unexpected moments. There's some extra, unsightly you you'd love to ditch, maybe even get a Hulk six pack.

Most people's approach to weight loss is to leap onto the latest dieting fad.

But what you really want is to weigh in at, or near enough to, your ideal weight for the foreseeable future, not just for this year.

Most diets are just unsustainable, quick fixes. What you need is a sustainable lifestyle change.   And most importantly, one that you can come to love.

So if your resolution is to lose those pounds, then forget the diet, and start a healthy eating regime that you can learn to love. One that's tasty, fulfilling, and sustainable in the long-term.

Imagine never steeling yourself to start a diet again. Picture your wardrobe fitting comfortably. See yourself flexing those Hulk-like abs.

Fall in love with the process and all your willpower struggles will evaporate like ice on a barbecue.

Remember the spoiler? Here's the secret: The 8% who keep their resolutions don't rely on superhuman willpower at all. They know throwing themselves into a pitched battle against a superior foe is something even a superhero would think twice about. So they cheat.

If your main resolution is to quit smoking, stop coughing up crap in the mornings, and not have to hide from the kids every time you light up, you need to cheat.

So if you want to quit smoking, stop relying on willpower. Instead, identify and remove your weaknesses. These will be different for everyone, so find out what works for you.

If you simply can't resist any cigarette within reach, then throw out any unused cigarettes, and that includes lighters or matches. Change your route to and from work so you don't pass the tobacconist. If you have to, leave your wallet at home, and make sure you empty your pockets of all change. If your friends smoke, keep away from them, or ask them not to smoke around you.

You didn't succeed last time because you relied solely on superhuman willpower that almost nobody possesses, including you.

Having removed all temptation, what can be holding you back now?

Well, assume for a moment that your resolution is to vastly improve a relationship this year. It ticks along, but too often the only spark you feel is one ignited by friction.

Truth is, victory is won touchdown by touchdown, conversion by conversion.

So stack the odds in your favor. Break it down into easy wins (Step2 "“ walk first, run later), and then celebrate those wins.

Tackle areas of friction in your relationship one at a time, starting with the easiest first. And then when you' find you've both avoided a stand-up row or grown a little closer together, do something to cement this new result "” go celebrate together.

Small victories early on boost your resolve to keep going, which is why every score is celebrated on the field even though no one has won yet. It gets you up to keep going to the final whistle.

Imagine no more arguments over the dinner table, just great conversations. Imagine feeling closer to your loved one. Now that's worth celebrating every step along the way.

The last two tips are very powerful, but this next one is a game changer.

Let's say you're looking to change your job for one that pays better. You're sick of every month being longer than your paycheck, but like all of us, you're not keen to shout about being financially challenged. As adults, we're supposed to be money smart, right?

You didn't succeed before because you've tried to go it alone. You've been persuaded that people who keep their resolutions have superhero powers. And just like most superheroes, you tend to work alone.

However, in Avengers, Age of Ultron, even Iron Man, Captain America, Thor, and the Incredible Hulk realize the power of working together to defeat a common enemy.

Get accountable. Join or create a support group, even with your partner, and publicly commit to making the incredible happen.

With your support buddies behind you, you will have the resolve, resources, and help to find that new, better-paying job.

The forces of darkness are no match for the practical, emotional, and collective support an accountability group can bring.

If you follow the six steps mentioned prior, you're on your way to making resolutions that keep themselves.

However, some kryptonite is still out there waiting to ruin your resolution.

Maybe you're looking to further your education this year and learn a foreign language? You've carefully followed the six steps to make resolutions that keep themselves, but you still find your mental and physical capacity mysteriously drained.

This debilitating kryptonite is fatigue, tiredness. You simply ran out of resolve through lack of sleep.

Maintaining positive thoughts and belief in your ability is 100% easier with quality sleep. Research shows it helps you keep self-control at a high level and impulsive desires at a low level, which significantly reduces your chances of breaking your resolutions.

Obvious maybe, but a recent survey showed that 43% of American's aren't getting enough sleep. So remaining focused, breaking a big resolution down into bite-sized chunks, or using any of the other crucial steps to keeping your resolutions relies on sufficient, quality sleep.

Picture feeling robust enough to weather the dips in motivation that come with being human. Get sufficient sleep and keep that resolution-crushing kryptonite called fatigue at sleep's length.

Make Resolutions That Keep Themselves

Break out of your own personal Groundhog Day.

Constantly repeating the same mistakes each year has robbed you of the chance to change your life for the better.

Be smart. Save your hemorrhaging New Year's resolutions by making resolutions that keep themselves.

Mark & Laura are on a mission to help you stay calm, de-stress and grow your happiness by simplifying your life. Download their free cheat sheet: 5 Ways To Say No Without Offending Anyone (Even If You Hate Conflict)