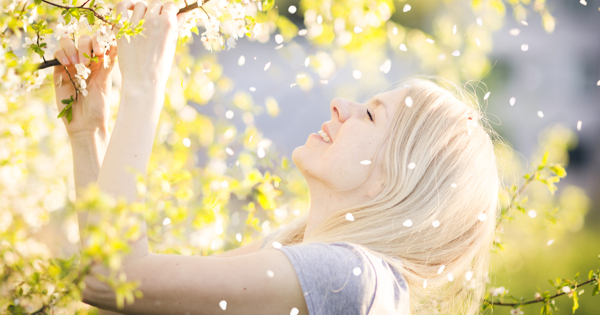 What does authentic mean? Really. So many claim to be authentic but very little prove it. What sets the authentic people apart from the rest of the world? To be authentic means to be genuine, true and real. No second guessing their personality. What you see is what you get. They are the real deal. So what is it that they do that others don't?

In a cookie cutter world, we are mostly trying to fit in, blend in or follow the leader. So few of us want to lead or dance to the beat of our own drum for fear of failure or being laughed at. It's so much easier to just follow the crowd. Not better, just easier. And then there's the authentic people. What makes them different? What sets them apart? Here are just a few things.

1. They are not afraid to stand out.

Whether it be with the way they dress or their voice or their jobs. they have no fear in standing out above and from the rest. As a matter of fact, they don't give it a second thought. There is nothing wrong with their outfit, at all. They are uniquely them and they love being themselves. No inhibitions.

2. They use their voice.

They say what they mean, mean what they say and won't back down from a great conversation, debate or something they strongly believe in. they won't sugar coat things to protect someone's feelings (they won't deliberately or intentionally hurt your feelings either though)

4. They know how to deal with every and any kind of situation.

Stressful, horrible, good and bad. They are extremely flexible in their attitude to life and the cards that life deals and their attitude is more often than not, optimistic and positive. No drama for them.

5. They love their own company.

They really truly do. They think they are awesome and that their company is fantastic. They don't feel the need to have to be with people all the time for entertainment or company. They love themselves enough to hang out alone.

6. They don't need validation from anyone.

Ever about anything. They do their best. If it wasn't their best they will try again tomorrow. They like who they are, they like their hair, clothes, or whatever. They don't need to seek anyone's approval.

7. They don't get defensive when people criticize them.

People are people and not every one is going to like them. They are always open to constructive criticism and take it as exactly that. They are open minded enough to listen to what the other is saying and appreciate their input.

They trust their gut enough to do that thing they've been thinking of or talking about. They don't look to others for advice. Most often, others will deter them from what is in their heart. They just go off and do what their heart is telling them to. Carefree and enthusiastically.

9. There is beauty in everything and everyone and they see it.

They see love and kindness and beauty everywhere and if for one second they don't find it, then they will be it. They will be the change the world needs and are quick to jump in and be that person.

10. They don't hang out with negative or judgemental people.

They really can't be bothered and find it is a total waste of energy and time to be with people who don't see the good in everything. They have no qualms about telling people that either. They don't care if you like that or not.

One important thing you should know about authentic people; they could not care less if you like them or not. They are extremely self confident and don't need you to like them and never seek anyone's approval. They are absolutely perfectly happy with who they are. Remember, they love who they are.