Have you ever been sitting in traffic watching longingly for a gap as cars pass you in the inexplicably traffic-free lane next to yours?

Then, woohoo, a break. So you dart into that magical lane and accelerate all the way to 30 mph only to see brake lights.

And then the unthinkable happens, that clogged up lane you were just in begins to flow, just a trickle at first, but then it becomes the magic traffic-free lane you thought you were changing into. Ugh. 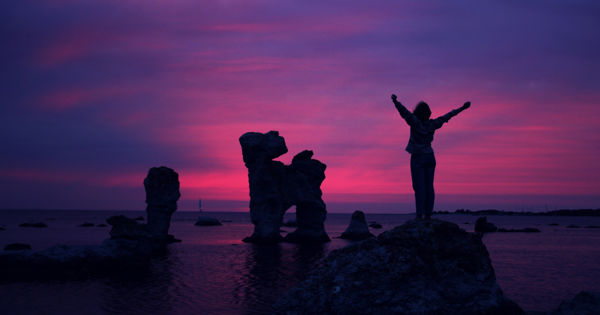 I've had this experience more than I would like to admit.

It's like I'm unable or unwilling to learn from my past experience because I think this time, based on no evidence whatsoever, will be different.

That is essentially exactly what is happening.

And that type of thinking has serious consequences when it is applied outside of a traffic jam.

It will make achieving your goals virtually impossible.

But you can avoid this very tempting trap.

The solution is simple, but it's not easy.

We are All Insane

This lane-switching phenomena is just an example of our ability and tendency to ignore past experiences rather than learn from them and hope blindly that doing the same thing will work out this time.

I'll call it our Insanity Tendency, from the well-worn definition of insanity as doing the same thing repeatedly while hoping for a different result.

The Insanity Tendency, in the context of traffic, is annoying but largely harmless.

In other aspects of our lives, however, it can be far more problematic.

It rears its ugly head in our career, relationships, and finances. And can be devastating in each of these areas.

It can cause you to wastes tons of valuable time at work on tasks that are irrelevant or unnecessary, while preventing you from concentrating on the the things that actually move the ball forward.

It can cause you to interact with your spouse in a way that has consistently failed to satisfy their emotional needs in a blind hope that somehow this time it will.

And it can cause you to make financial decisions that creates and increases debt and limits the freedom you feel in your career and life.

The Insanity Tendency is a bad dude.   So why do we all fall victim to it so frequently.

Because at its core, what it is saying is that when things go wrong, the way you acted was right, but some external factor caused things to go sideways.

In short, it affirms we were right all along and the world just hasn't figured it out yet.

We love being right. The Insanity Tendency assures we are, no matter what happens in reality.

This isn't a super helpful way to approach life.

It does nothing to increase your chance of success and it puts all the power in the hands of fate.

How to Beat the Insanity Tendency

To overcome this and take control of whether you succeed or not, you have to do a very simple thing.

Admit that you were wrong before, and that the reason you didn't get the result you wanted was because of the action you took.

If you do that, the solution is obvious: take a different action.

When you do, you move past the Insanity Tendency and   give yourself a chance at the outcome you want.

To avoid the Insanity Tendency, you have to embrace that you tried to achieve an outcome in the past and failed.

And, importantly, that the failure was your fault.

Fear of failure is a tough, so admitting it to yourself is really hard.

But the reality is that failing is fine. It's like practice for the next opportunity, where you will at least not fail in the same way.

Give yourself a new mantra, "Make New Mistakes."

Doing so acknowledges that you've made mistakes before and that you will make more mistakes in the future. Thus removing the pressure to be perfect and making it easier to admit those mistakes.

It also means you will evaluate the mistake, and make changes, so that if you fail, it won't be in the same way.

That defeats the Insanity Tendency.

It also gives you an opportunity to succeed, instead of destining yourself to a frustrating and potentially disastrous cycle of failing in the exact same way over and over again.

Stay in the slow lane or make the switch?

So what to do with the traffic.

I've certainly done my fair share of lane changing, but I think the answer is stay put.

You'll get there and you'll have the added bonus of avoiding the supreme frustration of seeing the lane you just left speeding along while you sit parked watching it happen.

Today or tomorrow you are going to be presented with an Insanity Tendency situation.

And you will have to choose.

Will you continue to shake your fist at the gods for preventing your well-meaning actions from succeeding?

Or will you take responsibility, evaluate your conduct and the outcome, and then adjust your actions.

Will you make new mistakes, or just keep reliving the same old ones.

It is entirely up to yo

Craig had an "aha" moment when he realized he didn't want to be a walking contradiction to his son, teaching one set of values and living a life driven by a different set. So he had to make a change.
He started Forge Tomorrow Today to helps others in the same boat.
He's put together a guide to help you create your toolkit so you can enjoy the freedom that comes with only caring about the things you actually care about, get it HERE.