UNTIL I REALISED HOW MUCH I WASTED TIME DOING NOTHING! 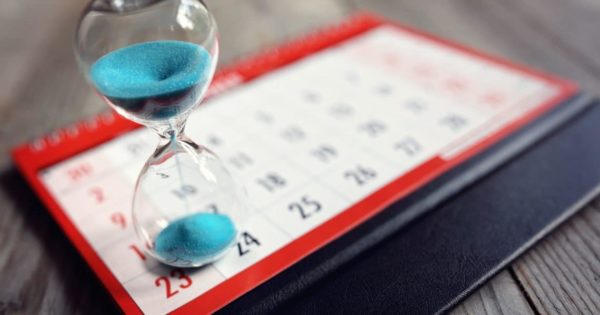 A few years ago, I was living the typical "American dream" life. I was about to get married. I lived in a nice house out in the country, I worked a 9-5 office job for a big company, and seemingly had everything. But after a while, I realised, I wasn't fulfilled. I was doing a job in which I felt no real fulfillment at all. I started dreading going to work, but of course I went, because that is what you do right?

Each day, I would get home from work and feel tired. It took so long to get my head out of "work mode". I would literally just sit on the couch with my partner and "veg out", watching TV while she played video games on her phone or watched TV too. It wouldn't be long before it was time to go to bed, and another day had gone by, too fast.

I was giving my time to everything but myself!

I always looked forward to Wednesday, because the week would be halfway over. Often, my boss offered overtime, so I would agree to work a little later on Fridays and sometimes even Saturday. Who turns down extra money?

The week would end and I would just feel so worn out, but then I would get my paycheck and think it was all worth it, that is the point of the whole thing, right? Finally, my work week was over and I had a bunch of money in my pocket and it was time to have some drinks.

After all, I deserved it.

With no work the next day I was eager to enjoy myself. I would just have to go to the store and get some beer, because I had worked so hard, and I really deserved it, and of course I had to reward myself! I would flick to a sporting event on the television, watch some news and then maybe work on something out in the garage while I enjoyed the cold beer. I might pay a few bills, the night would always fly by, and then before I knew it, it would be Sunday, and chores around the yard had to get done, the lawns mowed and stuff.

I wanted to escape! From the reality of my job and the seemingly endless daily grind, from the square box of my human existence, feeling like a cog in a machine, a relationship going nowhere, a sense of injustice that I should be more than this!

And just as quickly as the weekend would come, it would be gone. I was never really doing anything for me.

I felt like I was getting older by the minute. My relationship dissolved, as we were doing nothing to cultivate it, and I was too busy doing a whole lot of nothing. I was always tired, and just looking forward to the time where I could do "my stuff", but that time never really came.

Until one day, I decided that I was no longer going to live my life sitting on a sofa, watching the world through a window.

I began doing my own stuff.

So I wrote and published a small book. 2 years later, I am now working on my second book. I write articles. I blog, photograph and video record my journey through Social Media, and I travel. I spend everyday with my dog and we travel around as we please. The funny thing is, I am more busy than ever, but I am now busy doing the things that I love!

I wake up when I want, usually when the sun rises, and I am eager to face each day! My life has gained a new purpose, and even though I don't make as much money as I used to, I look forward to everything that I do. I still turn on the box and sit and watch it from time to time, but not to escape, it is simply to enjoy the leisure of a baseball game or a good film.

I do not regret escaping the rat race, not one bit!

Now, I am not saying to do what I did and leave your job, and become a writer! We each have our own paths, our own dreams, and our own way. All I am saying is that if you feel that your life is flying by, and you are not enjoying your life and your relationships are suffering, you may need to make a little change. My changes were drastic because I wanted a complete overhaul of the whole thing. Your changes and needs might be more subtle.

We all have different things that make us happy. I am just encouraging you to live your life and find "your happy"!