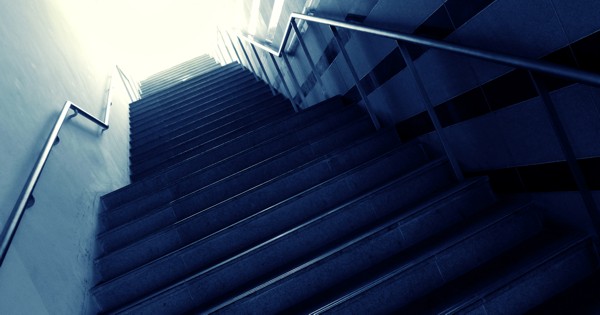 Finish what you start. That is a quote we hear from our parents. They say it's the reason the successful are successful and you will fail if you quit. Except that sometimes, quitting is a good move.

While successful people aren't quitters, it's also true they don't finish everything they start.

Why it's important to finish.

Finishing anything you start is important to success. Quitting when the times get tough won't make you successful. If making an impact is a goal, persistence is key.

So unless you want people to forget you, finishing is important for success. I mean, what if Steve Jobs gave up on building Apple? What if Thomas Edison gave up on his 9999th try? What if Einstein said to himself "I'm stupid. I'll never do anything world-changing"?

The secret to these people's success is grit, hard work, and perseverance. These are the values you will need on the tough road to success.

But sometimes, quitting is a good move.

Why it's sometimes ok to quit.

Look, sometimes, quitting is vital for focus. You can't finish everything you start. Sacrifice for the sake of the important.

Economics tells us gaining something will always come at a price. In other words, an "opportunity cost".

A.k.a., you sometimes have to quit to make another one succeed.

You already sacrificed a lot. Why should you continue?

Quitting is a good move for many reasons. So if something isn't working, don't be afraid to quit.

Famous people who quit to success.

Believe it or not, some people wouldn't be where they are if they didn't quit. Here are three people:

Bill Gates. – We all know that Bill Gates' net worth is a whopping $ 78.6 billion dollars. But he wouldn't be able to make Microsoft without dropping out of Harvard first.

Henry Ford. – Henry Ford's first startup failed before he revolutionized the world. No one bought his expensive and unreliable first car model. He eventually called it quits in 1901 and started all over again to found the Ford Motor Company.

Kanye West. – Kanye West is another dropout but unlike Gates, Kanye West didn't drop out to pursue entrepreneurship. He did it to pursue his passion – music. And guess what? It became a huge success for him.

Famous people who grit their way to success

Steve Jobs. – Imagine being fired from a company you founded. That happened to Mr. Jobs. In 1997, he regained the CEO position and made it one of the most innovate companies in history.

Thomas Edison. – Although he didn't fail 10,000 times, the fact he had almost 2,000 patents for different inventions shows his passion for changing the world.

Abraham Lincoln. – Lost his job in 1831, business failed in 1833, wife died in 1835, defeated in the run for Vice President in 1856… These are just a few failures of one of the most influential presidents in American History.

When to quit and when to go on

Just because it's ok to quit doesn't mean you should do it whenever the hard times come. Ask three basic questions to know whether going on is still worth it.

Do you love what you're doing?

Is the reward you'll have will soothe the pain you experienced to get it?

Did your mentor, close friends, and family tell you to stop?

If you answered no to the first two questions and yes to the third, then you should quit. Not every goal in life has to be fulfilled nor does every beginning have to end.

How to finish what you have started

If a goal is worth pursuing, it's a good decision to continue. But doing it is difficult am I right? So here are some tips to finish what you've started:

Shower yourself with positivity. – Though being too optimistic can derail you from achieving your goals, it still helps to be an optimist. In fact, Shawn Achor, author of The Happiness Advantage, says our brains perform the best when they are positive. And you don't even need to be fully positive to gain the benefits of optimism.

In a study, a team of researchers grouped doctors into 3. They made one group happy, while the other two were made to be neutral. The results of the study then surprised the researchers. Positive doctors made the right diagnosis 20% faster and exhibited much more creativity than the neutral doctors!

The most surprising part of the study though is the researchers primed them to be happy with … (wait for it) candy! This shows how even the slightest positivity can give you a big edge. So go. Listen to your favorite music or do a hobby. It might be in fact what will make you reach the goal.

Make it into a game. – Gaming gets a bad rap from society. But studies have shown how effective gamification is to your goals.
Fact: Your brain releases dopamine whenever you get a reward. And this article shows the relationship of Motivation and Dopamine. And since the game of life has trophies, getting those releases dopamine which in turn increases your motivation.

Another reason gamification is effective is that gaming requires intrinsic motivation. Unlike extrinsic motivation which requires outside factors, when you're intrinsically motivated, you do something purely because you want to. No other reason. This in itself helps you achieve your goals faster.

Forgive yourself. – If you flunked, don't be harsh on yourself. Forgive yourself for being a human and move on.
One thing you don't want to pass by with is the "What the Hell" Effect. To explain this effect, let's say you have a goal to watch only 3 episodes of "The Walking Dead" every day. You have a 2-day streak but on the third day, you didn't notice you're in your fourth episode already. You realized it halfway through the episode. So what do you think you'll do? Turn the TV off? Nope. You will say, "What the hell? I already flunked so might as well enjoy it." Weird but true.

So if this is true and this happens to us all, how do you avoid this? Make yourself guilty? No! Forgive yourself! You might think that being harsh and feeling guilty will make you revert to your resolution. This isn't true.

As an experiment, Mark Leary, and Claire Adams invited women who want to lose weight to eat doughnuts. They told half of them that everyone indulges sometimes and forgive themselves while they told nothing to the other half. After they finished eating the donuts, they've given the 2 groups a bowl full of candies. Those who were harsh on themselves ate almost 70 grams but those who forgave themselves only ate 28 grams. It seems like forgiving yourself does wonders to achieving your goal.

While most of the time, continuing is the better choice, we learned quitting makes more sense sometimes. If your non-profit isn't working, your startup is in a doomed niche, or if you have a toxic relationship, quitting is a great choice.

But leave the lessons intact though when you quit. Quitting something needs to leave a lesson which will make you smarter.

Reflect. – Why did you quit your startup? What happened that your relationship became painful? There is always a reason. Find it. Then, make sure to avoid the same mistake next time.

Learning when to quit and when to stay is a key to success. You can't finish everything and you can't quit everything too. Both must be in a constant balance for your life to be successful.

What are things in your life you feel you should quit on now? How about things you think you should continue on?

David Lozano is a student who runs the blog The Lazymen. He helps people become more productive through research-backed tips. He is a big reader of psychology, self-improvement, and comic books. Oh yeah. He is a gamer.