It sucks you in. It captures your attention. Those sly notifications. It's like a hit of some illicit drug. You just have to pick up that phone and see if someone is reaching out to you with that million dollar deal. That windfall. An old flame trying to rekindle. The rich uncle who left you his Tesla. The reality is that it is nothing but deception. Most of those emails and other sundry notifications are just temptation into nothing but junk. Spam. Some old college friend you half remember liked the photo of a sunrise. And you stopped what you were doing and came to a screeching halt? Do you want to know what that is costing you? The illusion of multitasking is wearing you out.

The answer lies in having the courage (yes courage) to shut that damn phone off. Yes. I said off. To do your best work you need to uni-task. One thing at a time. But I hear you balking. "I can't give up my phone. There might be an emergency." Truth is there is no emergency. The phone is just making you believe it is so. 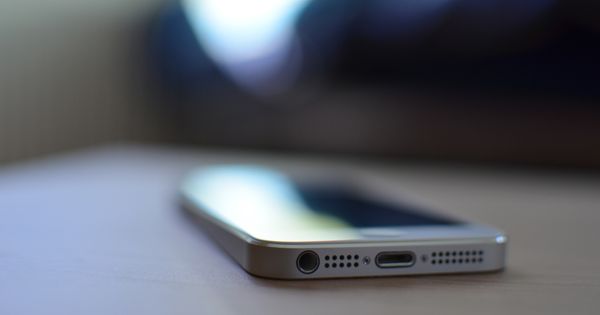 Here is are the reasons you need to cowboy up and turn off that phone:

1. The cost of context switching is huge.

Check out Gerry Weinberg's chart of productivity loss. (hyperlink). Basically if you focus on one project like writing this blog post; there is 100% productivity and no time lost switching contexts. But if you try to write a blog post while emailing your boss and writing a new marketing project; in other words, working on 3 projects at once you will have 20% productivity and 40% lost to context switching. That's a huge loss! You've been there. You are right in the middle of the flow of creativity and the phone rings. It's nothing important but it will take you time to get back to where you were. Time lost in trying to get back THERE is huge. And often that "˜next thought' is lost forever.

2. Multitasking gets you there later.

Roger Brown wrote this article for InfoQ. Brown writes, "We know that simple interruptions like a phone call can cost as much as 15 minutes of recovery time. The more complex the task, the more time it takes to make the shift." It's like constantly hitting the pause button. Actually it's more like hitting the reverse button. One step forward multitasking is taking you two giant steps back. You'll never win "Mother May I" with that sort of tactic.

3. It's harmful for you brain.

Brown writes, "There is evidence that multitasking actually degrades short term memory, not just for the topics being multitasked but possibly by impacting areas of the brain." Your prefrontal cortex requires a lot of energy. It's where you do your best work. If you are constantly stressing it out by dragging your thoughts into fight or flight (which is what distractions are doing to you) you will not be able to do your best work. Mistakes will happen. And the constant stress is bad for your brain.

4. You are just scattered.

As Jim Benson wrote for Personal Kanban, "The study found that self-identified multi-taskers ended up people who were merely justifying a scattered lifestyle. Perhaps they felt productive because during a day they touched so many different tasks "“ but when actually tested against people who focused on one thing at a time, the multi-taskers lost and lost big." I think of Thanksgiving Day. I am multitasking trying to get a meal together that I make once a year. I am not used to making a turkey, stuffing, mashed potatoes and gravy, salad, veggies and pumpkin pies all in one fell swoop. It's a one off event. And if you looked at my kitchen, it would most likely be described as a disaster (i.e. very scattered). And that's not how my kitchen usually looks.

As Steve Lohr wrote for the New York Times, "The productivity lost by overtaxed multitaskers cannot be measured precisely, but it is probably a lot. Jonathan B. Spira, chief analyst at Basex, a business-research firm, estimates the cost of interruptions to the American economy at nearly $650 billion a year." The billion with a B. Companies are spending money on all the unproductive, recovery time to get back on task.

So what do you do? Create time blocks to do your best work and turn off your phone. Complete one project. Complete one phase or one chunk. Then move on. Turn on music without lyrics (i.e. classical). Get present and focus. Think of all the good you will be doing for yourself and others. And think of the free time you'll have after to just enjoy life.