I don't mean that I don't want kids or that I don't like kids.   But the thought just weighs much more heavily now.   I constantly think about what goes into raising them.   And I realize that I'd be molding a human being.   Not just feeding them and paying for their clothes, but being responsible for how they see the world and how they treat the world and the people in it. 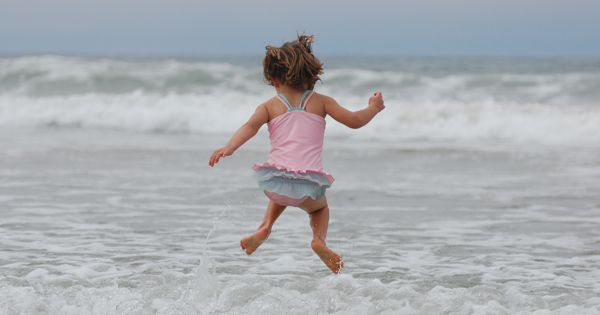 Everybody Falls At Some Point In Their Life"¦

I hit a rough patch recently.   I was pretty low.   I knew I needed help, advice and direction.   It was a pretty sensitive time, and so I couldn't reach out to just anyone.   Because just any advice wouldn't do for me.   So I got up the courage to reach out to a man that I look up to greatly in many areas in life.     A man I admire and respect, and who I hold as a model for how I would like my life to be "“ in health, in wealth, in happiness, in relationships.   A man who truly just has it together, who wakes up every single day and just gets things done.

I don't know why it was hard to ask for his time.   Or why I didn't do it sooner.   I exhaled when he more then happily agreed to meet me for lunch.   We talked, we laughed, and I told him what was going on with me.   Not in an attempt to complain, but in an attempt to ask, "˜How do you do it? And what should I do?'

As with anything in life, there's not just one clear answer.   There's no "˜Do this, and everything will be fine'.

He told me that I have to be clear on what I want in life.   What I want my life to be like.   That I can't sacrifice my happiness for something.   That I can't sacrifice my happiness for someone.    I understand that and I believe that, but it was nice to have that thought reinforced by someone like him.   Someone whose opinion I respect and value.

(A lot of times in life we're told we have to settle.   We have to be adults. That we can't have everything and we have to choose between this and that. That never sat well with me. If we have one life to make the most of, why settle?   Why give up on what we want?   I'm not talking about compromising for a greater good or for a long term goal. That makes sense a lot of the time.   That's a mature decision.   But settling is just giving up, isn't it?)

But After You Fall, Then What?

I then asked him: "˜But how do YOU do it?   You're one of the most successful people I know.   You run a business that is booming.   You have an incredible wife who is also extremely successful. You're both in incredible shape and obviously very healthy.   You and your wife seem to be on the same page with everything.   You do this while traveling half the time.   How?'

(Side note, he does fitness modeling for fun, because people ask him to.   He's in GREAT shape.   He does a lot of charity work. He holds two kickboxing black belts. He's up early every single morning. And he still has time to grab lunch with a friend and go on amazing vacations regularly to recharge.   Pretty complete life, right? )

He kind of paused for a moment, looking for the words.   And I knew the pause was because there's no quick and easy answer"¦

After that pause, he kind of worked his way into an answer.   He started out saying that he modeled himself after successful people.   He'd listen to how they talked and what they talked about.   If he went to their homes, he'd look at what was in their homes, out in plain view "“ what were they spending their time on?   They all had bookshelves "“ what books were on there?

He told me that it's all the little things that we do.   On a daily basis. Day in and day out.   Every week, every month.   Every year. For years and years.   That accumulate and compound and get us to where we are.   Good or bad.

The thing about these daily little habits that makes them so important is not that they are easy to do "“ they are.   It's that they are also easy NOT to do.   And that's where the successful and unsuccessful part ways.

Success isn't a daily dose of glamour and excitement.   It's showing up and doing the little things that seemingly don't matter on a consistent basis, long enough for the results to show.   The book used a great example of churning butter.   You constantly churn the cream long enough for the butter to form.   It has to be continuous, consistent and long enough for results to appear.   It's not just one motion.   Or one minute.   You can't just stop at some point thinking that you've earned a break"¦

"˜You should really just read the book', he told me.   Read it several times. Success is a lifestyle.   A series of habits.   Not a goal or a destination.   I'd recommend the same for everyone, too "“ read the book.

What's This Have To Do With Kids?

How does this relate back to the story about having kids in the beginning?   Well like I said, I seem to always think about what I have to offer to a child I'm raising. How I would raise it.   And every time I learn something new about myself, I think about how I would teach that to my child.

After learning about the "˜slight edge',   I sat in amazement at the thought of teaching a child that concept from a very early age.   So that it is ingrained.   So that it is how they were raised and part of who they are.   Not something they have to learn later in life.   The possibilities are endless"¦

I guess I would focus on the little things.   The daily habits that would set them up to be able to accomplish anything they want in life.

Read the book, and you'll understand what I mean 🙂