It's easy to feel envious of those who appear effortlessly to achieve not just one thing, but everything "“ all at the same time. They don't just have one project on the go, but many. They're serial accomplishers "“ and always successful. So, what are their secrets? 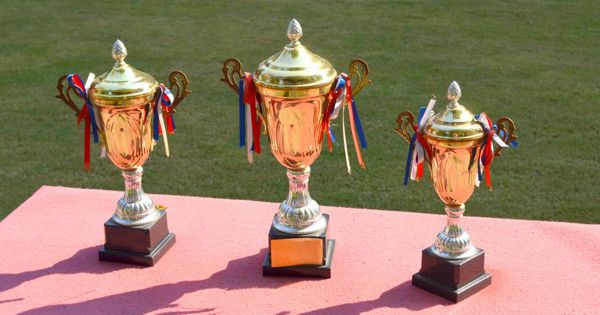 You may have an untidy desk or a bit of chaos in your wardrobe, but that's not how a High Achiever lives. High Achievers have clear minds, clear thoughts and clear desks, ready to go. They haven't got "˜Tidy my desktop' on the top of their "˜to do' list, they've got "˜Meet Mr. A regarding sales program'. What could you do to start getting rid of your clutter? How could you clear your mind to be ready for action? What would you achieve first once you were on the start line?

When we think about success and the times we've been successful, we're usually thinking about the goals we've set and completed and the things we've achieved. These goals can be large or small, it doesn't matter. The success comes in having set and achieved them and, also importantly, noticing that you've achieved them. If you make a plan and follow it through, you are and feel successful. The next time you'll set a bigger goal. I've had participants at Life Clubs workshops who feel lost in life and it's because they haven't taken the time to decide what they want to do next.

Knowing what you intend to do is the route of the High Achiever. They know that having a goal is essential, that the focus needed to achieve that goal feels good and that the discipline of achieving a goal boosts confidence. High Achievers aren't afraid to break their goals down into small steps so they can get them done, and they aren't afraid to plan well in advance.

Unlike the rest of us, High Achievers don't waste time procrastinating. It's easy to get hung up on having to do something perfectly or be overwhelmed by the task in hand, but just get on with it. We may spend hours surfing the net, chatting on the phone, waiting for people and in general distracting ourselves from the task in hand, High Achievers will get on with things "“ if there's a reason that they have to do them "“ or they'll delegate. They don't hang about waiting for life to happen, they make it happen. Ever heard a High Achiever say "˜I'll do it in a minute' or "˜I'll do it in five months' or even "˜I'll do it in five years'. Stop putting off your life. Do it now.

How easy is it to focus on what's gone wrong? Very. But High Achievers think about what's going right and build on that. Even when things go "˜wrong', learn from your mistakes. Like a High Achiever, focus on whether your failure is real or not. Maybe your painting didn't sell at that gallery, but how many people get the chance to be in an exhibition. Maybe your cake didn't rise as you wanted it to, but your friends had a great evening. You're a High Achiever already. Focus on those achievements.

High Achievers also focus on how they're going to think when they have reached the pinnacle of their career, when they're feeling really successful. Every time they need to make a decision, they think about how they'd make it if they were already really successful. You'd be surprised at what decisions that High Achieving you will make.

After I'd had my third child we moved from the rural suburbs into Central London. I was walking down my street one day, pushing my buggy and surrounded by children, when our refuse man came up to me and, with the best intentions, told me to "˜smarten up'. "˜You're in London now', he said, "˜You can't walk around looking that casual'. It was a wake-up call. I'd felt a High Achieving mother, but suddenly realized that the rest of my life was going nowhere.

I started observing how other people looked and began to imitate them. I'd check out what outfits they were wearing and read lots of fashion magazines until I'd found my look. It may sound superficial thinking about dress and physique, but it's vital. When did you last see a High Achiever with so much as a hair out of place? Our clothes, shoes and indeed our body say a lot about us. What do you think your appearance is saying about you right now?

High Achievers don't beat themselves up

Working with a High Achiever the other day, he told me his name was James, but he asked everyone to call him "˜Jimmybiz'. He knew he was "˜the business' and he wanted everyone else to give him the respect he felt he'd earned. High Achievers aren't modest. They don't hide their light, they let everyone know how good they are. On a big scale they enter themselves in competitions "“ just how many awards can I win? And on a small scale they pump themselves up by noticing every compliment they get, every small thing they achieve.

It's a real "˜No No' to compare yourself to others. You may think it's motivational to read Donald Trump's autobiography to learn from him, but there's learning and learning. If you're learning about the characteristics you share with the Trump to boost your confidence, that's one thing, but if you're feeling "˜How come he's successful and I'm not', put the book down and start focusing on you and everything you've achieved. It's so easy to blame ourselves when we compare and then we start feeling the very debilitating envy.

Another reason not to compare is that your values may be very different from the person you're comparing yourself to. Someone at Life Clubs said she wanted to be fantastically wealthy and yet two of her main values, equality and charity were opposed to personal wealth. Would being wealthy make her feel successful? I don't think so.

Instead flip it around. What can you do that they can't? And, if you don't know the answer to that, find out. Being a High Achiever is all about knowing your skills and appreciating and using them.

High Achievers don't burn themselves out

It may look as if High Achievers sometimes forget to breathe as they rush around making things happen, but they relax as "˜hard' as they work. And that's what you'll have to do to sustain a high energy performance. Eat healthily, remember to take days off work, keep super fit and learn to enjoy relaxing as much as you do working. Now you're achieving!

Nina Grunfeld is the high achiever at www.LifeClubs.com, weekly self-development workshops around the UK and Canada. Nina's passion is to help you to find the life you want and get the most out of it.