970 shares
Why are you so different from anybody else who has succeeded in life? The answer is, you are no different at all except that you maybe fail to do one thing that successful people do.
I am currently coaching Kelly on how to make her blog better.   I looked over her site and wrote a long email about all the initial changes she would have to make so that she could start off with a good base for building her blog.   I expected Kelly to take a few weeks to implement all the changes, but two days later she came back and said she had made all the changes I suggested.   The site is at Life Is Now.
What did Kelly do that most people wouldn't?

At a recent mastermind event I attended with Chris Ducker, where I met some great, savvy, entrepreneurs, one of the guys Rob Cubbon spoke about a site called Udemy and gave us all a few tips on how to utilise it.   I got back from London at 10.30pm so couldn't do anything with the information at that time.   However the next day I had a full course all set up at Udemy and published it at Udemy/AlterYourJacket and in the last 5 days 309 people have subscribed to the course, even though I told everyone that the sound quality was quite poor, and Udemy have not yet indexed it. 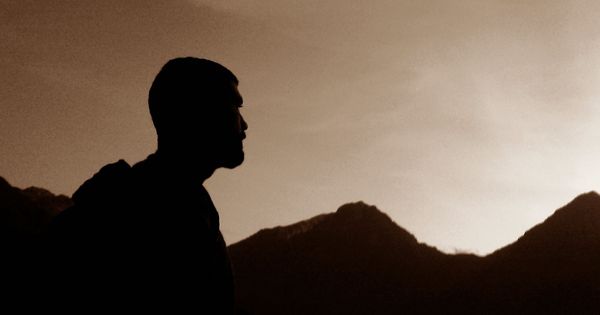 If you're thinking about taking action on your goals in life, then you're not doing a thing to reach your goals.   You have to take action NOW to reach any of your goals in life.   That means taking action on the small stuff as well, like doing DIY in the home, talking to a girl you've fancied for ages, or since we're living in this modern world, talking to a guy you've fancied for ages – Take action now, thinking about it just gets in the way and will throw up a million excuses why you shouldn't do it.

Getting outside your comfort zone

A lot of us, me included, don't take action on something because we haven't done it before and it makes us feel a little scared.   But, imagine sitting in your armchair with your slippers on having a cup of tea and watching TV at 90 years old, and saying to a friend, I wish I had done that when I was younger.   Do you want to be that person who constantly says 'I wish I had done………..'

My most uncomfortable situation ever!

About 2 years ago now I was asked to give a speech to around 600 CEOs at a conference in India on a personal development topic of my choosing.   My immediate response was 'No Way!', but I wrote back the same day I got the email, and agreed to do it.   Now, that might not sound that bad, but when you consider I had literally never given any kind of speech in public before, and I mean any kind of speech, it becomes a different story.   I went out to India and it actually went okay, I gave a 20 minute talk on beliefs and how to install new beliefs and get rid of limiting beliefs, and I overcame my fear of public speaking by throwing myself in the deepest of deep ends.

I've heard a lot of people say that you shouldn't tell anyone when you have a goal or a dream to do something big.   My take on that is that you should tell the whole world, tell anybody that will listen to you.
I started telling people, about 3 years ago, that I was going to give up my full time job and start my own online business.   Did anybody think I would actually do it? Actually a lot of people did, because they seen how passionate I was about it, but the truth is a lot of people advised me against it and told me how it wouldn't work, and why I shouldn't do it.
You're going to get a lot of people telling you why you shouldn't do something, but that's cool, it will make you all the more determined to do it.BUT!By telling everyone who will listen, you will make yourself accountable and you will give yourself a sense of urgency.   After I started telling people that I was going to start my own business, I would get people who hadn't seen me in a few months and ask me how the business plans were coming on, that gave me a sense of urgency, a sense of having to fulfil my promise, and a deeper desire to achieve my goal.

It's your turn to make yourself accountable