A lot of people find it difficult to reach their goals and consistently give up on them, often thinking themselves a failure for giving up.   This compounds their fears and pretty soon they are afraid to try anything new for fear of failing.   Well, it's time to buck the trend and finally reach your goals.

How is it possible to reach my goals now if I've failed in the past?

Every single person on this planet can reach their goals if they really want to. Don't worry I'm not going to give you stories of people who have overcome, seemingly, impossible hurdles to reach their goals.   This is about you, nobody else.   Every time you set yourself a goal or a target you are wrestling with yourself.   However there are ways to give yourself a fighting chance of reaching your goals. 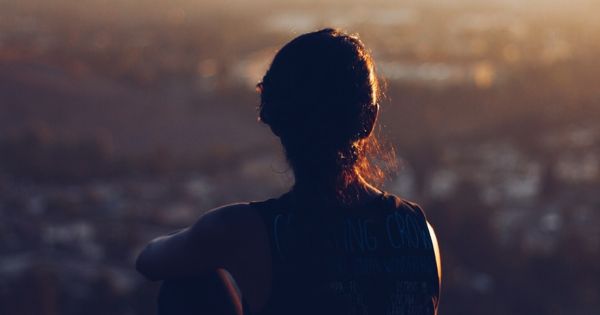 You're all ready to go, you've set yourself a goal in your head and you're saying "˜Right, this is the first day of the rest of my life' you screw your face up like a sherpa puppy dog, clench your fists and say "˜I'm going to do it this time!' Then a few days later you don't reach your goal and say "˜Oh well, I knew it wouldn't work anyway, but I gave it my best shot.'

Did you really give it you best shot?

Id: 'I want to reach that goal'
Super-Ego: "˜We've been here before and it's sure to fail, look at everything we have to do to reach that goal, it'll be too hard'
Id: I don't care I want to have it!
Ego: Okay, let's plan this, we all want the same goal but we have to take it easy.
Super-Ego: "˜Ego, we have failed in the past what's the point of even trying.'
Ego: Let's just try again, we've had some success in the past.'
Id: "˜Yeah, yeah, knock yourself out, go for it.

Super-Ego: "˜Oh well, I knew it wouldn't work anyway, but I gave it my best shot.'
Id: "˜Of course you did, you thought about it really hard, you did lots of good work (Sarcastic tone), you didn't take any bloody action but you did think about it really hard, it's a shame it didn't work out, I still want it.
Ego: This is another thing that's going to dent my confidence in the future, maybe I should hold back a bit more and listen to the Super-Ego.

The Id, the Ego and the Super-Ego

Most of us have heard of the Id, the Ego and the Super Ego, they were terms coined by Freud as part of the Structural Theory of the personality.

The Id is the part of you that craves pleasure and the basic desires in life like food, water and sex.   When it gets the basics it moves on to other pleasure seeking thrills; "˜I want that new car it'll make me feel so happy, I want a new dress, I want a new house' it's always want, want, want with the Id.

The Super-Ego will give you all the reasons why it will or won't work, it will look to your past and look at the successes and failings of the past and correlate it with your current goals.

The Ego is the go between for the Id and the Super-Ego trying to satisfy both of them with reasoning and acts like the mother/father figure.

How will this help with reaching your goals

Knowing that the Id and the Super-ego are constantly in battle is useful to know in many ways.   For example, imagine setting yourself a goal of making 1 million pounds in 2 months.   The Id is going crazy, jumping up and down thinking about all the pleasures it might bring.   The super-ego is going crazy thinking about all the reasons it will never work and poor old ego is is stuck in the middle trying to appease both of them.   When the goal to make 1million pounds fails, the Id is extremely annoyed, the Super-Ego is saying I told you so, I told you so and the Ego has it's hands on it's head saying "˜Oh my god, this is a nightmare.'
So your aim is to satisfy all 3 parts of the personality.    How do you do this?

3 Ways to reach your goals quicker

All of this helps to entrain your brain into thinking about success and directly communicates with the super-Ego to appease it and make it believe you can achieve your goals.   In essence you are giving yourself evidence that your goals can be achieved.

For a more indepth look at the Id, the Ego and the Super-Ego you can read more here:

The Id, the Ego and the Super-Ego