Would you like to get way more done with less effort and much more reward? You can, and all it takes is a little shift in your perspective and attitude.

Bear with me a moment and I will explain how to turn the stress of a "Can Do" attitude into the empowered, turbo charged curiosity of a "Might Do" attitude.

Everybody knows you should have a positive attitude.

But as is often the case, everybody may be technically correct, but not quite optimal. 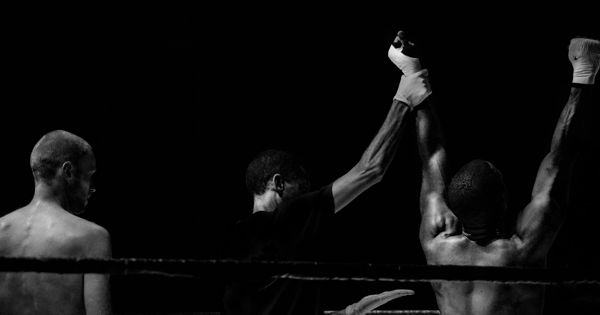 Not everybody gets to the Olympics. Not everybody reaches the top of their field. If you want to be a mediocre or even good performer then listen to what everybody says and try and do it.

But if you want to be a superior performer, a super hero of sorts and a creative free spirit, common sense just doesn't cut it. Common sense will make you common.

The other day I headed to Stone Mountain. It is just west of Atlanta and quite a tourist trap. The tourists ride a tram to the top. I hiked it. I wanted the exercise and I also wanted to earn the perspective from the top.

I wasn't disappointed. All sweaty, with a big smile I stood on the bare, gray boulders at the top surrounded by the few Tuesday morning tourists who hadn't earned this view.

Atlanta stretched Westward, a beautiful city and an eyeful. I wandered off the beaten trail and found a secluded lookout facing East. Woods and farmland with a few houses rewarded me for looking the direction other people were not.

I enjoyed both views and while the city view inspired me the country view resonated with a deep peacefulness within me. It made me feel calm, soft and open. I sat down and drank it in for nearly two hours, then, tired and happy I took the tram back to the base of the mountain.

There were two men. One was tall, dark and handsome. He had a history of success. He played football in high school and had a "Can Do" attitude. His yearbook was full of comments about how successful he was certain to be.

There was another that few people noticed in high school. He was thin and had freckles. He was a "B" student and didn't do much in the way of sports. But he had curiosity. He wondered how things work. He was endlessly asking questions and trying to make sense of how things work. If you asked him if he could do something he would answer "I might be able to."

Both men were hired by a large corporation. It wasn't long before Mr. Tall Dark and Handsome was challenged with a computer problem he couldn't solve right away. His "Can Do" attitude crumbled.

Meanwhile the skinny little guy met difficult problems too. His "Might Do" attitude mixed with curiosity served him well. He received several quick promotions and moved up the corporate ladder. Each step he met other "Can Do" people who he left in the dust with his "Might Do" attitude.

He was a powerful force to be reckoned with. He payed close attention to everything. He listened. He learned and he adjusted and adapted.

Checking in with these two later provides an even more shocking contrast. Can you guess which one of these two was a great parent, happily married, quite wealthy and continually learning new things? And which one turned to drugs, was divorced from two very beautiful woman and remained in an entry level position at a competitor of his original job?

1. Ask yourself if there there is anything you've been overlooking or ignoring because it didn't seem important?

Start with checking to see if there is anything you've avoided doing because it didn't seem important. With a "Might Do" attitude minor details are sometimes the difference between succeeding and failing.

2. Step back and check to see if you are trying to prove something.

3. Check to see if you can break up your task into smaller steps.

A "Might do" attitude reveals that any task is composed of several steps. Each step is less difficult then the whole but requires that you complete it before moving on. Breaking up a task into smaller steps will let you approach the entire task strategically rather than the more direct approach of a "Can Do" attitude.

Success is Just a Matter of Time

With a "Might Do" attitude, you simply can't fail. Anytime you meet a challenge, you can almost always break it up into smaller steps. Erasing the possibility of failure and ensuring your success.

Without the pressure of trying to prove something, you're guaranteed to see those same challenges more clearly. What would you do if you could see each step to your goals with perfect clarity?

Practice a "Might Do" attitude for just a little while, and you'll agree, it might be the perfect way to approach any challenge.