Last year, Beats by Dre launched a massive marketing campaign to promote Powerbeats, the in-ear headphones designed with LeBron James. Of course, their goal was to capitalize on LeBron's star power and sell more earbuds. The campaign was aptly named "My Music/My Power." It was marketing genius, and commercials like this one helped to drive revenue  into the billions. As it turns out, it's more than just a  catchy tag line superimposed over LeBron's intense stare. In fact, there is power in music and we have science to back it up.

Music and brain function are inextricably linked. Playing an instrument or listening to music is the brain's equivalent of a cross-training workout. The impact of music on memory has been correlated to complex perception, cognition, and motor function since the landmark "Mozart Effect" study conducted in 1993. The controversial claim that listening to a Mozart sonata for ten minutes increases one's IQ has been widely criticized, but it did open the door for significant research proving of the effects of music on the human body, brain function, and brain cell regeneration. 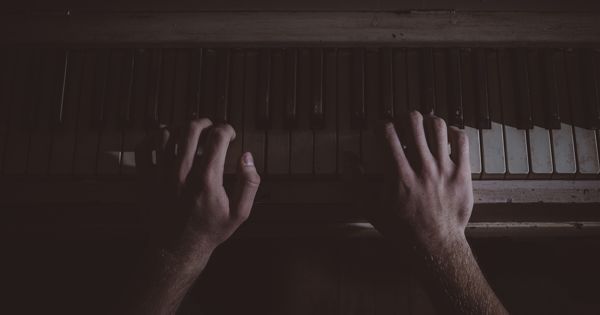 "Music is a moral law. It gives soul to the universe, wings to the mind, flight to the imagination." "“ Plato

Over the last decade, neuroscientists  have been discovering much  about the impact  music has on the brain  in  cases of brain injury, strokes, and Parkinson's disease. This new scientific model, Neurologic Music Therapy, has emerged as an evidence-based therapeutic approach recognized by the World Federation of Neurorehabilitation. Neuroimaging techniques enable us to actually see the powerful impact music has on the elasticity of the brain. Music actually physically changes the brain and engages areas that are not unique to music. The auditory (temporal lobe), emotional (limbic system), and motor (cerebellum) regions all grow larger and interact more efficiently when the brain processes music.

"I often think in music. I live my daydreams in music. I see my life in terms of music." "“ Albert Einstein

Music also affects mood and emotion. We experience it every time we watch a movie. Think about the theme songs for Rocky, James Bond, or Alfred Hitchcock's Psycho. They each evoke emotions of inspiration, intrigue or danger. More than any other type of stimulus, music evokes feelings and heightens the emotions associated with them. The brain's emotional center is highly engaged when processing music. There are two kinds of emotions related to music – perceived emotions and felt emotions. The difference between the two explains why the theme song for Psycho heightens our experience of danger without throwing us into fight or flight mode. Perceived emotions are vicarious and not the direct result of a real situation. It's why we can enjoy sad songs and horror flicks.

Studies also show that listening to music before or during physical activity can increase performance. Many top athletes plug in to mentally prepare. LeBron James rocks out to Jay-Z before he takes the court, Gabby Douglas is a Katy Perry fan, and Michael Phelps cues up hip hop to get psyched. Personal music preference plays a role, but we now know that different genres impact performance more than others.

If you're a golfer, you might want to add Miles Davis or John Coltrane to your  playlist.    A  2014 exploratory study  examined the influence of different music genres on putting accuracy. The  findings showed that  music  did improve putting performance over no music. Specifically, jazz was more effective than all of the other genres including hip hop, rap, classical, country, and rock.

Beyond athletic performance, certain genres of music are shown to infuse a sense of power-related thoughts and behaviors. A recent study examined the effect of "power tunes" like Queen's "We Will Rock You" and 50 Cent's "In Da Club." They found that power music elicited higher abstract thinking, visionary (big picture) thinking, and an increased sense of illusory control "“ all traits associated with intellectual power. Furthermore, instrumental bass-heavy music generated greater power-related feelings than light-bass versions of the same songs.

"Music can change the world because it can change people."   "“ Bono

Now that you know the science behind the power of music,  rock out with Queen before your next presentation. The next time you head into a board meeting with your leadership team or high-pressure negotiations with the competition, crank up the bass to give you a boost of power. Make sure you've got a little jazz in your pocket the next time you're on the green. Or, as the Doobie Brothers so eloquently put it, just "listen to the music" and power up your  mental game!

Dr. Melissa Hughes is the founder and principal of  The Andrick Group. Our mission is to engage, inspire, and educate people who want to improve their work and lives by understanding how the brain works and learning how to use that knowledge for greater personal and professional satisfaction.
Learning about Learning | Thinking about Thinking