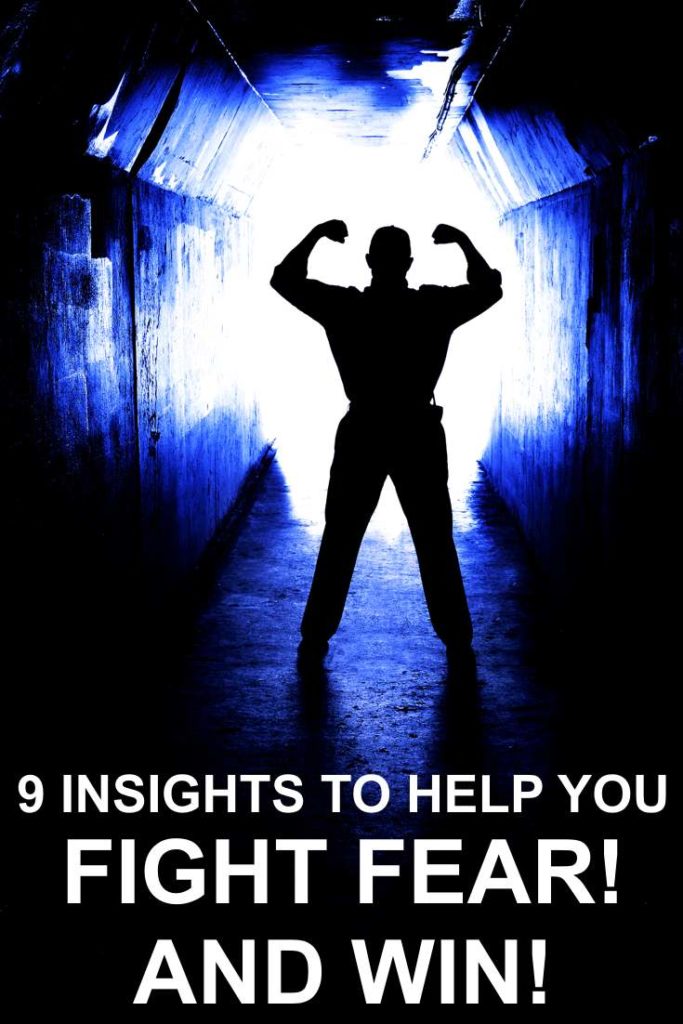 This month, me and my two business partners devoted the entire thirty-one days to exploring the topic of fear. We heard from coaches, blog writers, artists, businesswomen, entrepreneurs, you name it! We learned so much about fear that we decided to put together our nine most powerful and insightful takeaways in the hope that others too might be able to walk-away with a nugget of wisdom or a new wave of courage.     Enjoy! 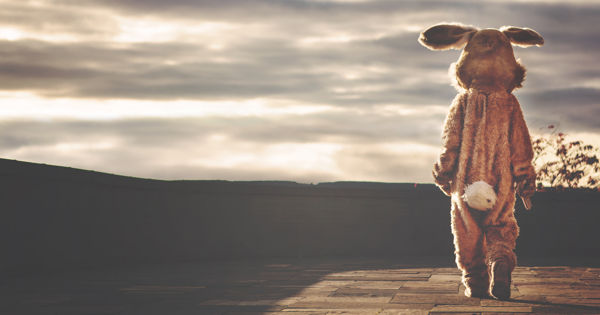 1. Fear is one of the biggest obstacles holding us back

If I were to ask you what is one thing that you would really love to do, but haven't started, what would it be?Now, think about why you haven't started it"¦what's holding you back?Usually when I ask people this question, the answer is either time or money. They don't have enough time or they don't have enough money.The thing about time and money is that they are very convincing excuses. We can attach the requirement of time and money to almost anything and justify why we don't have enough of it.But what if I asked you dig beyond your apparent lack of time or money (or whatever other excuses you're holding up)? What if I challenged your lack of time, or debunked your requirement for money? What's left?Fear is often the only thing left standing.

It's ok to feel fear. In fact, it's very natural, and at times, even life-saving! After all, that is why we feel it! The emotion of fear has a very important purpose; it protects us.Imagine if you were swimming in the ocean and you saw a shark. Now imagine if you felt absolutely no fear! What would you do? I, for one, would go up and pet it. I would also probably get my head bitten off.So in some cases, fear is extremely important! However, in other cases, it shows up uninvited and crashes the party"¦.which brings me to point three.

3. There is validated fear and false fear

Seeing a shark in the ocean = validated fear. But how about when we feel fear about something that isn't going to kill us? Or even injure us? Our natural emotion of fear is one of survival. It is triggered when our brain senses a threat. The problem is that only sometimes that threat is real. When it's not real, we still feel the fear "“ sometimes so much that it stops us from doing that thing "“ even though we are not at any risk of dangers.Public speaking is a perfect example. For many people, public speaking is one of the most intense triggers of fear. Is it going to kill you? No! Injure you? No! It is a false fear. The worst that can happen is that you might stumble on your words or forget what you were going to say, but you will still wake up the next morning and live your life mostly in exactly the same way.The key then, is to identify valid fear from false fear. What is the worst possible thing that could happen? What is the best possible thing that could happen? If the best possible thing outweighs the worst possible thing, then you have some false fear on your hands!! Push that fear aside and go for it!But how?

"Chunk it out" is a term that one of our amazing speakers, Colleen, used during ALV Live. It is the concept of breaking your goal or dream into "chunks" and attacking just one chunk at a time.Often when we have a dream, a goal or a vision, the thought of accomplishing it is daunting and overwhelming. But what if you just think of one very small step you can take? And the when you've done that, think of another very small step. You don't need to do everything at once, and we have found that one of the best ways to fight fear is to chunk it out, baby!

This is something that might seem obvious, but that many of us forget at times. When we feel fear "“ no matter what it's about "“ we often think that we are the only one feeling this way. We're not! Everyone feels fear in one form or another, and as another of our guest speakers said "everyone is going through something". In the world of Facebook and Instagram, it's easy to feel like we're the only one. It's easy to feel like everyone else is at the beach in the Bahamas while we sit alone struggling with a job we hate and not knowing what to do about it. But when you actually talk to people, when you let yourself be vulnerable and give them permission to be so too, you realize that everyone is fighting something. Everyone is human, just like you.

6. Surround yourself with positivity and supporters

While we can sometimes fight fear on our lonesome, often it's stronger than we are. Alone that is. But is it stronger than we are when surrounded by positive and empowering peeps cheering us on? Hell no!We are so conscious of how the food we put in our body affects our physical health, but sometimes we forget how the food we put in our brain affects our mental health. Who are you surrounding yourself with? What are they telling you? What are you reading and watching? How is it affecting you? Is it helping you or hurting you?The key is to surround yourself with people and resources that lift you up! Listen to your energy. What is it saying when you're lunching with a certain person or reading a certain book? How do you feel when you leave or finish? Are you inspired to go and change the world? Or do you want to curl into a ball in a dark corner?Sometimes we forget just how much people and words affect us, and the key is to choose wisely. Very wisely!

7. Seek out opportunities to face your fear of failure

I once saw an amazing TED talk about a guy who was very scared about rejection and so decided to try and experiment. He went out and deliberately sought out rejection. He asked people for crazy things and made seemingly ridiculous requests. And you know what happened? He met amazing people, achieved amazing things, and when he was rejected"¦ life went on"¦I challenge you to do this with fear. Seek it out. For when you seek out fear and failure, you try things that you may have otherwise never tried, and experience things that you may have otherwise never experienced, and chances are, they will change your life forever! Let's stop perceiving fear and failure as the enemies, and instead look at them as opportunities! Which brings me to the next point"¦

Fear is what you make of it. You can run from it or face it, and when you face it, you will almost always learn something new. Sara Blakely, founder of Spanx, asks her kids every night what they failed at that day. If they haven't failed at anything, they don't get dessert! You know why? Because if you haven't failed at anything, you haven't put yourself on the line enough, and without putting yourself on the line, you'll never know what you can truly achieve. So let's shift our perspective! Let's not perceive failure as bad or scary, but instead, let's view it as necessary and exciting! Let's fail! Let's fail until we succeed in a way that we never ever would have been able to without those damn failures!

9. Take the lesson and let yourself laugh

And last but not least, learn and laugh. It is the failures that take us closer to success. So thank them! Thank your failures for teaching you something new. Find the golden lesson and carry it forward to your next attempt. And importantly, laugh at yourself! Sometimes our failures are pretty damn funny! Have you ever tried to mimic a birthday cake on Pinterst? Funny right! Sometimes our failures are pretty hilarious, and when we laugh at them, we reduce their power. So then, let yourself fail, but also let yourself learn and importantly, laugh!

And one last thing before I go"¦ kudos to you! Fear can be crippling, and overcoming it does not just "happen". We need to be intentional about it, and even drudging through these nine points reveals that you are being intentional. You genuinely want to do something about your fear and actively fight it! And that's awesome! So I'd like to leave you with a challenge. Think about something that you have been wanting to do, but in which fear has been holding you back. It could be anything "“ big, small, serious, crazy, truly anything. Now, think of one small step (or chunk) that you can take this week. Write it down, commit to it, and get out there and go for it! Sure, maybe you'll fall (and get back up!) but"¦ what if you fly?

Katie is one of the co-founders at an innovate coaching company, Ama La Vida, which helps people find and lead a life they love.   Katie is also a transformational coach with a passion for helping people find and live their true Purpose. You can book time with Katie at alvcoaching.com. In her spare time, Katie loves getting outdoors, trying new food and wine and playing with her cute little labrador Puppy, Millie. Contact Katie at katie@alvcoaching.com.