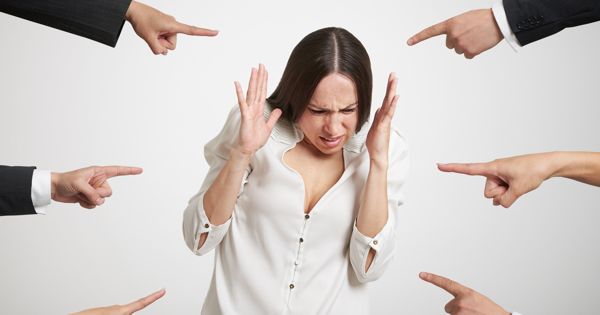 What if I were to tell you that by doing the opposite of what everyone else tells you to do you could liberate yourself from fear, anxiety, depression and resentment, and replace with self-confidence, acceptance and compassion.

For 12 years I've wondered why so much of the advice focuses on avoiding people who suck your energy, you know the "˜negative people'.

And how we should choose positive thoughts and override those voices in our head telling us we are not good enough.

But I had done all of that for years, had hundreds of therapy sessions and still I lacked confidence and had anxieties which just wasn't helping my life at all. I had no idea what to do about it. It always seemed more than just taking conscious steps.

I wondered, if all the advice was to Zig, I would choose to Zag and see what I could discover to really liberate myself.

I remember the late Stuart Wilde saying "thank you God for sending me wall to wall assholes. I'm going to learn so much about myself". And how true that really is.

It was an unlikely event that really alerted me to the missing link that I was seeking.
It was due to a close friend falling out with me. One who I thought was emotionally solid.

Firstly I was very much in the wrong. In fact, the catalyst was a habit of mine that kept repeating itself. It had done so about 3 times with this person and with others. It wasn't an unusual thing, but I did keep letting this happen.

I felt I Couldn't Control it at all"¦

..even though I wanted to. An invisible force was causing the pattern of this habit. I clearly had a trait that had a deeper control panel than my conscious thoughts. I was at fault and totally own that.

So it happened again and rightly the friend was upset with me "“ although as I was to discover that was their upset was their opportunity to liberate themselves.
I apologised, but this time I started to explore inside to see why I would keep repeating this thing. I wanted to get to the bottom of my poor trait. And I did.

I started to R.E.A.LLY SEE!

My friend then blamed me for how I had made him feel and that he wanted to have little more to do with me. I was the negative energy sucker in this instance and my friend chose the route that is advised by most"¦"¦avoid the blood suckers!

I was totally upset of course at being rejected but I stopped and turned inwards. WHY was I upset? More on that shortly.

I was also confused. All I had read and learnt, were that your reactions and actions were your own! That we should take responsibility for how we receive something and no one makes you feel a certain way, but you. A fine philosophy but how do you live by that when you feel the opposite.

Although, as I discovered, it's actually what I call a "˜box' that can make you feel the way you do!

People's reactions were a direct reflection on their lives, situations or emotional development. So if this were true why is all the advice to avoid others instead of turn the spotlight on yourself?

Mirror, Box or Both?

So why did he take it so personally. That was his to own. It was his box, mirror or both that I was hitting.

A "˜Box' meaning a past negative event(s) laying in his unconscious that I'm hitting with my behaviour or a reflection of personality traits he also had but either denied or was unaware of, that he didn't like about himself.

And right there, I began delving into what his personal reaction meant as well as what my negative trait meant and my own reaction to him not wishing to know me anymore.

What was it linked to?

And developing the understanding that most of this is hidden from us in our unconscious so even when we think we know"¦..truth is we don't.

So now picture me adopting the "˜Boxes Begone' philosophy and system and how I now relish the energy drainers and see them as a wonderful new opportunity for my personal growth.

I start to explain my idea and everyone is quite supportive but Bob starts to ridicule me. I'm immediately impacted and find myself getting a little defensive. Before I would have entered into the drama and a heated debate would ensue. I would have also disliked Bob even more and continued with my current method of handling this by seeing him less.

But now I see it differently.

As I notice my reaction I now intercept it and assume it's not him, it's me. It's a mirror, box or both.

Bob ridiculing me is his unconscious way of showing me his boxes playing out. Mostly around shame and not being good enough and thus the need to belittle others.

So I now accept Bob differently but let's go deeper than before.

My emotional reaction has given me an opportunity to openly hunt for the box that my defensive reaction is linked to "“ of which there may be many boxes "“ and look to dig it out.

And guess what I discovered? When I am able to remove the "˜boxes' triggered by negative people I FEEL differently. Bob didn't affect me anymore!! When I had removed the boxes inside of me my feelings had changed, my reactions had altered, I felt more at ease and more self-assured.

This blew me away. By assuming my reactions are mine to own they led me to my own boxes and a way to remove the boxes that changed my feelings and reactions.

Now I no longer avoid the "˜negative ones' rather I use them to remove more boxes or traits that don't serve me any longer.

And the more boxes I've removed the freer I feel and the less the "˜blood suckers' affect me! People who had affected me for years suddenly had no impact on me.

After 2 years trying to figure this out it boiled down to this.

Reaction "“ notice your emotional reaction to events and people
Expect "“ expect and assume it's a mirror, box or both.
Amplify "“ turn into the negative feeling and make it worse inside yourself
Let It Go "“ using triggers like TV, films and daily events remove the boxes

As the world seeks to avoid negative people and negative situations I turn into them. As I feel an emotional reaction I assume it's inside of me, even though that person is being an ass, my reaction is mine to own and use.

Rather than use positive thoughts to override my feelings I let the negative ones take me, for a short time, to allow me to opportunity to liberate myself from the boxes. Boxes gone means no more reaction to that event or person.

So next time you feel a negative emotion at the hands of one of the blood suckers try being R.E.A.L and see what boxes you can let go of.

By becoming a true seeker and not an avoider I've liberated myself more in the last 3 months than the previous 12 years. Box Hunting has changed my life and it can change yours too.

I am able to identify my hidden demons & issues just from my reaction to daily events, conversations & watching TV and films. I can also learn which traits I have that are holding me back just from my response to other people, and I am now able to remove these issues all by myself permanently so it never affects me again. Now I'm helping others do the same with eCourses and coaching. Website: www.boxesbegone.com