Later in life, people began to shun him during thunderstorms, for obvious reasons. Or better said, perhaps, for obvious feelings. Anyone can understand why people felt the way they did, but were they being reasonable? Would you stand next to Roy during a thunderstorm? 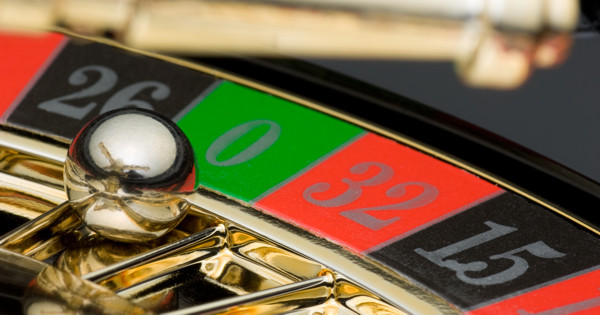 Imagine how you would feel if your alarm only failed to go off when it really mattered. Or you could never find a parking spot when you were in a rush. Or you got dumped the same day you got fired the same day you got sick. How did you get sick? Because you got a flat tire, and your phone died right then, and you had to walk to find a phone. And then it started raining…

Bad karma! The universe is out to get you! You're cursed, you have the worst luck, etc"¦ After all, which is more likely, that these are all just coincidences, or that they aren't coincidences, because destiny has its hands in your life?

To put that in perspective, there are about 30,000 days in the life of a 90 year old. One of those days will be the most improbable of the 30,000, a day so improbable it only happens once in 30,000 days of life, once in a 90-year lifetime. Imagine the most improbable day you'll have in your life if you live to 90, the absolute craziest! More mind-blowing than any day of your life so far. That's a one out of 30,000 kind of event.

And yet, one such day happens once a day, somewhere on earth, like winning the weird lottery.

You kinda have to feel sorry for that one person. Suddenly, for no apparent reason, life conspires against her to blow her mind with how ridiculously, impossibly bad (or good) a day can get. And then the next day, and for the rest of her life"¦? Nothing. Perfectly normal.
Nobody she talks to has ever had something like that happen to them. Some people think she must be being punished for being a bad person and avoid her, like people avoided Roy Sullivan when he kept being stuck by lightning. What would she think? Would she be able to realize it could just be chance? How would she feel? That's the kind of thing that can really mess with your head"¦

Just by chance, amazing, crazy things are supposed to happen. How often do one out of a million days happen on earth? 7,000 times a day. If you're 30, your life so far has about 10,000 days in it. Imagine the most amazingly improbably day of your life so far, one you might be sure can't be just chance. Well, just by chance, a day like that should happen on Earth 700,000 times a day.

If more than chance is at play, then maybe these days happen more than they're supposed to. If 700,000 people a day have a one out of 10,000 kind of day, we might say "Eh, that's just what chance would predict.". If we get more than that, then we can say that it can't be just chance.

Does that seem strange? Imagine a 6-sided die. Generally, it should roll a "3" about one out of six times. If instead, we got a "3" five out of six times, we'd know that it wasn't just chance. Probably, someone loaded the die to land on "3" a lot. But if we rolled the die a hundred times, and never once got a "3," we'd be suspicious then, too. If we rolled it another thousand times, and still never got a "3," we'd know that something more than chance was at play; the die was probably loaded not to land on "3."

But we certainly can't just point to any ole crazy coincidence and say, "Look! Proof that there's a government conspiracy. There's no way this could just be the result of chance!" Well, no, because it very well might be the result of just chance.

This should make us question testimonials of miracle cures due to prayer or other forms of spiritual intervention. After all, we don't get to see the millions who prayed and didn't get cured. We only hear about the one case where someone prayed and then got better. Yet was it due to prayer or due to chance?

Most doctors never get a one out of a million cure. If they do, it might be the craziest thing to happen in their life and they might think destiny is intervening. But doctors don't know everything (in fact, doctors' grasp of probability is surprisingly poor).

And now, you know better than them.

So! The next time something crazy happens to you, remember:

And the next time you hear about something crazy happening to someone else, remember: one-out-of-a-million days happen 7,000 times a day, somewhere on earth.

Is it destiny? Maybe. Karma? Aliens? Time Travelers? Maybe…but maybe not. It might just be chance.

Learn to look at the improbable and say "Maybe" to its face. And if your friend ever gets struck eight times by lightning, maybe you'll know not to think they're a bad person.

Hunter wants everyone to learn the ideas that will empower them to make of their lives and their world what they will. Words can move minds, and minds move the world. By learning to judge truth from error, we can find ways to change our lives that will actually work, and grow steadily stronger in our lives. You can find him here