It's amazing to me how life is constantly teaching me lessons.   More often then not, it's the same lesson over and over.   The same lesson happens over and over, just in different forms, because life is trying to figure out how to get through to me.   And I've realized that when it seems like a certain situation keeps repeating itself in my life, it's because I haven't learned a lesson. 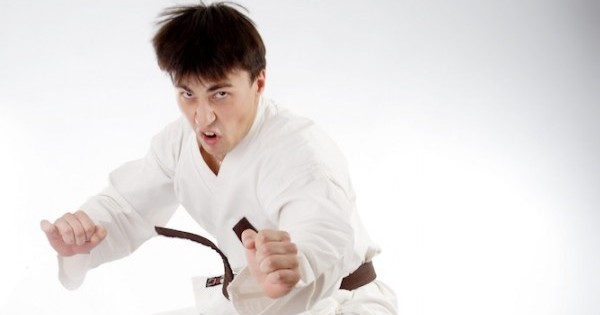 I wanted someone caring and selfless. Someone with a loving, strong family. Someone confident and strong.   I'd end up with insecure and selfish, with an unstable family life. I'd end up with someone that depended on me for identity.

And when I finally made an effort to figure out what I was doing, to work on myself, things changed.   I was able to move forward when I stopped to learn the lesson.   Just like school, you can't move on to the next grade until you pass the one you're in first.

But this wouldn't be a story about me without me missing something obvious. Something huge, right in front of my face.   And then taking years to finally see it!

Life lessons come in all aspects of life. Seems simple enough.   But I guess it's the simple things that I tend to overlook the most. I felt I had things down when I realized why I was attracting the wrong people in my life. It was a huge breakthrough, that's for sure. But far from having life figured out.

So when life tried to teach me lessons with my business, I didn't notice.   Even though I was struggling and knew I had to make changes to turn things around, I didn't stop and take a step back.   To look at what was really going on.   I have no idea why. Everything that was happening was screaming "˜Look at the long term!   Don't just slap a band-aid on this'.

And truly, short term doesn't work when building a business.   There has to be a game plan and a strategy, and you have to stick with it.   But you also have to be disciplined enough to recognize when adjustments need to be made"¦

STILL NOT GETTING IT"¦

So life tried to get my attention through my relationship, it would seem.   We were hitting a rough patch, and I was making the same mistake.   I was making short-term decisions without thinking about the long term impact.   It's hard to understand that without too much personal detail, I know. But I was basically being selfish, and avoiding the tougher decision, which would have been to step back and look at what really was going on.

So I'm clueless at this point.   Even as things are blowing up in my face, I'm not getting it.   I understood that it was my fault and that I made mistakes, but I didn't understand why it got to that point.

When I got involved in martial arts years ago, I had no idea how much of an impact it would have on my entire life.   I've learned discipline.   I've learned to not only respect the process, but to appreciate it. It became another channel for me to learn and grow as a person.

So life gave it one more try and approached me through my martial arts training. My first black belt took me a little over 4 years to earn.   And it was a brutal test "“ 4 hours straight.   And I remember at that point, being home afterwards, reflecting on the past 4 years.   Knowing that the commitment paid off.

More recently, I competed in my first full contact kickboxing match in a ring. I had great coaches.   And my 8-week training camp was some of the most disciplined, toughest stretches of my life.   Every day, I had to be strict with my training, diet, rest, and mental preparation. On top of that, I had to work.   So every minute of my day was pretty much accounted for over those 2 months.

After I won the fight, I felt great.   But not so much because of the win, but because I knew I did it right.   The sacrifices were worth it.   Pushing myself to keep training when I was worn out and beat up was worth it.   Getting up the next morning and forcing myself to stick to the routine and training was worth it.

Not eating out.
Not drinking.
Not going out or staying up late.
It was all worth it.   It served the greater goal.

The long term goal of going into the ring prepared was the reward.

And I started realizing the lesson applied to the rest of my life as well.   My business.   My relationships.

What sacrifices was I making?
What's the long term goal?
Am I pushing through when it gets hard, or just making excuses to slack off?
How is what I am doing now "“ today "“ going to affect my long term goal?

I learn something now, in any aspect of life, and I almost immediately look at how I can apply it to other areas of my life.   I want to grow now.   I want to be better.   I want to maximize who I can be and what I can do.   So I have to maximize every lesson I learn.

But at the same time, I'm probably missing something totally obvious right in front of me.   Something I'll figure out a few years from now.   But at least it won't be for lack of trying

To Your Success,
Adel Refai