You ever had an argument where at the end you thought, "well that was a dumb argument to have, what a waste of time"?

Of course you have.

At some point in the argument you might have thought, "why am I so worked up, winning or losing doesn't even matter."

These thoughts have definitely crossed my mind.

It happened to me most recently in an utterly unnecessary argument over the proper way to eat yogurt and berries. 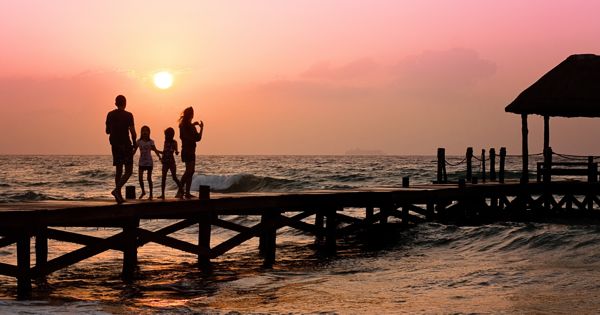 That's right, the "proper" way, as if there was such a thing.

The argument was about whether the berries should be on top or on bottom.

You've likely never contemplated this burning question, because why would you, who cares.

For some reason, three mostly-reasonable people, including me, found this question so important we got in a real argument about it.

One camp held that Greek yogurt should be on top of the berries similar to cream.

The other camp viewed Greek Yogurt as more similar to ice cream, and the berries like a topping you would put on it.

I'll let you know what camp I was in in a bit.

Unsurprisingly, no one "won" because it is a ridiculous argument. But we spent a good 15 minutes heatedly arguing it and acting like the opposing viewpoint was not only wrong but absurd.

Everyone got worked up.

The only value the argument had was that, upon reflection, it brought attention to how easy it is to get caught up in trying to be right, causing you lose perspective on what actually matters.

Consequently, you fail to appropriately disburse your energy and efforts.

You don't preserve them for things that matter.

You spend them on things with no tie to anything you care about.

If you've had your own version of the "Great Yogurt Debate," below you'll find a strategy to avoid getting into that situation.

That way, in the future, you only spend your energy where it matters.

You Should Care More About Your Family Than Yogurt

You only have so much fight in you.

When we care so much about fighting for every little thing, we necessarily limit the amount of fighting we can do for the stuff we care about.

We get tired and we only have so much time in the day.

So, we just fight for the first things that happen to crop up, instead of focusing (and saving) our efforts for the things that really matter to us.

It means any mental energy that is spent worrying, caring, or contemplating the little things that come up in our day that we don't really care about.

The things that only have an impact on our day because of the focus we give them, their existence or outcome cause no effect.

Like whether you eat berries on top or on the bottom of your yogurt. It literally does not matter.

But when you spend time thinking about it, and worse, arguing that your decision is the "right" one, you are stealing time and effort away from the things that will happen in a day that actually do matter.

You'll be far less equipped to respond well to your partner or your kids later, decide whether you'll exercise, make good food choices, or make the important decision you need to make at work.

Those all become far more difficult if you have not reserved your energy to address them with your full attention and capacity.

And if you fight and worry about every little thing, you have no freedom about where you energies and time are spent.

They are dedicated all day long to whatever happens to come up, regardless of if you care about it or not.

So why do we spend so much of our time and energy on stuff we really don't care about?

There are three major causes of the first come, first served way of spending energy and mental resources.

First, haven't gotten clear on what actually does matter to us.

We can all speak in generalities about family, friends, health, or community, being important.

But if we haven't really contemplated what that means and how it should guide our daily activities, it is almost impossible for us to use those things to help us make decisions in the moment.

Instead, you have to be clear on what your priorities are so you can just refer to them quickly when faced with an opportunity to spend time and energy.

Second, we aren't clear on what virtues or characteristics are important to us. We don't know the ones we want our actions to be an example of.

So again, we have a general sense that we want to be good people, and so we want to do good things and avoid bad ones. But those kind of squishy terms are useless in most day-to-day actions.

There was no good versus bad in my "Great Yogurt Debate" but there was most certainly a complete divorce from the virtues I find important in that 15 minute argument about nothing.

Third, we put too much relevance on things that fall outside of our control. Thinking, worrying, or contemplating outcomes that we don't actually control is a significant waste of our mental resources.

This isn't an easy one for sure, but checking yourself when you start to feel like you are spending a lot of energy on an outcome you can't control is a great way to start reserving your energies for those outcomes you can.

How To Build A Toolkit So You Use Resources Wisely

You can develop tools that allow you to only spend your mental resources where it counts, so you knock those out of the park, and let the other stuff just float by.

Each of the above issues has to be addressed because all three contribute to the problem and the solution.

First, to be in a position to make sure you actually care about whatever you are spending energy, time, and thought on, ask yourself, what are the three non-negotiable things in my life that I want to trump anything else that comes up.

The easiest way to identify these is to imagine what three things you would never give up in exchange for a boatload of money.

For me, the answer is family, friends, and health (which I realize are the general examples I used above). That they are general doesn't make them untrue. The point is actually contemplating and articulating them.

So when I am faced with something that either clashes with or does not involve one of these three things, I take a beat and think about whether what I am doing is worth the energy I am expending on it.

Second, get clear on what characteristics you want your life to have.

What virtues do you want your life to be an example of?

You can spend a ton of time contemplating those virtues, but a quick and dirty way to get to a point where you can use them to make daily choices is:

name the three virtues you'd like your children to live by.

Those are likely the ones you find most important.

Then regularly ask yourself if whatever you are doing aligns with those virtues. And adjust accordingly.

Third, recognize what you can and can't control because spending effort and energy on things you can't control is a complete waste.

The best way to do that is to ask yourself in any situation:

What can I do to get the outcome I want?

If you can't come up with anything, then it's out of your control and you move on to something you can control.

As a cheat, I'll give you an insight that seems so obvious, but we all miss.

If the thing already happened, you can't control the outcome.

Regretting and complaining about the past is an entirely useless, albeit very attractive, pursuit. It is hoping for a better past, it is impossible.

So don't do that.

Focus on what you can learn from the past, but don't dwell, because you are taking time and energy away from things you actually could be affecting now.

You Too Can Avoid Ridiculous Yogurt Arguments

If you've found yourself in my situation, caring way too much about an argument or outcome that won't matter one second after it is over, hopefully you have some tools to help you next time that situation pops up.

Once you have a clear view of what your priorities are in life, what virtues or characteristics you want your day-to-day activities to exhibit, and what you can and can't control, you will be in a great position to just put the yogurt with the berries and enjoy a delicious treat while everyone else argues about if you did it "right" or not.

If pressed, however, I will be in the camp that says berries go on top of yogurt, obviously…

Craig had an "aha" moment when he realized he didn't want to be a walking contradiction to his son, teaching one set of values and living a life driven by a different set. So he had to make a change.
He started Forge Tomorrow Today to helps others in the same boat.
He's put together a guide to help you create your toolkit so you can enjoy the freedom that comes with only caring about the things you actually care about, get it HERE.