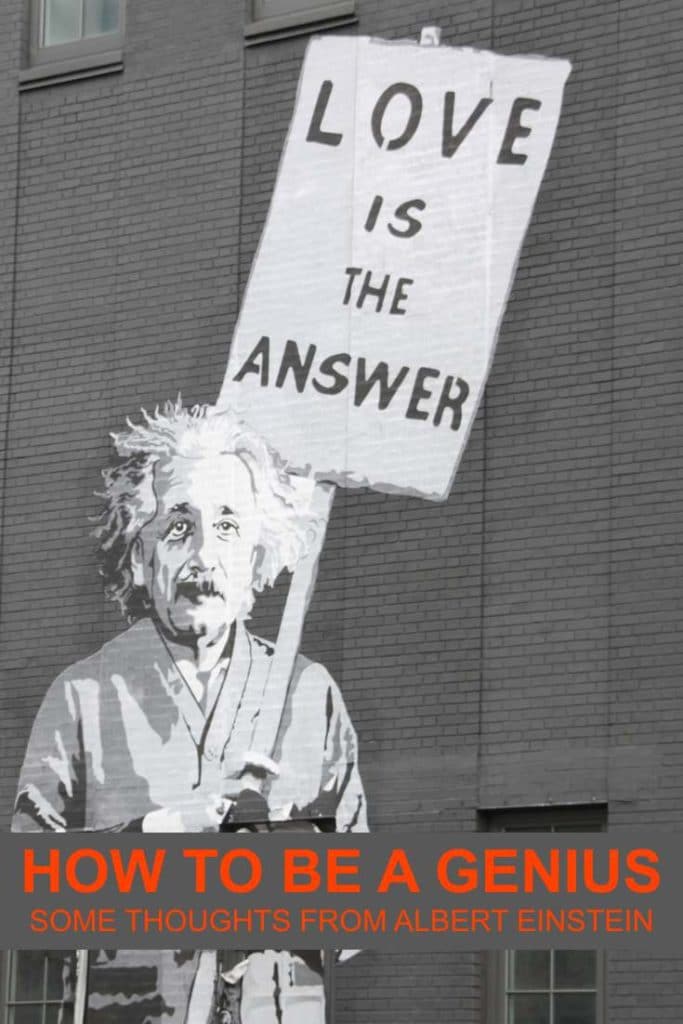 Albert Einstein is one of the most misquoted men in history. Although the misquotes are usually helpful, frequently he just didn't say them. And that's a shame because what he did say is so profound, there's no reason to misquote.

The following quotes and lessons on how to be a genius, come directly from Einstein (quotes); the lessons are my take on those quotes.

I have no special talent. I am only passionately curious."

Curiosity is what led Einstein to his Theories of Relativity as well as his Nobel Prize winning work. Fortunately, that curiosity is available to us all. One hallmark of a curious person is that they listen to learn, not to respond"”as most of us do. Listen to a child ask "Why?" I know, they'll drive you crazy! But that's the innate curiosity in all of us. Try not to stifle the curiosity of the children in your life and learn to ask "Why?" from them. 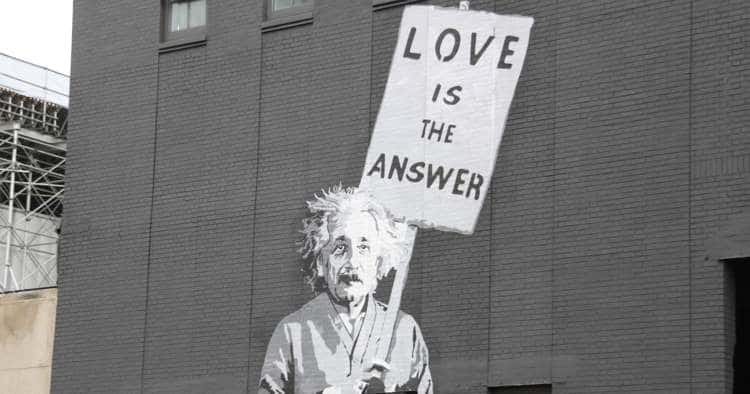 When I examine myself and my methods of thought, I come to the conclusion that the gift of fantasy has meant more to me than my talent for absorbing positive knowledge."

Einstein created "thought experiments" for himself. He would pretend he could fly along side of a beam of light, for example. That way he could imagine (fantasize) the properties of a beam of light. Think new thoughts today. Use your gift of fantasy to go places in your mind that you can't possibly go and then check out what is there. Stretch your brain. You may become a genius that way.

Logic will get you from A to B. Imagination will take you everywhere."

This is similar to #2 above. Use your imagination to solve problems for yourself that logic won't. Combining these first 3 insights into Einstein's genius, close your eyes right now and imagine that you are a squirrel. Spend some time seeing the world as a squirrel might, climb a tree, eat a peanut. Practice using your imagination each day and notice how quickly your brain seems to grow to encompass new thoughts and sights you never noticed before.

I have only two rules which I regard as principles of conduct. The first is: Have no rules. The second is: Be independent of the opinion of others."

Now, we all have rules: Don't run red lights; don't go to work in your pajamas, flush. I think Einstein didn't mean that type of rule"”although he broke plenty of those as well. I think he meant to question everything. Don't accept the "commonly accepted." If he was not independent of the opinion of others, he would not have been the genius he is. His work was ridiculed and looked upon with disdain for much of his early life. Yet, he persevered and revolutionized physics and the way we relate to our universe. Practice not paying attention to what others may or may not be saying or thinking of you. It traps your brain at that level, making it difficult for you to be a genius.

We can't solve problems by using the same kind of thinking we used when we created them."

If you don't have enough money, it does you no good to whine about it"”that's the kind of thinking you used to create the problem. Begin to ask yourself "How" and "What" questions: "How can I create more wealth in my life?" "What can I do to prevent this from happening again?" And here is the key to it all: LISTEN FOR THE ANSWERS! Einstein was a huge fan of intuition and inspiration. Listening to yourself is the way you get in touch with your inner wisdom.

Einstein's General Theory of Relativity: "If you sit with a girl on a bench and the moon is shining, then for you an hour will be a minute. However, if you sit on a hot stove, the minute will be an hour."

Simply put, time, which we once thought of as universal and objective, is actually subjective. I personally discovered this for myself while sitting through an hour-long lecture. The speaker was so boring to me, it seemed the hour would never end. When it finally did, and I was leaving the lecture hall, a couple walking next to me apparently thoroughly enjoyed the talk. They extolled to each other how the time just flew by. I was stopped up short and spent a good deal of time thinking about our discrepancies. This occurred when I was in college, over 40 years ago and I still remember thinking, "I wonder if this means time is relative and it has something to do with Einstein's Theory of Relativity." Seems it did. Something to think about.

We may not revolutionize the physics world like Einstein did but emulating some of his thoughts and behaviors may improve your life and, just maybe, the world.

Katie Evans is a hypnotherapist, specializing in weight loss and how your brain works. Want to lose weight easily using hypnosis for FREE? Just visit www.livinglitenow.com, click the link at the top of the page, and we'll get your MP3 right out to you, compliments of the Living Lite Hypnosis Centers.