This post will show how I managed to get 1 Million Visitors to 3 Pieces of old content from this blog, and in turn got an extra 5,000 subscribers, in the space of 6 months. 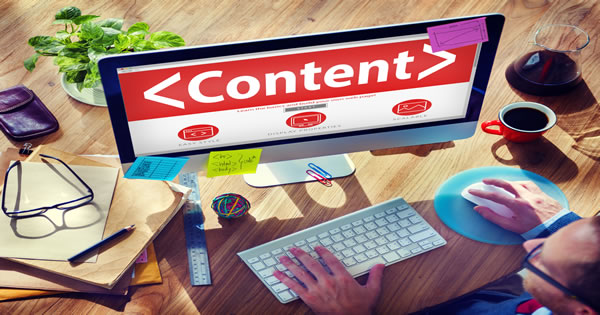 Let's turn to the 3 pieces of content in question:

10 Things You Should Drop From Your Life Starting Now

How to Lose 10 Pounds in Ten Days

8 Destructive Thinking Patterns and How to Change Them

Using Google Analytics I compiled a list of 30 top posts from the blog over a period of around 5 years and looked at the number of visits to a blog post, keywords used to find content, and interaction with posts from wordpress comments.

But choosing the above criteria I already knew what was popular and knew what other people would share on social media.

This blog has been running since August 2006 and at the beginning NOBODY used their mobiles to read the content from the blog. Then in 2011 things began to change.  Here's the % of mobile usage from 2011 onwards:

Why does this matter?

Well it was clear that my site wasn't really set up for mobiles so I changed the structure of the blog to cater more for mobiles, and changed the design theme to a responsive theme, which looked much better on a mobile.  There's still a few little tweaks I need to make, like the pop up I have, but having tested a few I've stuck with pop up domination for now.

This might seem like a silly thing to do as Facebook readers would be seeing the same content over and over again.  However the way Facebook works is that new readers (likes) to the Facebook page would see the content before people who weren't engaging with the page.  Since there are 20,000 new likes to the page every two weeks I could re-post blog links to 20,000 potential new readers every two weeks and it still seems as if I am posting fresh content.

You've already seen that with just 3 popular posts I managed to get 1 million visitors to the blog using the content that had been written over 3 years ago.

However,  due to the influx of new visitors and subscribers to the blog my search engines rankings in Goggle have increased by around 300%.

You can see a marked increase from October onwards.  This is when Google started taking notice of the influx of traffic from Facebook from the end of July 2014 onwards.  They started seeing my site as more relevant and I climbed higher up the search engine rankings for keywords and key phrases.

When I seen how much traffic Facebook and other social media sites were sending to the old contnet it was time to optimise Google adsense.  So I hired someone from Elance.com and he optimised my ads, only a few little tweaks.

Of course with the influx of new visitors from facebook and other social media sites there was also an increase in the number of subscribers to the blog.

Using a pop up from Pop Up Domination I managed to convert around 0.5% of the new visitors into subscribers, which sounds pretty abysmal, but with tweaks and testing I believe I can get this figure up to around 3% +

With over 1,000 articles over a 9 year period the structure was pretty dire, with over 40 categories.  My assistant, Ana, has now pulled all this together and put every single post into 1 category, and there are now only 7 categories on the site which makes it much tighter and much easier to search for related content.  Overall the site structure is perfect for new readers and much more intuitive.

This has led to an increase in overall pages viewed per visit and decreased the bounce rate, which basically means more readers are staying on the site longer, and reading more articles.

I have had a love/hate relationship with my blog over the years.  Sometimes I just love writing for it and can get into the flow quite easily, other times I am just too busy with business projects and it becomes a bit of a pain to maintain.

I even thought about selling the site but due to the name of the site and my association with it, I couldn't see it fetching more than $100,000, so I decided to keep it and work on optimising it for better content, a better reader experience and increase the engagement on the site.

I have done this by turning off the wordpress comments on all the posts and adding instead the Facebook comment plugin.  This has been much better for the blog as there is now much less spam comments and less work for me managing spam.  With Facebook comments I now get much better engagement.

I am in love with it again and have managed to get other contributors to write twice per week for it, giving them more exposure, with some authors getting a lot of traffic to their site on the back of posting to the CYT Blog.

My main aim now is to get more subscribers, which takes the power away from Facebook.  Right now Facebook is driving over 1/2  million visitors to the site every month and that is great, but it means i am relying far too much on Facebook, which is why i need to take that power away and get as many subscribers as possible.

I hope this gives you some insight and some ideas about what's possible with your blog and the fact that you don't necessarily need new content to have amazing traffic, but it's always a good idea to keep content fresh.

I also want to write more business content as this category is lacking in good content, which is why i am starting to write more posts like this, however i suspect the Facebook readers won't enjoy these articles quite as much as the personal development articles, so this will be a challenge getting more readers to the business content, but I have no doubt i will figure a way.

Let me know what you think by leaving a comment below.