It feels like your life is going nowhere fast while everyone else's life is so much better than yours. And you can't help wondering "˜is it too late? Am I stuck on this track forever?' You may even be reading this at 2am, wide awake as you try in vain to at least like who you are.

You've tried all that "˜be positive' and positive affirmations stuff, but it hasn't worked, something else you can't get right. 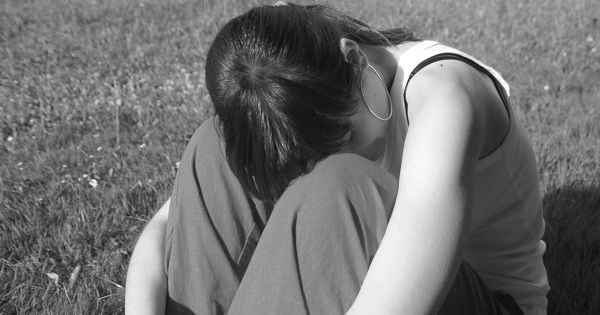 But the truth is, that stuff doesn't work, in reality "“ you got that one right!

Why positive affirmations alone are a waste of time

On their own, positive affirmations are next to useless.

They are like painting over a rough, cracked wall that hasn't been sanded, primed and properly prepared. It may last for a short while, but all too soon the paint cracks and peels away.

Unless you want to be constantly painting and getting nowhere fast, you need to prepare the wall first.
It's the same for how you think about yourself and your life.

The goal of inner harmony (hint: it may not be what you think)

Most people believe that the ultimate goal for inner harmony is to live in a zen-like state where nothing disturbs them mentally and they are peace with themselves and all around them.

That's fine if you live in a cave on top of a serene mountain eating flower petals and meditating, meanwhile, back in the real world, shit happens.

The goal isn't to never know disharmony or unhappiness again; it's to ride the inevitable waves of life with grace and inner-ease and not to "˜go under' as you do.

It's to have conviction that the external events of life don't define you, rather it's your reactions to those events that do.

It's a solid self-image of yourself where you have the humility to acknowledge when you make mistakes, the grace to rectify it, and the self-assurance that in it all, you are enough, you are valued and that you are worthy.

So you may be wondering, why am I my own worst critic?

Who is causing your toxic self-beliefs?

You know the thoughts I mean: "˜I'm too old/stupid/fat/unpopular/clumsy' "˜Who will ever like/love me?' The thoughts that keep you awake at night.

It's often parents/teachers/spouses/friends who plant the seeds for these destructive thoughts. So who is to blame for their crippling affects? You are!

Reality check "“ you're your problem, but thankfully, that means you're also your solution.

Others may have planted the seeds, but over the years you've carefully tended them to full, destructive maturity.
Each internal replay feeds and nurtures them until over time you can't imagine thinking any other way about yourself.

2 Essential steps to prepare for change

1) Stop "˜watering and tending' the negative thoughts you accepted from others.

Notice the frequency and intensity of how you tell yourself these things. Telling yourself something with a lot of emotional energy is 1000 times more powerful than someone else telling you.

Many of those people may not even be in your life any more, how can it still be their fault (even though it may well have been at the time)?

2) The unconscious mind takes everything personally"¦huh?

When you say negative, hurtful things about others and engage in damaging gossip, your unconscious mind assumes you're talking about yourself. Just think about that for a second. Things like:

"˜She's so stupid'
"˜He's such a loser'
"˜Did you see what she's wearing today, mutton dressed as lamb'
"˜He's never going to amount to anything'
"˜Her house is a mess'
"˜Who does he think he is?'
etc

It's like holding up a mirror and saying it to yourself.

A simple mind-hack to prepare the foundations so that affirmations can work.

Call to mind a happy holiday memory, doesn't matter where or when, as long as you experienced it firsthand.
Now, imagine you have a camera in your mind, take a still snapshot of whatever came to mind.

1) As you "˜look' at the snapshot you took, can you see yourself in the "˜photo', or are you out of shot i.e. behind the camera?
2) Is the image colour or black and white?
3) Is the image everywhere in your mind filling up all the space, e.g. panoramic, or just a small part of it?

Disassociated thoughts carry less emotional strength, as it's as if you're a third party observing yourself, rather than the person experiencing it.

Applying the mind-hack to yourself

What's that one negative thing you say to yourself over and over that's holding you back the most?

If you can't "˜see' yourself in the image e.g. it's associated, imagine you are now filming the scene and put yourself in the shot, making it disassociated (and therefore distancing yourself from the intensity of the emotion)

If the image is in colour, make it black and white

If the image is large, squash it down to half the size"¦then half again

Now imagine the image is 1000 miles away from you, a tiny dot in the distance

No more steps, just time to repeat"¦as many times as it takes

Eventually it will be like a scratch in a vinyl record, the old belief just can't play properly

Weed out all of the negative self-beliefs you have, one by one, it make take some time"¦so what? Would you be prepared to trade some time doing these mental workouts for a lifetime of liking who you are and living in harmony with yourself? I know I would.

Once you've "˜prepared the mental wall', now you can "˜paint' positive affirmations over the top.

Not feeling worthy and not liking yourself sucks, particularly when you feel it's too late to change it.
It's not"¦it's never too late to change. Simple changes like those above can have a spectacular effect on your life.

Imagine waking up in the morning looking forward to the day with kind thoughts about yourself.

Imagine in just a short while being able to re-wire a lifetime of negative self-talk.

Imagine what it will feel like to finally like yourself, even love yourself and to be in control of your life again.

Try these techniques every day for the next few weeks and watch with excitement what happens.

Louise Mallam is on a lifelong mission to inspire people to greatness. Follow her blog for inspiration to be happy, be more and love life.
Free eBook '10 Inspirational Quotes to Warm the Heart & Heal the Soul'
You can find her also on Facebook