It's the voice in your head that says, "You're gonna blow it" when you're waiting to be interviewed for a coveted job. And it's the thought that grabs you in the middle of the night and says, "I can't believe you said such a stupid thing." while replaying a conversation you had with a friend.   Most of us are prone to some level of self-criticism. Sometimes it can be so brutal and incessant that it can seem like there's a character who lives inside your head completing devoted to trashing your dreams. And sometimes the criticism is more subtle; popping up out of nowhere and quietly nagging you about your short-comings.

Psychologists call the self-critical part of ourselves the "inner critic", but being a psychologist didn't make me immune to inner criticism. I spent years grappling with a harsh inner critic who scolded, mocked and degraded me. Listening to it wreaked havoc on my confidence and kept me from taking risks. I now understand that it's not really possible to completely rid myself of inner criticism, but that doesn't matter because I have learned how to tame my inner critic using strategies adapted from mindfulness and compassion-based cognitive therapies. Today I'm going to share these strategies with you. If self-criticism has ever bothered you or held you back, here's what to do to conquer it, so you can live more freely and feel better about yourself. 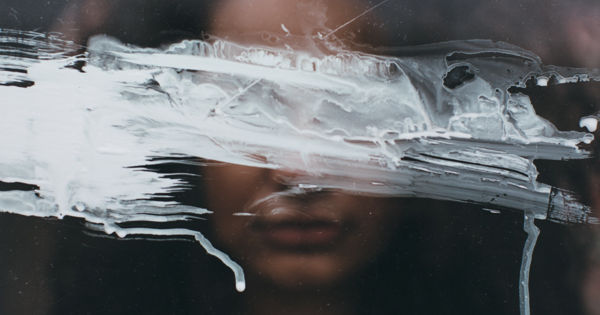 First, you need to notice the self-criticism.

Psychologists are fond of saying that "If you can name it, you can tame it". When you notice you're feeling bad about yourself, tune into your thinking and check if your inner critic is wagging its judgmental tongue. Then, simply tell yourself, "I notice that my inner critic is here now." Without this awareness, inner criticism can hijack your mind and you'll have no options other than believing the critic. But this first step puts you back in control.

Ask yourself who's really talking?

We internalize negative messages we hear when we're young. Maybe one of your parents had harsh words for you, or you had an unkind teacher, or there were mean kids on your playground. When you identify the original source of your critical thinking, try calling it by name. For example, if your critical teacher was named Mrs. Smith, you can respond to her voice in your head by telling yourself, "That's not me; it's Mrs. Smith." It's important to separate yourself from your inner critic. Even if you can't identify someone who criticized you in the past, at this step you can still remind yourself that, "This isn't me talking; it's my inner critic."

I know this sounds nuts! Why would you accept your inner critic when it has nothing on its agenda other than berating and sabotaging you? The simple reason is because when you fight it, you increase its power over you.   As Carl Jung originally stated, "What we resist, persists". So tell your inner critic, "Even though I don't like what you're saying, I accept that you're here." I'm not telling you to listen to its ugly words, just to acknowledge them. You may notice that when you acknowledge your critical part, it softens.

You've separated yourself from your inner critic, weakened it by acknowledging it, and soothed yourself with compassion. That troublemaker might be neutralized already! But if you're still feeling the sting, it's time to fight back. The inner critic often acts like a bully who retreats when you stand up to it. So, ask yourself, "Is my inner critic telling me the truth?" and search for evidence that contradicts that criticism. It might not be too hard because the harsh words of your inner critic rarely stand up to scrutiny.

Even if there's some truth to its criticism, your inner critic always exaggerates your flaws and transgressions, and has no interest in the self-compassion or forgiveness you need in order to grow. If you find that you've made some mistake or recognize a personal flaw, it's ok. You're human, and we all make mistakes and are beautifully imperfect. Forgive yourself, correct your mistake if you can, see what you can learn from it, and move on.

Your inner critic has been spewing negative propaganda about you, and now it's time to build a new habit of replacing that critical talk with warmth and compassion. Find the kind and supportive words you would use with someone you care for, and start repeating them to yourself with the same relentlessness your inner critic has used in the past. For example, if your inner critic called you a "failure" for not getting a job, you can commend yourself for your courage in applying for the job, and remind yourself that "everyone stumbles sometimes, but keep going and you'll eventually succeed and be stronger for it."

You may have an inner critic who can bring you down, but you don't have to be its victim. Based on personal and professional experience, I can tell you that by recognizing it, naming it, offering yourself compassion, and fighting back you'll be in a position to replace your "inner critic" with an "inner champion", build your confidence, and thrive.

Dr. Michelle Marks is a Licensed Psychologist with a background in Cognitive-Behavioral and Positive Psychology. She is the developer of Fulfillment Fitness Trainingâ„¢, a practical training system she created based on her own journey toward self-discovery, empowerment and meaningful fulfillment. Visit her website where you can train to nourish the seeds of successful and empowered living in just 15 minutes a day, sign up for updates, and receive a FREE video seminar on the Anatomy of Fulfillment. Follow Dr. Marks on Facebook