Was Benjamin Franklin workaholics or lazy? At the first glance such question is very easy to answer. It's well known that Benjamin Franklin worked like a horse which allowed him to done multiple great accomplishments. He said that "Time is a money" and proved that workaholics is the only way to results, didn't he. That's what we usually think, but we seem to forget that the same guy also confessed "I am the laziest man in the world". And in fact, he was! However, he perceived his laziness as an unfair advantage not a flaw and really master this personal strength. Fortunately, we could learn from him how to do the same. 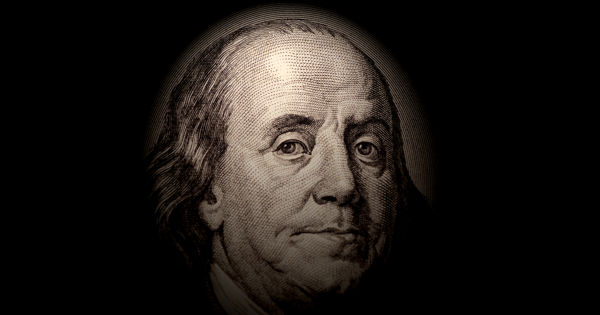 Feeling bad about laziness is a common issue

If you're like 99% of people, you consider laziness to be a serious fault. You probably know very well the feel of guilty every single time when you waste your time on doing nothing. And maybe, from time to time, your inner voice says to you "stop being lazy you weak bastard! You can beat that laziness and achieve great things". Then, you again try to follow such advice and at the beginning you feel great. However, every time it leads to the same end- exhaustion, imbalance and sometimes even depression. As a result, your life is like sinusoid when after a peak there must be a valley. And there is no real progress as the baseline stays in the same place all the time. Ouch!

It's not your fault that you didn't get education about laziness

It's the vast majority of society that cause you to think bad about laziness. The same society teaches you to follow certain path to averageness and mediocrity. Depends on the environment you may be educated differently about money, drugs, jobs, emotions etc. For example western people consider ambition to be extremely valuable while eastern philosophy usually teaches it's a bullshit. And what about being humble? Is it good or bad?
Neither, as it's all about your mindset. And your mindset is usually what you adopted from relatives, standardized education and peers. However, you could develop the new mindset that will serve you better. We have privilege to live in the era of information. There are people from who you can learn the successful mindset (often completely opposite to common beliefs) regarding things like money, business etc. Just search the internet or book store and you will find blogs, books or articles just like this one.

The way of how you perceive the world is the matter of your choice. You may blindly follow the society rules or question them. Great people usually do latter. And Benjamin Franklin has questioned the believe that laziness is a bad thing.

Laziness is not good or bad, it's just a tool

The value of everything is more about how, when and what you do with it. Everything could be good if used wisely. You may use aggression to win in a sport match. You may use illegal drugs to cure people from chronic pain with less side effects than many pharmaceutical products. You may even kill someone to safe multiple lives. That's the pure logic in action. So why the heck we perceive laziness as a bad thing when it's clearly not.
It is all about how and when you use your laziness. Benjamin Franklin has known the truth. He was lazy yet was perceived as workaholics. The answer to this paradox is the principle of smart laziness that he steadily utilized.

The Benjamin Franklin's guide to smart laziness contains two parts. The first part is well summarized by Robert A. Heinlein in his "Time Enough for Love" novel. He's written there that:

"Progress doesn't come from early risers "” progress is made by lazy men looking for easier ways to do things."

The second part is hidden between the lines of 13 virtues of Benjamin Franklin.

Franklin's invention derived from his respect for laziness

Benjamin Franklin invited multiple things by searching for easier and better way to do something. In order to minimalize the work needed to heat the room, he invented a metal-lined fireplace called after him the Franklin stove. His invention produced more heat and less smoke (than ordinary open fireplace) from the same amount of wood, so you don't have to bring so much wood and also need less work to maintain fresh air within the heated room. It's impressing how laziness may be used for such great things. But Benjamin did not stop on this level.
Have you ever thought deeply how exactly he discovered some of his most known inventions. It's the brilliant use of smart laziness as he did this meanwhile one of the laziest activities that you could imagine- kiting. In 1750, Franklin proposed a kitting experiment which led to discovery of lightning rod. But that wasn't his last word about power of kiting. Benjamin Franklin has been noted for his using kites to pull humans across waterways and his prediction that such technique might be used for pulling ships. Therefore, Ben Franklin was probably the first kite- surfer on the world. How workaholics does is sound?

Could the Franklin's 13 virtues be condensed to smart laziness?

Some of you may know that Franklin, in his autobiography, described a plan of 13 virtues, which he developed. However, he certainly did not live completely by those virtues, and by his own admission he fell short of them many times. In my opinion this is because of the excessive amount of virtues which makes cultivation of the plan extremely difficult. Unfortunately, all of the virtues could not be condensed to a single one. However, luckily, we can summarize the most important part of them (responsible for 80% of the good we could extract from them) into just one principle. Here you got the condensed, according to Pareto (20/80) Rule, version of the wisdom hidden in 13 virtues of Ben Franklin:

Don't waste your time, energy, money and other resources on doing something that you can't described as extremely valuable, fun, meaningful, good etc. at this exact time of your life. Instead just do nothing and conserve your resources until you find the right thing to spend them on.

Step by step plan to become a master of smart laziness

The journey begins when you discover and accept your inner laziness! You should acknowledge that it's just a tool which could be used for good or evil.
Then, you seek for easier and better solution whenever possible. And question every task that involve unnecessary hard work when easier way either already exist or can be invented.

Next step is all about doing plenty of cheap, idle activities as close to doing nothing as possible. This will allow you to charge your batteries and focus your mind on the most important things.

Then concentrate on spending your energy, time, money and other resources only on things worth it. Waste as little as you can, ideally nothing.

There is no last step as the journey to smart laziness mastery never ends. There are endless possibilities laying in this super-power. So, you can explore them and practice your smart laziness as long as you want.

The one simple message takeaway

If I have to choose only one idea worth remembering from this post it would be the deception of blunt statement that laziness is always a flaw. This is powerful, slightly forgotten, concept that could greatly improve your mindset and overall quality of your life. Don't you agree? Please let me know in comments whether I convinced you to look at the laziness in your life as a tool that can be used for good in your current situation.

Gregor Moniuszko Ph.D. is a former research scientist who shows people how to achieve more meaningful results in life by helping them use their inner laziness properly. He debunks myths about the negativity of laziness and displays findings derived from the analysis of unconscious uses of laziness by highly successful people. Read more from him at Leveragelaziness.com