I recently came across a quote I'd never heard from Thomas Edison:

"Nearly every man who develops an idea works at it up to the point where it looks impossible, and then gets discouraged. That's not the place to become discouraged."

Thomas Edison, of course, is famous for having never quit when things looked impossible.   When inventing the first commercially practical light bulb, he ran thousands and thousands of experiments before he created a light bulb then would burn for a long period of time. 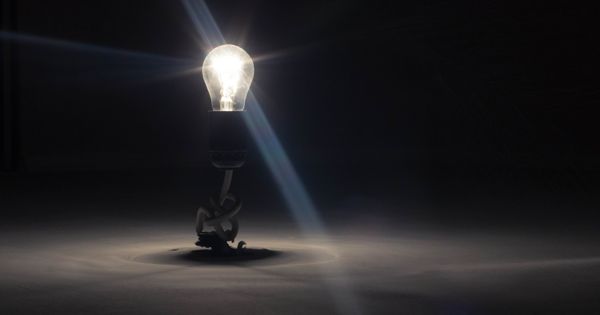 Edison didn't invent the first light bulb. The incandescent lamp had already been invented.   What he did was create a version that was commercially practical. Cheap enough to produce and sell en mass, and burned long enough that people would have use for it. The first few either were far too bright to be used inside a home or only lasted a few hours at most.

Again, he tried thousands and thousands of ideas before he found one that worked. His team of inventors and assistants certainly got discouraged and doubtful, but not him. Everyone working with him had the knowledge and ability to create that same invention, but what it came down to was will and perseverance.   Refusing to quit.

The First Thing That Stood Out About The Quote Was"¦

Two things really struck me about this quote when I read a little more about that period in Edison's life.     The first is the obvious one:   that when things look impossible, that's the precise moment that you have to force yourself to continue forward.   That's the moment where progress and advancement is made.   That "˜wall' is simply the box or boundaries that you have lived within.

We don't know what's on the other side of a wall that we've lived behind our whole lives. We don't know the possibilities or potential, and the only way to find out is to get uncomfortable, have faith in our abilities, and just keep moving forward.

I admire Edison's ability to keep moving forward in the darkness, so to speak.   He was acutely aware that he could not know everything in any specific moment. He was aware that the only way to learn, grow, and tap his potential was one step at a time.  Like walking with a flashlight in the pitch black, you can only see the small area in front of you. But that doesn't mean that what you can see is all that exists. In reality, there's a whole world right in front of you.

You may not be able to see it all at once, but if you have faith and keep moving forward, it will reveal itself to you.

And The Second Thing About The Quote"¦

The other fact that jumped out at me is that he didn't do it alone. He had a team of inventors and scientist. Most likely they were brilliant people, like himself. They all were perfectly capable of eventually creating what he did. But many of them got discouraged. Some may have quit. Without Edison, that team may have given up after the first thousand failed attempts. Or less.

It wasn't solely a matter of ability and knowledge that led to this invention. It was Edison's determination and refusal to quit.   His insistence to continue moving forward even though he had no idea how far he would have to walk in the dark.  How long it would take. He just knew his destination was ahead somewhere in front of him.   And he was determined to get there.

I think of how many projects I have started and stopped in my life.   And I imagine what they would look like today if I had forged ahead with them, for years and years.   And it's those thoughts that keep me forging ahead with my current projects. Refusing to quit when things get tough. Knowing that as things get trying, that I'm actually at a turning point.   That it's time to focus and keep moving forward.

What about you guys, dear readers? What does this quote or Edison's experience mean for you? I always learn so much from you all!