We rightfully place much emphasis on doing, but sometimes we need to stop to see the broader picture. It is possible that if we knew where we were going, we would not be moving so quickly to get there. Without looking inwardly, we run the risk of pursuing goals, dreams and passions that no longer excite us and falling into foreseeable pitfalls. Stephen Covey once said, "discernment is often far more accurate than either observation or measurement." To have such insight, one must have a vision of the future and be intuitive. Here are four reasons we should be seers.

1) Foresight Can Protect You

Fortunately, seeing the future is not just about being inspired: foresight is critical to our well-being. While I love to be motivated to pursue my dreams and passions, sometimes I have to step away from the "what" and the "why" to contemplate the "how." It is all too easy to get so enamored with our dreams and the emotional rush of working on them that palpable and fatal flaws are not perceived. Remember, it's lack of foresight that often gets us into trouble, sometimes even more than lack of activity. For example, you wouldn't have to say "Junior don't put that toy in that AC outlet," if Junior possessed the foresight to appreciate the implications of that action. 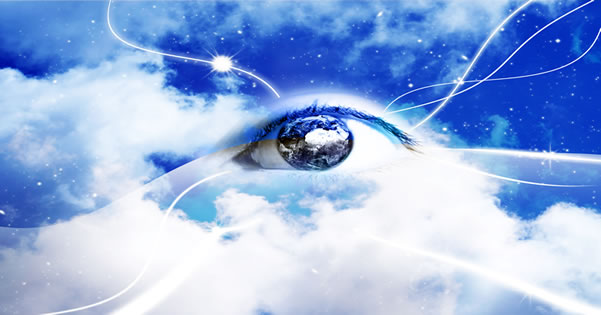 Being able to accurately predict the outcomes to decisions is not only insightful: it can mean the difference between success and failure. For example, a venture capitalist (VC) was prospecting a business to acquire, and his lawyer was examining the deal. The lawyer said I really think we need to look at the seller's divorce decree. The VC was hesitant but eventually acquiesced right before he was about to close the deal. Had he closed the deal, he would have owed the seller's ex-wife a whopping $5 million dollars. The divorce decree had a clause stating that upon the sell of the business, the business will pay her $5 million. The seller and his ex-wife had both forgotten about the clause, but her lawyer was well aware and ready to enforce it. By listening to a seer, his own lawyer, the VC saved millions.

It is incumbent on us to anticipate the ramifications of our actions; if you don't possess foresight, invite someone to be a part of your team who does.

An ounce of prevention is worth a pound of cure.

2) Envisioning Goals and Dreams Keeps Them Alive in Your Heart

Accordingly, my question to those who bemoan their present circumstances is, "What future do you see?" You don't qualify for a future that you can't see. It is critical that we spend more consecrated time visualizing our futures. Visualizing your goals on a regular basis can supply the momentum needed to move beyond inspiration into action and can provide insight during adversity. Remember, lives typically are not changed by motivation alone. It's inspiration that prompts corresponding action that is truly transformative.

It's important to mentally see the rewards that will be attained by achieving our goals, as that helps maintain our passion for them. Often, it is those rewards that allow us to persevere during difficulties and that prompt us to filter out activities that do not qualify for our focus. It's those rewards that pervade our thoughts and subconsciously move us towards those goals. We move in the direction of our most dominant thoughts. Thus, even the directionality of our lives can be influenced by what occupies our thoughts.

We must see the rewards of fulfilling our dreams; otherwise, our strength may wane during challenging times.

3) Seeing Your Future Can Obliterate Your Previous Programming

Moreover, until you gain control of your mind, you will be a hostage of your previous programming. For example, often one of the biggest challenges I face when I am helping people reach financial goals is to elevate their visions. For instance, until they can see themselves purchasing a nice car for cash, it seems like pure fantasy. Most will follow the car loan script and never even look for alternative and less expensive ways to own their vehicles. While this example refers to cars, there are broad implications. We often don't question our behaviors or our preconceived beliefs. In the same way some people believe everyone has a car note, there are people who believe that nearly everyone is fat, nearly no one gets prestigious degrees, no one earns six figures upon graduation with a bachelors, etc. The challenge is prompting ourselves to remove deep-seated negative beliefs regarding "who we are," "what we can accomplish," and "what we can possess."

If you likewise desire to break free from your comfort zone, be cognizant of your mind's diet. It's hard to develop a world class vision when you are consistently feeding your soul with garbage. Your possibilities are determined by your capacity to believe. Thus, we should consistently be elevating our awareness of our possibilities via books, podcasts, lectures, conferences, and blogs. By controlling your intake, you are also controlling your destination.

When is the last time your goals inspired awe and wonder in those who you announced them too? Audacious goals inspire! While your goals and dreams do not require the approval of everyone you love, they should be big enough to motivate someone to partner with you to achieve them. The simple fact is most substantive goals will necessitate the help of others. In fact, if your dream can be accomplished without the assistance of another, then consider why your sights are set so low. As David Novak, the CEO of Yum Brands, indicated, taking people with you is (generally) the only way to make big things happen.

Additionally, achievers are often looking to connect with like-minded people. That's because our society's obsession with fun and entertainment has eroded a sense of purpose, so it can be challenging to find someone who is actively building a multimillion dollar business, who is pursuing a world-class career, who is positioning himself as a thought-leader in an industry, or who has a network including the premiere movers and shakers of his or her generation. If you are among those who are working towards such high levels of influence, you will find ample opportunities to connect with accomplished people. Some will likely even pursue you because great goals attract great people.

We often feast on the spoils of visionaries while simultaneously downplaying their significance. It is sad when someone who has sacrificed his all for his vision experiences a little bit success and then is crucified while doing the same activities and holding the same beliefs as before his success was publicized. We forget how powerful seers are to our lives.

Where you are sitting right now is the product someone who had vision. The device you are reading these words on was only developed because someone first had vision. Even the business from which you derive your financial provision is the product of someone's vision. Interestingly, nearly everyone has had a dream or vision for the future that could have transformed his or her very destiny. Suffice it to say that the vision is often the starting point to greatness. In no way should it be trivialized. You only qualify to possess a future that you can visualize. So tell me, what future do you see?

I'm Roshawn Watson, and I write at Watson Inc on eliminating debt, investing money, and building wealth. Get my free eBook Your Foundation to Wealth by signing up for my email updates (no spam I promise). Get my RSS feed and connect with me on Twitter @roshawnwatson too.