For a long time it had seemed to me that life was about to begin "” real life. But there was always some obstacle in the way. Something to be got through first, some unfinished business, time still to be served, a debt to be paid. Then life would begin. At last it dawned on me that these obstacles were my life.

Norman Vincent Peale, author of The Power of Positive Thinking once offered to show a young man in despair a place where thousands of people had no problems at-all. 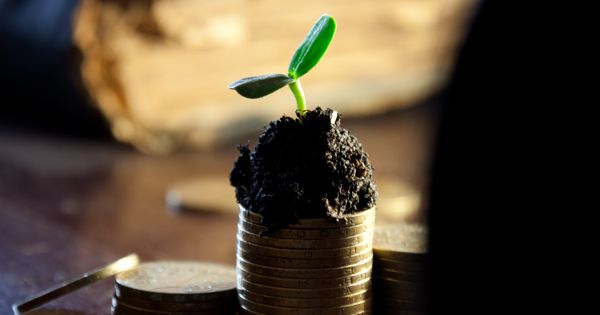 The young man, eager to hear about such a place, was not so pleased when he found out where it was.

It was Woodlawn Cemetery in the Bronx.

Peale argued that if you're alive you're going to have problems. Using a reframe that might be a stretch for some he further said: "If today you have no problems, I urge you, go home as fast as you can. Go into your room, lock the door, fall to your knees and cry out to the Lord, "What's the matter Lord? Don't you trust me any more? Give me some problems!"'

Yes, I can hear you making some barely printable comment or more charitably muttering saying '"Sheesh!" Give me a break. Who'd want more problems?'

And you'd be right – most people don't want more problems.

But I'm betting you are not most people. You are interested in taking your development to the next level (or you wouldn't be reading this blog!) and while I hate to say it – problems are one of the routes to get there.

But I still don't want problems!

Am I channeling Larry Winget (author of Shut up, stop Whining and Get a Life) when I say wishing they were gone won't get rid of them? We will never be without problems* so the sooner you face up to that fact the sooner you'll be focusing beyond them to solutions.

Therefore it's in our best interests to develop a good robust mindset for dealing with problems. As the quote says 'these obstacles ARE your life" and the quality of your life can improve in proportion to your attitude to problem solving.

We have framed problems as terrible, awful, something to moan about etc.   And so we "as we think so we are" and problems and inconveniences produce uncomfortable and so-called negative feelings – and accordingly are experienced as awful events that just get in the way of us having what we want.

I tell you – when you visit a third-world economy country – and then come back to seeing people having a fit in the superstore because they had to wait five minutes to pay for their piled high trolley of food – it puts things in perspective.

Many things we think of as problems are merely reflections of our lack of patience and our spoilt brat expectations of getting our own way. A life with so few problems is a luxury of the West and not reality for most of mankind.

But the fact remains – We will always have problems. If we're going to succeed we need to learn to love them.

I will be the first to admit this process can seem HARD and it seemingly goes against the grain. But that only exemplifies the power of the case we've built up against them.

If"¦.if you can learn to approach problems with excitement and verve, IF you can LOVE them – you can gain a tactical advantage over 90% of people in the world**.

More on how to do this further down.

Problems can make you rich.

It has been said "Don't become a millionaire for the money, make a million for the person you will become in the process."

Now, hopefully you're planning to be an ethical, philanthropic contributor to society rather than paranoid billionaire locked in a room with talons for fingernails (sorry Howard) but either way – to get there – you'll need to overcome lots and lots of problems to get there.

The more problems you can solve (and the bigger those problems) the more value you can add – and the more you can get paid. Imagine if you were the person who invented the wheel – think of the royalties from that"¦!

Adding value to other peoples' lives increases the impact you can have in this world. And since 'making a difference' is so often on peoples' list of values when you are known as an avid problem solver you will win people to you.

You can lead in your field. You can be a servant leader, providing for mankind in some area. And you can feel a whole darn lot better about your life.

So how do we change our attitude to solving problems?

Change our reaction to problems

Paul Stoltz in The Adversity Quotient suggests we retrain our brain's reactions to hearing about problems. Instead of groaning he advises we sound klaxons like this one:

Likewise, we can also force ourselves to rejoice when we have a problem:

When I was training to be a coach the trainers would have the class raise their hands in the air and shout "How fantastic!" when they had an insight.

Doing this when you realize you have a problem to solve helps break the neuro-linguistic-semantic state that used to get you down.

Yes, it'll feel weird at first like laughing when something isn't funny but you'll get used to it.

Increase your ability to bear pain

Peter Daniels is a 78 year-old Christian billionaire who is one of the four-hundred richest men in the world.

When asked on a talk show what one of the secrets to his success was, he said "my willingness to bear pain". Daniels said that to be a success you need to be willing to bear pain, suffering, humiliation and ridicule.

Although he didn't specifically mention problems it is obvious he had overcome numerous odds to get where he was. Did I mention he had gone bankrupt 4 times and was illiterate until age 27?

And there you have it. With a powerful enough motivational source you could overcome most any problems in your life or give it such a good go you wouldn't feel bad if you failed!

But what would drive you to endure, to pursue solutions with the same intensity you would have if you're loved ones would be killed?

What would be so important not to loose, what would be a loss so grievous you would do almost anything to avoid it?

Conversely, what do you value so much you would live for?

What are you willing to endure for your goal?

Identify yourself as a problem solver

This one comes from Switch by Chip & Dan Heath. People who identify themselves with an idea become more likely to behave in a way congruent with that idea.

Remember a time when you really loved solving a problem. Perhaps you didn't identify it as a problem but it was a situation in need of a solution so it could be defined as a problem.

When you see what you saw, hear what you heard and feel what you felt, adjusting your body to allow the maximum experience of this you can stand, imagine what it would be like having this feeling as you approach other problems?

For example, if you enjoyed planning a holiday, what if solving that knarly work issue felt like the joyful anticipation of a week on the beach?

If you choose to accept the definition, you acted as a problem solver that time.

Now, think of all the problems you have solved throughout your life. Everything you have had to work out how to do is a problem you have solved. From walking, to baking a cake to figuring out how to fund that holiday in three months rather than six, these are all examples of how you have used your problem solving abilities. Don't dismiss it, you did those things and what seems effortless to you may be hard for someone else.

In the field of NLP we call using a strategy that was successful in one area in another 'mapping across'. If you want a real in depth discussion of how you can develop new strategies try NLP Volume 1.

Redefine your meanings of problems and pain

As I alluded to earlier, a good frame to have is: "I love problems because they make me rich!"

Additionally, here are some frames you could use:

If you have a particular problem (ha!) with your concept of problems and pain, get the Change your Concepts Change your Life which will help you map out and redefine your conceptual states of mind – leading to a change in your behavior.

Redefine your expectations of 'settling'

At what point do you want to stop solving problems?

I ask because, truly, perhaps you're satisfied with where you're at in life?  Perhaps you really don't need to solve some of the problems that others insist are part of everyday life.

You could be happy to rent not buy, normal in some parts of Europe.

You might be happy being single when everyone tells you that marriage is wonderful (it is!)

But you get my point.

Or perhaps you're conflicted inside because you don't want to venture outside your comfort zone but know you need to in order to grow.

You need to give yourself permission to redefine your expectations of where you stop.

This can be as simple as putting your attention inside your head and telling yourself in an authoritative voice: "I give myself permission to press on, even though I feel uncomfortable."

I mean, imagine what would open up to you if you didn't value listening to your problems any more"¦!

So here you have some thoughts on problems. We will always have them, so let's step up and learn to love solving them, if not the issues themselves.

Our entire futures can be changed by the issues we solve for ourselves and those we love. So problems? Bring it on!

*(Yes, if you like you can reframe this to "I don't have problems I have solutions waiting to be found" – fine, if that works for you. )