I thought I would share a bit of news which I heard and I was a bit saddened by it. The famous "˜McCowans toffee' firm has gone into receivership. 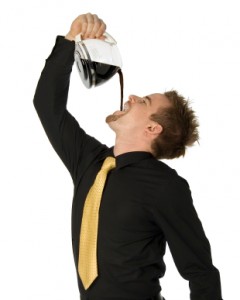 The company was started in 1922 and the famous Highland Cow was recognised worldwide as the logo for the famous toffee. For those of you who don't know, the company who saved McCowans, John Millar & sons, has gone into receivership and will close it's doors leaving 149 workers without a job.

I remember McCowans toffee from when I was a boy when you could get a bar for 10p and it was delicious. Even better were their penny chews, once you started chewing these you would never get rid of them as they stuck in your teeth forever. Also going is the Wham bar, which I wasn't too keen on. Also the Pan Drops are going, due to the closure. I used to love them as well, although that was a treat for a Friday night.

When I heard the news it immediately took me back to my childhood when I used to cry when someone beat me at marbles, particularly when someone got my "˜chinkies', my first kiss, my first bullying session, my first memory of supporting a football team. I lived in a rough area in Edinburgh, Wester Hailes, but it all seemed so exciting when I was a child. I remember shouting up at my mum, on the top floor flat, and asking her to chuck 10p down so I could get a sweetie from the van and then I would run and get a highland toffee bar"¦"¦.ah the young and naÃ¯ve memories.

It has no doubt become synonymous with many children of Scotland's childhood and it is a real shame it is going. I hope they find a buyer and I wish them well for the future.