We look up to them, at them, like they are some sort of God. We admire them and stand in awe to their achievements and their strength. We think they are the true warriors of the world and pale in their shadows. We can never live up to their standards and we can never be like them. They are out of this world amazing.

Ok not quite but the mentally strong person is definitely one to be admired. We do look up to them because we are in constant awe and amazement and how the hell they do it. Don't they ever crack? When do they have their down time, or their weak time, or do they even experience that at all? 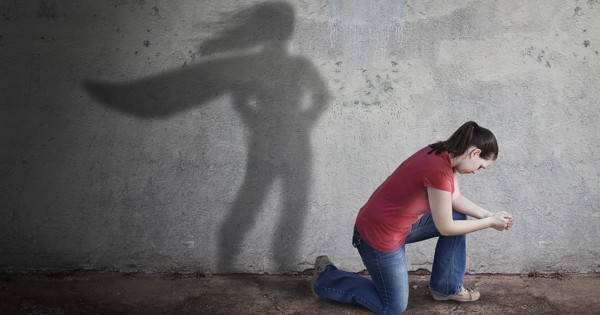 You'd be surprised. The mentally strong person is normal just like you and I. Here are a few myths that we have about them that are busted.

1. They never crack under pressure, or at all for that matter.

Sure they do. Just not the same way we do, that's all. When we get too stressed or start to feel like we are losing control we react in several negative ways: we yell, scream, throw things, lash out at people, etc. The mentally strong person can lose it sometimes too, they just handle it a bit different is all, and chances are, they won't react in public or in front of anyone. They prefer to lose it in private.

2. They were born strong.

No they weren't. This didn't come from their genes.   Sure mom and dad might have had a bit of a hand in it while they were growing up, but they definitely weren't just born strong. They have more than likely had to endure something in their life to make them that way. Over the years, they grew stronger and stronger. Anyone really can do this. If you want to be mentally strong you can choose to practice and work on it being such a person.

3. They are emotionally unavailable.

It may seem like that but really they aren't. They have feelings and close friends and emotional moments.   Chances are, they probably wouldn't mind another friend or two. They seem to be cold and noncommittal but that's just an illusion you have of them. Get to know them and you will see. They aren't much different than you in this regard.

Not quite. Though it seems they are smarter than the rest of us, they just know different things than you do, that's all. They may seem to be more confident in things they know and sometimes confidence can be mistaken for extreme intelligence or even cockiness for some. We all know a lot about a lot of different things. Mentally strong people are no different here.

5. They are stuck up and stand offish.

Well yes and no. They really don't like to spend too much time with drama queens or people who are not open to learning how to better themselves, unless this person is mentoring from them. Mentally strong people just prefer hanging out with likeminded folks is all.   Mental stimulation is rather important to them so they just prefer to be with those who can provide it. No offense to any others. You're just not their type is all.

They may seem boring and too serious for their own good but mentally strong people like to go out and have fun just as much as the next person. Being mentally strong doesn't mean dull and boring. Yes they are serious about a lot of things but one thing they are serious about is enjoying life and having as much fun as they can. Life is short. They get that and try to make the most out of life.

It's not judging, really.   They get that not everyone is going to be like them. To be mentally strong takes practice, lots o f it, a willingness to learn, grow and be open-minded enough to want to grow your mental strength. They aren't judging you, they simply choose to not really want to associate with you because you're not on the same page. They aren't going to call you dumb or weak or stupid, they just aren't going to call you at all really.

It may appear that they are but really if you ask them their secrets on being mentally strong, chances are they would love to share them with you. They aren't private, they just don't go about their business in a great public display.   They know how to handle things in a mature adult like way which may come off as private.

To be mentally strong takes work, but if you are willing to put in the time, the result will be well worth the effort.