When we set goals we usually consider them to be "realistic". After all, it wouldn't make any sense to strive after "unrealistic goals" and set yourself up for a failure right from the start.

Yet, for some unexplainable reason, 75% of people still consistently fail to meet their goals, objectives and New Year's resolutions. These failures have very little to do with the lack of time, weak motivation, or our skills. It's just that the concept of "realistic goals" is so vague that we end up with vague results. 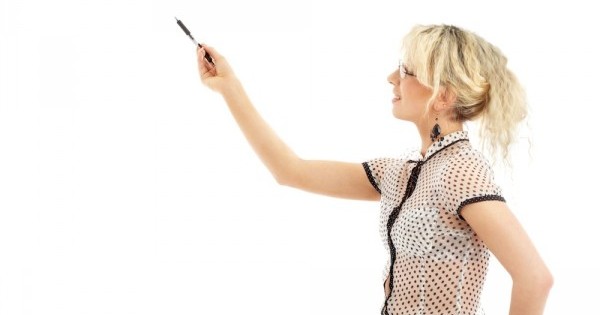 But that's about to change! Here are the 4 Golden Rules of Realistic Goal Setting that I wish someone had taught me years ago.

Goal Setting Rule #1: Be in control of your goal

How can you tell that you are in control of your goal? Simple: if it's positive outcome fully depends on your efforts, not outside circumstances or other people, then you're in control.

"Winning the lottery" is an extreme example of an outcome you can hardly influence. Sure, you can buy lottery tickets, but other than that, there is not much you can do about it. It doesn't look cool when people blame a bad economy, a stupid boss or corrupted politicians for their failures. You need to accept 100% of the responsibility for your successes and failures, so make sure that your goals are 100% within your control.

Seems pretty obvious. How can you not know when you've achieved your goal? You either have it or you don't. True enough. But the vast majority of goals and New Year's resolutions that I hear are unrealistic for one simple reason: they lack a measurable criteria.

"Getting in shape", "exercising regularly", "learning Spanish", "making tons of money" are just some of the examples of goals that have no clear destination point in mind. How will you know if you are in shape? Does it mean that you should be able to run a 10K marathon, without stopping? Or that you should lose a few inches around your waist?

The same is true for learning Spanish. How can you tell if someone has learned Spanish? Does it mean memorizing 2,000 words? Learning basic grammar? Or being able to carry out a conversation with a native speaker in Spanish and they actually understand what you're saying?

Apply "get what you set" rule to any goal that you chose for yourself. Make it super-specific and measurable, so that you know exactly when you've achieved it.

Dream big, but take baby steps and you'll get where you want to be much faster and with less effort. Instead of aiming to lose 20 pounds in 5 months, break this goal into smaller and easier-to-reach milestones: losing 2 pound in 2 weeks. It's less overwhelming, and consequently, there is a lower chance that you will procrastinate on taking action.

In addition, focusing on gradual 10% improvements allows you to; track your progress better, keep your motivation higher and celebrate little achievements along the way. The rule of thumb is to take your probably ambitious goal, divide it by 10 and focus on a smaller milestone with a shorter deadline.

Goal Setting Rule #4: Be prepared to sacrifice something

Numerous Psychological studies show that we are prone to the so-called "planning fallacy" bias. When we need to think of a "realistic" scenario, we envision everything going exactly as planned. We tend to overestimate the benefits of doing a certain task and greatly underestimate the time and effort it will take you.

A great way to overcome planning fallacy is to think in terms of what we are ready to give up in order to get what we want.

When you change your perspective from getting to giving up and making sacrificed, you can immediately tell the difference between an objective that you really want and something that you wouldn't mind having.

The higher your level of commitment is, the longer you will stick with your goals, the more you will be ready to invest in it. And investing doesn't necessarily mean "money". It may be about investing your time, forgoing some of your leisure activities, skipping a vacation, waking up an hour earlier or feeling sore after a workout.

Apply the 4 Golden Rules and take your goals from somewhat-realistic to realistically-infallible. Then pass this knowledge on and help your friends achieve their goals as well!

Arina Nikitina is a Success Strategist, who blogs at www.arinanikitina.com to help you boost your productivity and reach your goals in record time! If you want to develop a finisher's habit, make sure to watch free video training on "How To Effectively Finish What You Start"! Twitter
Facebook