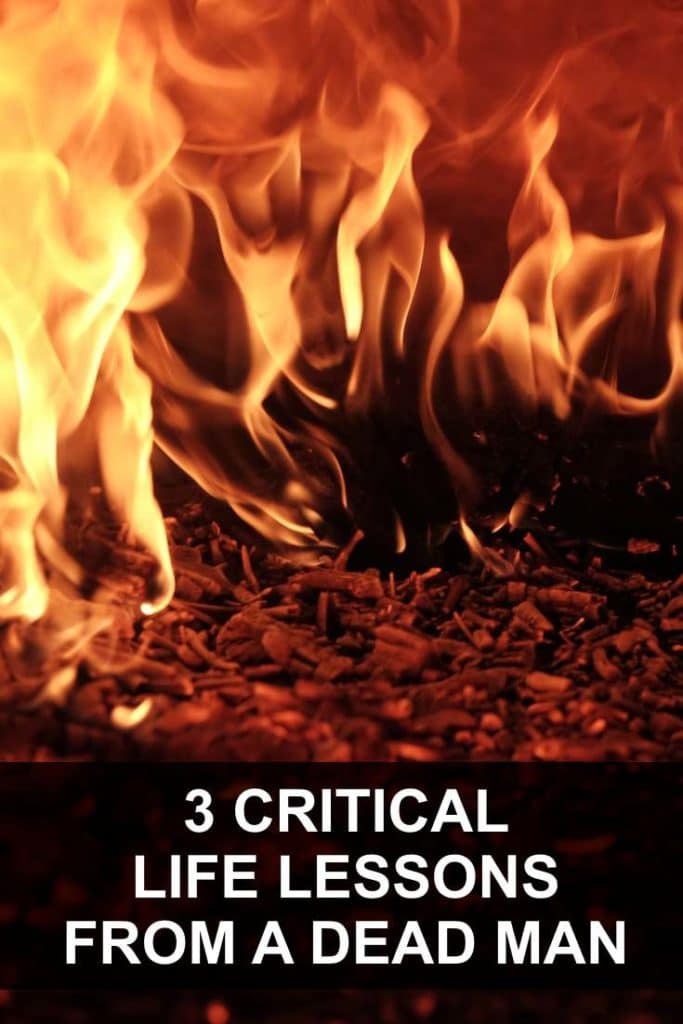 One early December morning, it was apparent my death was imminent. I would soon be buried under flaming piles of timbers. My only reasonable hope (had one existed) would've been a quick death from the impact of the fall or a merciful crushing by the incoming debris "“ either would beat being burned alive.

Have you heard stories about time slowing down for people who undergo a near-death experience? I can't explain the physics behind why that is, but I can tell you what happened to me.

The Family is Still Inside "“ Please Hurry!

I lived at a city fire department during my first two years of college. I was a live-in volunteer. In exchange for a bed, a kitchen, a shower, and a small monthly stipend, I was trained in the basics of firefighting and obligated to respond to emergency calls with the on-duty crew.

I enjoyed the work. It was exciting, challenging, and hardly ever predictable. One call might be to an auto accident where we'd use the "jaws of life" to extract a trapped victim from an ugly situation. The next could be a trash can on fire in an alley. Another, a school on fire.

On this particular night, the caller said a huge old hotel-turned-residence was in flames. The family was still inside. Please hurry. 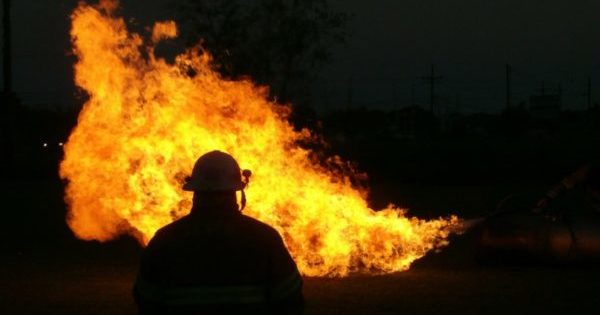 The Book I Could Not Read

A pretty, brown-eyed girl my age worked at the coffee shop near the fire station. I often found reason to go there and sit for hours at the counter. She would smile and talk to me about her faith. I didn't grow up in a religious home. I didn't have a clue about much of what she said, but I liked the girl, so I listened.

She even gave me a Bible. I tried to read it, so that I could seem a little smarter when we talked, but it was equally puzzling. That book was like trying to read a foreign language. Impossible.

At that time, my experience with spirituality and prayer was limited to something my father said during a hurricane. We were hunkered down in a back bedroom, listening to trees fall and windows crash, when he said, "I guess all we can do now is pray." We didn't pray, but his words were so out of character for my dad that they were memorable.

The Voice That Woke Me Up

Anyway, there I was, roaring down the road in the middle of the night, hanging on to the rear handrail on a fire engine, and staring at a midnight sky that was lit up like an Independence Day celebration.

That's when the voice said, "What are you going to do about me, Don?"

Despite all of that, I instantly knew "“ somehow knew "“ the voice I heard was coming from the author of the book. That much seemed evident, though it was incredibly bizarre.

"What do you mean?" I snapped back, as if talking to strange voices in the night was an everyday occurrence. "I'm on my way to a fire. Let's talk later!"

"What if you don't make it back from this one, Don?" the voice prompted.

It was as if someone tossed a bucket of cold water in my face. I shook my head, opened my eyes, and we were at the scene of the fire.

The Building Took a Breath

The state policeman on the scene affirmed the neighbor's concern that the family was still inside. We raised a ladder to the balcony, reasoning that's where the bedrooms would be. Flames were licking up the sides of the old building and wrapping up over the roof.

The duty officer took one side of the hallway. I took the other. We began opening doors and searching rooms. We had good vision. Very little smoke inside. But something was odd.

I worked my way down the hall, from one room to the next, but each looked the same: there were beds, dressers, and chairs "¦ but no bedding, no clothing, and no people.

Something else was odd.

My scalp tingled. I instinctively looked up, and the building took a breath. I shook my head. "Am I seeing things now?" I headed to the next door. The duty officer rushed by me, beat his hand heavily on my shoulder, and waved towards the ladder. He was running.

I thought, "But the family might be inside this room. Why is he leaving?"

I felt the sensation again. The building took another breath. But this time it didn't stop breathing. It exploded. The walls flew away from me, and the ceiling shot off into the air above me. I started running for the ladder, but it too was flying off into space.

There was nothing left for me to do but jump like a kryptonite-laden Superman off into the night and face the facts.

Here's what I remember: no fear, no horror, no screaming "¦ just a calm acceptance that the voice was right. I wasn't going to make it back from that one. If the fall didn't kill me, the beams that would soon rain down on me would. My life was over. The fall seemed more like a goodbye wave than a plunge to sudden death.

When I came to, I was lying amidst piles of burning rubble. Everything around me was a tumbled mass of flames, but an unseen hand had scooped out a little nest for me. The crew on the ground quickly poured water on the remnants of the building. The EMT on scene couldn't believe I was uninjured. Nor could I.

That happened more than 40 years ago. I've rarely told anyone about that night, but I've pondered it often. How could I possibly have survived such a thing? For me, it was tangible, undeniable proof of the presence of God. It was a miracle. No other way to explain it.

When we returned to the station, I looked at myself in the mirror. My eyes were different. They were shining. I fell to my knees by my bunk and prayed to a Rescuer I did not know.

I'm not trying to prove God here. Like the bard said, "You don't defend a tiger. You let it out of the cage, and it will defend itself." And I'm not trying to enlist recruits. I'm pretty sure God can handle that too.

My reason for writing is that I don't think it's right not to share the story with as many people as I can. My hope is that you will gain some measure of assurance, of faith, of hope … of whatever you may need from it.

Here are my own three primary takeaways:

1. God is perfectly capable of getting your attention anytime He wants it. You think you can run and hide? Good luck with that. He'll meet you wherever you are and when He's ready — even if that's on the back of a fire engine in the middle of the night.

2. When God talks to you, it's a really good idea to listen. You may think there's something else more important going on in your life. But there's not. Nothing is more important than paying attention to the voice of God "“ wherever and whenever He chooses to speak.

3. Hopeless situations aren't hopeless at all. If God chooses to save you from disaster, you will be saved. The odds may be a million to one against you, but that doesn't matter to God. He is able to keep you from falling, and He is able to let you fall, but catch you on the way and prepare a place for you to land.

Writer, Dreamer, Believer. Don Sturgill is founder of the Roadturn Blog. He's the author of How to LIVE (a field manual) and The Road Home, both available on Amazon. Hook up with Don on Twitter @DonSturgill.