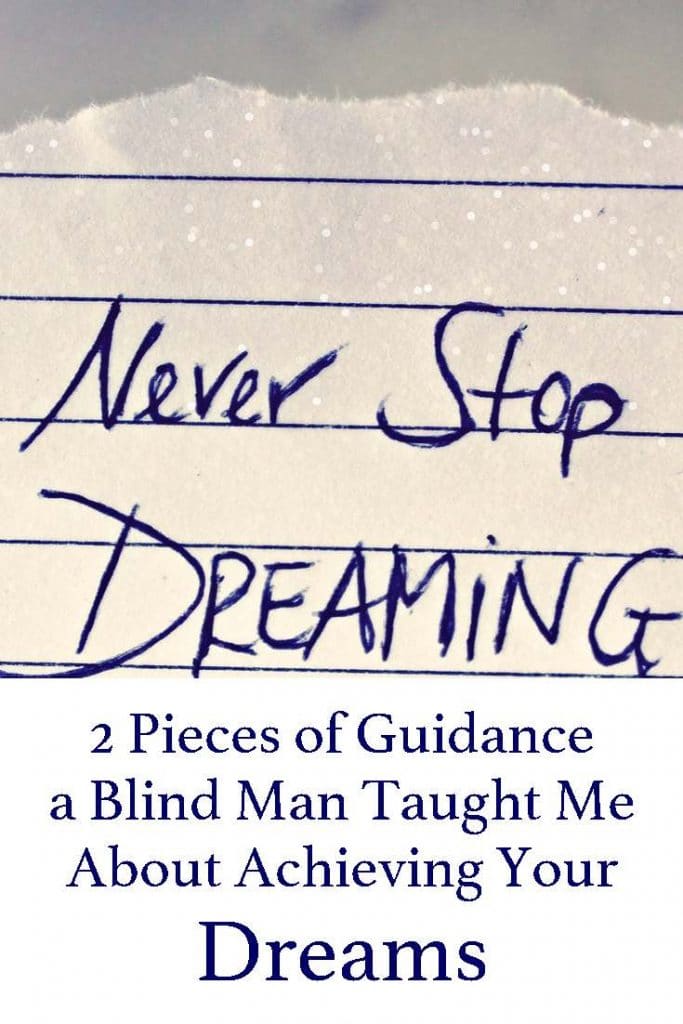 The purpose of this post is to inspire and share both the guidance and 4 steps you can take to creating your own goal.

You can achieve whatever you put your mind to! This isn't a flippant comment, but it's from evidence I've gained during a 2-year period of interviewing people who have overcome adversities such as, cancer, amputation, transplants, serious car accidents and alcohol addiction. Not only have the people I've interviewed overcome their challenges, they have gone on to achieve extraordinary things.

One of my journeys took me to Sheffield, UK to interview a man named Tim Reddish OBE.

When I sat down to meet him, he was candid, open and honest about some of the tests he'd faced in his life. 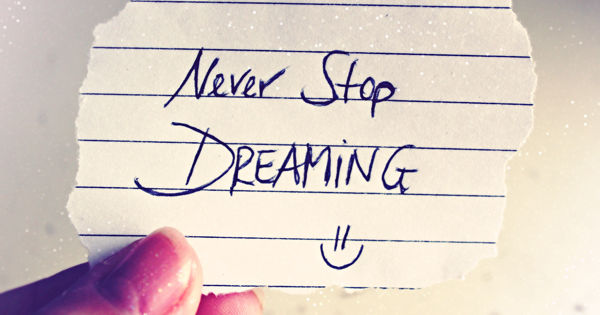 The story of Tim Reddish OBE

Born in Nottingham, UK, Tim was brought up on a tough council estate during a period when inflation and unemployment rates soared in post war Britain in the 50s and 60s.

He witnessed the effects alcohol could have on his mother and lived in what would be described as a dysfunctional family, however the streets of Nottingham introduced Tim to sport and he played everything he could.

In times of hardship he found his first job at the age of 12, as a butcher's boy, delivering meat from the local shop to customer's homes.

At 16, after leaving school and becoming a full-time butcher, the dream of sport had been lost and after meeting his wife at the age of 17, they were married at 21.

Life really changed a couple of years later when an old friend walked into the butcher's shop and told Tim of an opportunity "˜coaching young people' swimming at a local sports centre.

It was a swift and sudden change in career, but swimming is what Tim enjoyed as well as the idea of coaching. It was a deep rooted passion that had been masked through his life thus far.

For many years he and his wife Val, presumed that he was clumsy. He was always falling over the kids toys and bumping into things, and one day Val sat Tim down and told him, he may well be losing his sight. A chance meeting she had with Tim's cousin revealed a genetic condition could devastate the family.

Tim went on to tell me:

"˜A visit to a specialist on my 31st birthday confirmed our worst fears. The condition was diagnosed as degenerative and initially doctors were unsure of the timescales, or if I would completely lose my sight. The uncertainty of it all was dreadful. I thought constantly about what would happen to my job and family if I went blind. How was I going to tell my employers that I was losing my sight? I was fraught with worry. How I would pay the bills? The job brought the security of a pension and a steady salary, essential for feeding our two young sons.'

It took Tim 7 years to go blind. He would never see his sons' play sport. He would never be able to take his childhood sweetheart and wife to the cinema or to play pool, something they loved.

But Tim had a decision to make, did he let this affect him or did he take on the responsibility for his own future?

Well, a couple of years on Tim heard about a job. It was a 12 month contract, no pension a lower salary than he was presently on. He was risking a lot, but Val told him to follow his heart and he applied for a job working for British swimming in a junior role. The role didn't last for 12 months it lasted 12 years. He became the head of British Swimming.

–           In 2008 he was elected Chair of the British Paralympic Association, his primary role to help fundraise £16m every four years to take all the athletes to the games.

I asked Tim what he does in his spare time,
"˜I go skiing in the Alps,' he answered.

My mouth gaping open in awe, he followed on by saying:

"˜People tried to stop me from skiing saying it's too dangerous or we don't have a risk assessment for this, but there was no chance, I was going skiing.'

I sat thinking, "˜wow, you can really achieve anything.'

Here's a man who is blind, had two young children, married, and he became a swimmer.

"˜How did you do it and what advice can you give to others?' I asked

He stated:
"˜1, Be responsible "“ you are 100% responsible for your own success or failure.

Just a year on Tim agreed to come and speak to some students in Liverpool, UK to deliver a motivational talk to nearly 200 girls.

It got me thinking about goal setting, as that's what I do, teach people, especially young people, but here was a great example for people to follow.

We all face obstacles in life, some more extreme than others, but what is important, is how that we take responsibility to overcome them.

What I learned is the importance of clarity when setting off along a path of your choosing.

When I got home on 30th July 2013 after meeting Tim I began to cement my own vision of the book I was writing.

4 steps to creating a powerful GOAL

Write out the vision as if you have already achieved it. Start the sentence in the present tense"¦. I am

Describe it in as much detail using the 5 senses
How to you want feel? What things do you want to see in your picture? What sounds, the sounds of the ocean or the sounds or people applauding your work?

Include a date and time when you wish to achieve the goal.

Score how excited you are by the vision on a scale of 1-10
The passion index means on a scale of 1-10 how excited are you about the vision you have selected: A score of 1 means you and bored, depressed and you hate what you are doing compared to a score of 10, which means you are in complete bliss and love what you are doing. Circle the number below which best suits your vision of where you want to be:

My own example of a complete goal is below:

I am number 1 in the field of inspiration on amazon. I am travelling meeting and interviewing people to understand how they have overcome adversity and I feel exhilarated holding my book knowing the hard work, energy and passion to inspire other has paid off.

I am doing this to inspire people

I am doing this be become inspired myself

I am doing this to help support the school in Kenya

Create your own vision because if I can do it you, you can too.

In June 2015 I achieved by vision, a little late, but it didn't matter to me, what mattered was fulfillment. I sincerely hope you achieve yours.