I turn 30 this year. Yep. My twenties are about to be done.

There're a ton of articles out there on life lessons while growing up past your twenties. They're all cool and pretty fun to read, but I want to give it a little twist by talking about people and what I've learnt from them throughout my life. 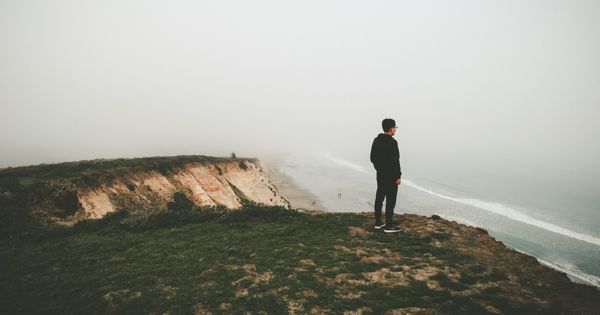 In between dealing with several breakups, being cheated on, falling out with friends and watching my own dad die when I was 20, it's safe to say that I accumulated a ton of valuable lessons.

When somebody was really nice to me on first meeting, it usually meant they wanted to sell me something or get something out of me.

They use a lot of flowery language as they say stuff like, "I don't normally do this for others, but for you I will.

Be extremely wary and guard yourself. It's easy to fall prey to these guys who are constantly on salesperson mode.

2) People are not what they seem, so don't be too quick to judge

My first girlfriend, who I met in church was initially a really sweet and innocent person who wanted the best for me. Or so I thought.

I found out after the breakup from her best friend that she was cheating on me all along, which explained her erratic behaviour.

People are not what they seem despite their "credentials." Unless you really know somebody over a long period of time, don't give them the benefit of the doubt that often.

I know, I know. Everybody today says that judging people is wrong, but I disagree.

We're all human and it's natural to make snap judgements.

I say, judge people well and use it for your benefit then. Personally, I won't bother hanging out with people who are rude to the waiter and treat service staff like crap.

Toxic people are meant to be dumped. Stop wasting time on them.

I've fallen out with a handful of friends over the course of my adult life. I just didn't see the point in the friendship anymore.
Some of these friends changed for the worst and did not resonate with my values and principles. Of course, I also acknowledge that I change myself.

Thus, don't hang on to a dying friendship. Let it go and be free.

5) You can never change your parents

Whether they're always nagging, overly protective or not putting in enough time for you, it's hard to change your parents.
You're after all, still their kid. Try to go with the flow and see how you can improve relationships.

6) Some people are never on time

And it's all the more mind boggling when they're grown adults.

They're never punctual and whatever you say or do can't change that. I honestly think it's pretty immature, but I simply don't make plans with such people anymore.

I know of a bunch of friends who enjoy taking their jokes too far by teasing about each others' parents. Clearly, we have a different view on what's cool and what's not, but to be upset over them wouldn't change anything.

That is why you shouldn't waste your time enforcing your values on others. You just have to be patient with them or simply avoid them altogether.

8) The loudest person is usually the most insecure

I was once close to a guy who invested in expensive watches, talked frequently about sports cars, read up on soccer during World Cup even though he's not a fan and boasted about how many girls he has slept with.

In truth, he was always cheating on his girlfriend, drove his mom's car and worked part-time jobs to buy expensive brands. When we questioned him on his lifestyle, he was quick to change topics.

When somebody is always showing off, it usually means they're insecure. That is why they need the external goods. They dare not look in the mirror.

I've come to embrace my introvert side as I grew up. I enjoy being alone and even staying in on weekends. I also personally decline most wedding invitations I get.

This may seem normal to me, but most others don't get it, calling me "weird" or different.

But that's their problem, not yours. Embrace your introvert side and continue growing your own way.

10) You may be close to somebody you dislike one day

It's funny how life works. There were a couple of people I never really liked. After a few years down the road, we became friends. All was good.

So here's the thing: Don't be too upset when somebody gets in the way. And don't hold on to a grudge too tightly. You never know what the future brings, but it's safe to say that, after everybody grows up, it'll all be good.

We all clash and get upset with each other from time to time. It's easy to start fighting over who is right or wrong.

But if you want to be happy yourself, you have to let it go and not force people to see things your way.

Others are doing the best they can, just like you.

12) Some people's lives are only on social media

In other words, they validate their lives based on the number of likes or comments they get on Facebook, Instagram or whatever.

These are the same people who are always on the phone when you're out with them.

13) People are attracted to status, social proof and money

If you want to make a lot friends, work a cool job at a cool place and then show that you're rich.

It sounds cynical, but that's just how life works. I think it's good to make use of this idea to simply bridge the gap in making many connections, then filtering them according to your values to create genuine friendships.

I should know. I used to work in a club.

14) Almost everybody is guilty of gossiping

As much as I believe that only average people talk about other people and completely omit looking in and reflecting, I think all of us are guilty of gossiping.

We're curious creatures, and we want to know what's going with others.

I think the line needs to be drawn, especially when you're using other people as an excuse to elevate yourself when you really are too afraid to work on your problems.

That is why people literally come and go.

I experienced this hard when my dad died of ALS when I was only 20.

After that, call it a bizarre coincidence, quite a number of my friends lost their parents too.

Death is indeed very real. Treasure your loved one. Try to be happy.

Alden Tan writes about honest and real stories at his blog. His stories sifts through the drama and fluff to give you the real goods. Check out his free book: 12 Things Happy People Don't Give a F**k About!