Have you ever been choking down a good friend's new fish recipe and they ask you how it is?

What do you say?   "It's great," as you secretly cover it with your mashed potatoes.

You have to be polite, right?   You can't give an honest opinion and risk the discomfort.   You want to avoid conflict.   You've learned that it's the appropriate response. 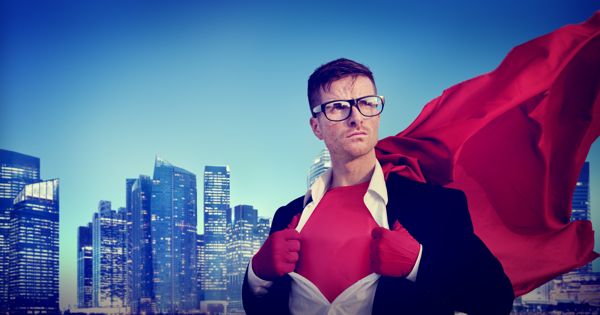 I was watching TV the other night and they ran a piece about Jimmy Carter.  Now, you'd be hard-pressed to find a bigger Jimmy Carter fan than me.  I don't mean his politics – just in terms of having a terrific outlook and serving others.

The host referred to him as a hero.  Maybe cancer patients appreciate that, but I'd have to admit, it rubbed me the wrong way.

I have multiple sclerosis and, while it isn't a death sentence, it's debilitating and not much fun.  I do a lot of things to put myself "out there" and teach others, despite my diminishing, sometimes painful and often humiliating condition.

I try to keep a positive attitude, even when I'm in pain or lose my ability to walk or talk.

Proud as people might tell me they are, I dispute any claims they may have that I'm acting "heroic."

To me, being heroic means that you volunteered to be in your position.

People in the military signed up to be in the line of fire.   Firefighters took their jobs with the understanding that it meant risking their lives for others'.

It implies you had a choice in the matter.

While I do a lot to make the best of my situation and encourage others to do the same, it's not like I had a choice.

I bet you'd do the same thing if you were in my position.  I think I'd act the same way if I were in President Carter's place.

Maybe you wouldn't make yourself into a public figure, but you'd work through it.

I first learned this lesson from a friend of mine.  This was long before I was diagnosed with MS and I was pretty naive.

You see, he has a disabled daughter.  A daughter that I love dearly and who, like anybody else that isn't "normal," doesn't dwell on what makes her different.

Now this friend is incredibly supportive and always seems to know what to do.   One day, I pointed that out and told him that I really admired how he was able to handle things and that I wouldn't be able to.

He, very bluntly, told me that I would if I had to.

That made me think more about what we say without really thinking.  It made me question the things we do because "society says we should" and why it tells us that.

Could it be that it's because people thought that way in 1950?   Is it because it was better to look good than to feel good?

In other words, avoid discomfort at all costs?

Of course, I had no idea that people would one day say that about me and I'd get just as frustrated as he was.

That's not to say he was mad, and I'm not either.  It's just to say that we need to think about what we really mean before we say it.

We're obsessed with "Heroes."   It's the title of a TV show, its big business at the box office, it makes a lot of money for the toy industry and at Halloween, and CNN even gives away an annual award for one.

I'm not looking to take credit from anybody that genuinely does something that could be considered heroic.   I just want to make sure that we draw a distinction between someone that does something heroic and someone that makes the best of their situation.

Jimmy Carter is not a hero.  He's just a good man with an awful disease and he's making the best of it.   He's not wallowing in self-pity, and in many people's eyes, that makes him a hero.

Isn't having cancer bad enough without lowering everyone's expectations of you?

I've lost some choices in my life.   One that I didn't lose is the choice of looking forward or backward.

I choose to look forward.

Jim Turk, of beatmydisease.com, has been featured in several publications, on the radio, and on TV. He was diagnosed with MS in 2008 and has used his research background and positive attitude to help people make lemonade from lemons. You can learn more about Jim's methods and get his free CONTROL video series here.