"Silence is a source of Great Strength."
"• Lao Tzu

If you want to be truly successful then you're going to have to shut up! Seriously. Stop talking, turn off the smartphone, turn off the TV and sit in silence. And here's the coup de grais"¦ do nothing. Regularly.

Am I talking about meditation? Not exactly"¦ stick with me on this. It's something both easier and much harder"¦ yet extremely rewarding"¦

You want to be wealthy, right? 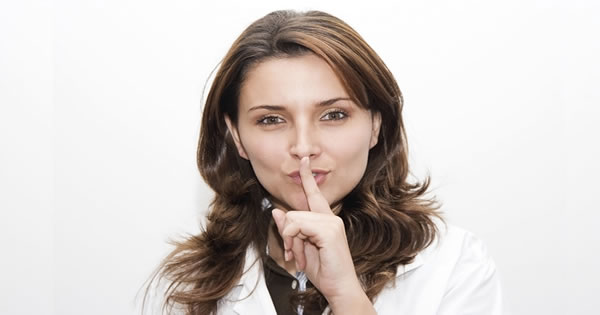 Yes, I mean financially wealthy but also wealthy in every area of your life. You want your life to produce profit that leads to contentment, excitement and happiness?

In that case you need ideas. Yes, wealth (of all sorts) comes from good ideas – in the first instance.

Top innovator and business guru Ron Holland says that running a successful business requires not just the ONE good idea but dozens if not hundreds of them.

He has written 20 books, Turbo Success, the internationally famous Talk and Grow Rich and the Eureka Engima to mention a few, which make use of his classic formula for riches:

He says he discovered this by accident when he was trying to set up a chain of motorcycle shops but could not afford the stock to fill them.

Whilst mooching around "“ doing nothing – he received the idea of bringing in all the motorcycles other people could not sell and taking a commission from the sale of each one. This made him very successful.

He so swears by the practice of sitting in silence waiting for ideas from his subconscious that he does it every day for between 5 minutes and four hours. He visualizes the result he wants with strong emotion"¦ and then lets his mind generate the solutions for getting it. As a successful businessman he sits around"¦ until ideas come.

He's not the only one. I read about a company that pays one of its top executives to do nothing but think up new ideas. Yes, this process can be forced "“ just read A Whack on the Side of the Head or Serious Creativity. But why not let your mind do the work?

"Every human being is potentially wealthy and prosperous. The poor person is one who does not have ideas because ideas are the seeds that guarantee a future harvest. A mango seed is ultimately a mango forest."

It's more than likely that you have accidentally experienced this yourself – have you ever been mulling over (or fretting over) a thorny issue in your life and couldn't solve it?

You threw up your hands (or aimed a kick at the dog) and went to do something else.

You got out of your own way and (without realizing it) let your super-sized unconscious do the processing. When your brain is relaxing or doing something repetitive it's enjoying some downtime and can start processing the data it's been given earlier.

For me it's walking but it could also be washing up, kicking a ball around, or mowing the lawn. It is a clichÃ© that people get their best ideas in the shower but it's true!

And this is what you need to do.

1)     Visualize it solved, examine it from every angle you know how. Build up as much emotion to experience it with as you can.

I try and get at least ten minutes downtime every day. I pop on my industrial headphones (the type used by those guys with mechanical diggers!) and clear my mind. The effect is cumulative and at first, you may only manage a few seconds (Andy Shaw says 15 seconds is the goal) but keep on clearing your mind (don't cheat, start again if you see or hear something) and you'll be able to do it longer and longer.

After just ten minutes I am refreshed and sometimes have received an amazing idea. The trick is not to force it. We have approximately 86 billion brain cells. Let them do the work!

During this time I have already received new ideas for mobile phone accessories, ecological energy generation in shopping malls (!) and I'm working on a women's jewelry project after receiving some designs that seem unique.

I've also received insights and advertising copy for a gold and silver coin trading business I'm involved in. All this seems reward enough for shutting up!

Do you fear the silence?

"Silence is only frightening to people who are compulsively verbalizing."
"• William S. Burroughs

We are a society addicted to motion"¦

Many people of the tech generation cannot bear to be without some sort of noise, some sort of distraction. I was on the platform waiting to catch a train the other day and glanced down it to see everyone had a smart phone in front of their face.

My teenage son at one point started to physically shake if his phone vibrated while he was talking to me. If he could not look away he got anxious.

But all this stimulation comes with a cost. It leaves us"¦ quite frankly"¦ overstimulated and unable to relax.

I myself have experienced the other side of NOT getting downtime. I get nervous exhaustion, shout at my loved ones, and get depressed and fatalistic.

So visualize passionately "“ and then do nothing.

We've had personal development gurus drumming it into our heads that we must take action, action, action. But frantic action without a plan is just thrashing around.

Before all the beer-drinking couch dwellers start cheering about the above I should mention that you do NEED to take physical action, write, make calls, study etc.

I realize that not everyone can see the pictures in their mind's eye.

Win Wenger, pioneer and innovator of some truly amazing creativity techniques  said that the subconscious mind is ALWAYS showing you answers to questions you are posing "“ you just are not aware or used to seeing them.

For those of you who "˜don't see pictures' I recommend you learn Image Streaming, a descriptive technique for generating ideas and becoming more aware of your answers.

You can find a free e-book on it here. I have personally taught this technique and had someone who just felt their answers "˜break-through' to seeing images within a few minutes.

The advantages of clearing the communication channels means you can tap into your intuition more easily and the more trust you build with your unconscious, the faster you can get answers.

The other night I was looking for ideas for an e-book cover. I looked at several covers by famous personal development authors, spent a few minutes thinking about them and went to bed.

The next day, I was out walking and BAM "“ cover ideas popped into my head, titles flashed up and I recorded them on my smartphone. Later that day I mocked up some covers, sent them to the author and he really liked them. I KNEW my mind would give me the answers I needed.

"In Silence there is eloquence. Stop weaving and see how the pattern improves."
"• Rumi

Using silence properly leads to mental control"¦ which leads to"¦ everything?

If you read books about Quantum Physics many of them state quite bluntly that you actually create the reality you see around you. Personally, I think this is not true* but I certainly agree that if we play-assume that we are responsible for creating our personal experience of reality then we'll play more careful attention to how we think and act.

In The Complete Guide to Genius it says that "˜control of the mind leads to control of everything"¦ if you want to create a certain physical outcome, the way to do this is using your MIND and CONTROLLING the mind.'

Whether or not that is true, the purposeful silencing of the mind does lead to increased mental control. Andy Shaw, creator of the Bug Free Mind series calls it No-Mind and the Genius guide says:

"When you control the mind you enter the Silence. This is the state of nothingness and is a form of consciousness within you. All the great geniuses of all time were able to keep their mind SILENT at all times. When you enter the silence, you are in the superposition state to manifest any outcome you want. When not in the silence, you are stuck in the physical plane of reality and are just a human cog in a great physical machine. Controlling the mind to enter SILENCE is about NOT HAVING ANY THOUGHTS. It is the CONTROLLED ABSENCE of thinking which allows you to enter the Silence and nothing else. If you thought you could "think" your way to genius, you are wrong. You must stop your thinking consciously and enter the silent state of mind for success to happen."

So, there it is. In fact, silence literally is golden in that during silence you can get ideas worth solid gold! So visualize your goals, get excited about them "“ and then SHUT UP!

*there certainly is evidence that our minds affect physical reality "“ try this experiment yourself and be amazed http://www.neilslade.com/cloud.html although the idea that a fully formed Mercedes or dream woman will appear out of nothing because you willed it "“ this I do not believe!