I, the prosecution, charge the concept "˜failure' with the most heinous of crimes.

This pseudo-word has spread its diseased mimetic message across societies world-wide, and smothers the potential of millions of human beings every day. It corrupts, stifles and fills the most ambitious people with terror. Your honours, reading this brief "“ it needs to die. 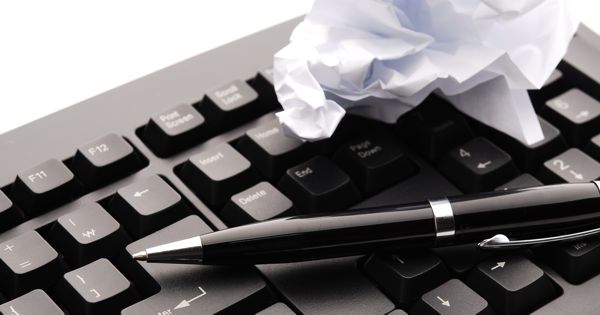 Brothers in success, it's time to step-up and stop stroking the idea of "˜failure'. It needs to die, or to be reborn. For most people, it's just toxic "“ a show stopper which kills "˜idea-babies' before they are born.

Let's cut to the chase. We need to stop plastering the idea of failure with mental-band aids "“ we need to redefine it from the inside out until it works for us, or is unmasked and killed off as the illusory terror it "˜claims' to be.

My epiphany about this came one day, after years of suffering mild (occasionally major) depression, when I suddenly realised: "It's just not worth getting depressed."

Why is this such an important realisation? Because I realised I didn't HAVE to get depressed (because I was in control of my thoughts, not the other way around) and what's more, from a higher mental perspective, I realised that getting down, low, unmotivated didn't serve me. In fact, it just wasted time, money and life.

So I decided to do my best to eliminate thinking that tripped me up. I decided I was sick to death of hiding from the concepts in my own head. It's my mind, and I choose what stays in it.

And one thing that wasn't going to stay in my head for a second longer than necessary was my concept of failure which left me terrified inside to act, and feeling like I wasn't a real man because I was too scared to act.

So I put it on trial, decided it was guilty, – and sentenced it to death.

I argue that it's time FOR YOU to get hard-line with your mind and challenge you to rise up, and make a decision to only keep beliefs and ideas that serve you. Call time on toxic thoughts? Can it be done? Absolutely. You just need to know how.

L.Michael Hall, creator of Meta-States said to me that for him: "the concept failure just doesn't process any more. It's a non-word."

Like the Monty Python dead parrot, it is an ex-word, it has shuffled its mortal coil.

"You can't kill a concept" you say to me. I darn well can. It's my mind, remember. What would I think about instead of failure? What if I just never had to think about that! Think of all the success focused wonderful ideas I would spend my time on instead!

Look, we have all these wonderful ways of creeping around the idea of "˜failure' because we're so sensitive about it. Things like "Let's "˜fail forward': "'there's no failure only feedback."

There's even a book called: "˜Not getting what you want is exactly what you need'. (i.e. failing is a wonderful thing!) All great. But we still fear "˜failing'.

I believe the reason we fear it so much is because we have a misunderstanding of WHAT fails.

Our behaviour is what we do "“ what gets us the results. And it is our behaviour, our strategies for getting results – that fail.

If our thinking (which is behaviour in our minds"¦think about it) and our physical performance does not get us the results we want – then we change it. No blame, no foul.

Not for most people.

The issue is that sitting in our minds behind these platitudes, we secretly hold "˜failure' as something to be feared because it's not just about behaviour.

Failure is not about "˜You'

The biggest reason we fear "˜failure' is when we link the success of our performance with our sense of worth. Then not getting the results we want "“ failing "“ becomes the failure of YOU. And who would want to sentence their "˜self' to death? Hmmm?

How illogical is that? If I fail to play like BB King the first time I pick up a guitar how does that make "˜me' a failure? Yes, my performance may be worth less to myself or others but my value"¦untouched.

Yet in many of our minds, doing something new means risking our very value as human beings. We have got to get rid of that equation.

When you fear "˜failure' you are actually fearing a belief in your own head. Ouch! It's like punching yourself in the face without realising it.

It's YOUR MIND so YOU CAN take control of your thoughts. Are you man or woman enough to do so? Do you want to direct and control the meanings of your thoughts? Stop the "˜yes but' – the only acceptable answers here are "˜YES' or "˜NO'. You either have enough reason to change your concept of failure, or you don't. You are willing or you are not. I don't want to hear any whining.

We know it is possible to think about "˜failing' in a healthy way because we have great examples in people like Thomas Edison who said "I have not failed 10,000 times; I have simply found 10,000 ways not to invent the lightbulb."

He also said "Do not be too squeamish"¦ most of life is just an experiment anyway."

You've got to start telling yourself the truth. And the truth is you NEED to take back control of the meaning of your thoughts "“ which are rightfully yours.

You are strong enough to deal with the world outside your head and it may be uncomfortable, but reality (in all its ugliness at times) is the place you will succeed. Reality is your friend.

As John Lennon said "reality sucks but it's the only place you can get a good steak."

If we don't think we can cope with reality, we hide from it. As my friend said: "The soul that cannot face reality must save itself from it." We start to hide inside our thoughts, repress our feelings and create all kinds of avoidance behaviours.

But we need to ground our responses in the tangible world of everyday behaviour rather than hiding away in the recesses of your mind from "˜failure'.

So how can you get "˜back to reality'.

Well, dealing with your inner construction of "˜reality' is the first step.

How to oust and decommission failure beliefs

So, what does "˜failure mean to you?' Write a list. What do the items on that list mean to you? Ask the question 15 times until you can't ask it any more. Then   you'll have the construct of ideas that make up your mental matrix about "˜failure'.

Take a break, then look at it again with your white-coat scientist frame of mind?

If the answer is not, then ask:

By now your concept should be quivering in the dock. To get rid of it, after the analysis, tell it: "I sentence you to death. Die. Die. Die. Die." Scream and shout at it. Tell it what it's cost you. This really does work and is actually part of a genuine change pattern.

The point is, raising your awareness of your "˜failure' concept's construction can be enough to change it.

If you need help with the rest, contact me about a free introductory coaching session at www.livingwords.net/freeintro.html

What would it be like if you woke up tomorrow morning with all your resources focused on successfully achieving your outcomes?

To your highest and best

*This question is from the NLP/NS Users Toolkit, a book of original patterns by myself which you can find at www.personal-powerpack.com