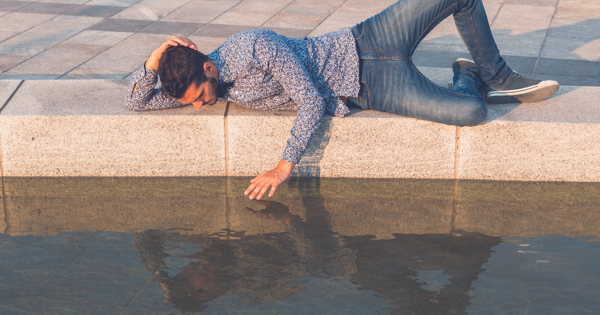 Narcissism is on the rise "“ especially among young people. This worrying trend makes it all the more important to educate yourself about the narcissist and how they operate so that you may protect yourself from their influence.

With this in mind, we're going to explore some of the many ways in which a narcissist will seek to corrupt your mind, suck the confidence out of you, and bulldoze their way through the image you have of yourself.

Let's dive straight in and explore the 8 most damaging ways that a narcissist will act towards others.

1. The Belittling Phrases They Aim At You

Narcissists are very careful about the words they choose and they try to use phrases that aid their goals and indulge their ego. Often, when their words are aimed at other people, they are designed to confuse and upset their targets.

They will say things such as "you're too sensitive" or "you've misunderstood me" to make you think that your reaction to them is unjustified and that you must be projecting your own, personal issues.

Or they might play the classic "I hate drama" card when tensions are rising to suggest that you, and not they, are the source of the conflict when, in fact, they are to blame.

Narcissists will probably have a handful of these destructive phrases that they like to use regularly, so watch out for this trait as a clear sign that you're dealing with one.

2. The Snipes They Direct At You

Continuing on the theme of what a narcissist might say, you should be wary of someone who often seeks to put other people down "“ both to their face and behind their back.

Such sly comments are subtle, but they are filled with negativity. While they may not seem like much in isolation, when they occur regularly, they can be incredibly damaging to the person they are directed at.

3. It's Always The Other Person's Fault

A narcissist never believes that they have done wrong; if anyone is to blame in their eyes, it is always someone else.

To admit guilt would be like a dagger to the heart of a narcissist's ego, so they will seek to shift the responsibility onto those around them. Sometimes they will go to extraordinary lengths to link another person to problems of their own making; nothing is off the table as far as they are concerned.

But to the person they are blaming, it is often an utterly confusing and stressful accusation that casts doubt in their minds and makes them feel unsure about their actions.

4. They Seek To Instigate Confrontation

Linked directly to the previous point about blame, a narcissist thrives in the field of battle and will actively create conflict between themselves and others (and also between 2 other people entirely) as a way to create a false sense of superiority and importance.

Narcissists actually enjoy drama; they feed off it and use it as a tool to achieve their aims. They are the ones who constantly stir, who will have no qualms about spreading rumours or secrets about others, and who will fuel the fires through whatever means they can.

But for most other people, constant arguments are harmful to their self-esteem, and non-stop drama is a drain on their energy reserves.

5. They Bend The Truth And Insist You Are Wrong

As we have just discussed, a narcissist is always on the lookout for opportunities to stir up confrontation and they are not afraid to use lies to get their way.

They will take the truth, distort it, and insist that you are wrong when you try to tell it like it is/was. They will make you doubt yourself, your memory, and your beliefs by projecting a false sense of reality onto you.

And if you claim to have proof, they will deny its existence or accuse you of fabricating it to make them appear stupid.

6. They Will Seek To Get Others On Their Side

Before or during an argument, which they themselves have probably initiated, they will endeavour to gain as much support from other people as they can. They will lie and manipulate others into believing their side of the story and then use these people as weapons to harm and defeat their opponents.

7. They Seek Out Individual Triggers

A narcissist is a master at identifying the insecurities and emotional triggers in others. They quickly pick up on these during the early stages of a friendship or relationship and then bring them out to use against an individual when it serves their purpose.

Such behaviour is soul destroying for the other person who will experience a great deal of anguish every time their vulnerability is exposed by the narcissist.

8. They Have Jekyll & Hyde Personalities

A narcissist can be utterly charming and polite when they want to be; indeed, this is often how they lure their victims into friendship and more. They will only act in such a manner, however, when it is required, and the act is quickly dropped when someone has been hooked and reeled in.

They can turn this charisma on and off at will, so when you've reached your wits end and threaten to break off all ties with them, the smooth character you initially met comes back.

This switch back and forth between personalities is extremely confusing for the other person and it can blind them to the truth that lay underneath. Not knowing whether you will experience Dr Jekyll or Mr Hyde when engaging with a narcissist makes it difficult to be your real self. This subduing of character can deprive you of your freedom and enjoyment.

So there we have it, 8 of the most common ways in which a narcissistic individual destroys the confidence, self-belief and self-image of other people. Be vigilant for these signs when meeting new people and if you get a whiff of narcissism, run in the opposite direction.

Steve Waller is the founder of A Conscious Rethink "“ a fresh and modern take on the world of the mind, body and spirit. His goal is to assist people in their journeys of self-discovery by providing thought-provoking and actionable articles along with inspirational quotes and videos on his Facebook page.