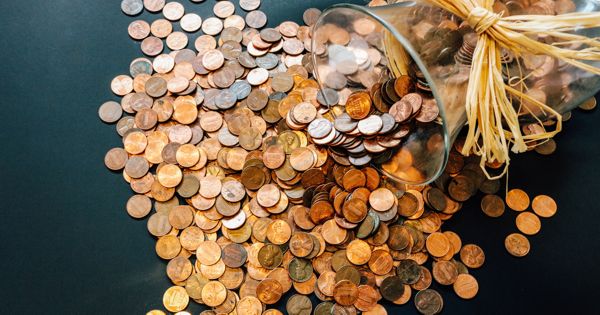 When I was in college, my grandfather gave me a book to read, titled The Richest Man in Babylon. And he told me that if I read it and lived by it, I would become rich. (He was a millionaire when it really meant something). I did read the book, but then put it away and really didn’t much about it after that. But, over the past 20 years, I have watched as the middle class continues to contract, the poor class expand, and the very few at the top increase their wealth even more. I fear that my grandchildren will be either rich or poor, but not in the middle, for there will be no middle anymore. They must choose to be wealthy, and so I shall do what I can for them to adopt the attitudes and the behaviors of the rich. Here are 11 differences between the wealthy and the middle class that they must understand. Many of them are in that little book from my grandfather, which I recently dug out, and I will be buying copies for each of them.

The Wealthy Pay Themselves First; The Middle Class Pay Their Bills First

Wealthy people learned early in their lives that whatever money came into their households, at minimum of 10% was paid to themselves ““ for investment purposes. They may have gone into the stock market; they may invested in mutual and bond funds. But at some point, the truly wealthy took some big risks with that money they had been paying themselves. And when they took the big risks and they failed, they simply picked themselves up, knowing that they could always find ways to bring in more money and pay themselves again ““ looking toward the next venture.

Middle class people use their income to pay their bills first. Whatever they have left over, they tend to spend and perhaps put a bit in savings. But the savings it for their future, so it will never be put into a risky venture. The savings represents security and stability and part of the old Protestant work ethic.

The Rich Live Below Their Means; the Middle Class Live Above Their Means

Years ago, financial author Thomas Stanley wrote a book, The Millionaire Next Door. The book was based on several years of research to find out how people got wealthy, by interviewing them. What he discovered was this: On their road to wealth, and even afterward, a huge number of wealthy people are still living in modest homes and driving 2-3 year old cars. The flashy cars and the large homes are driven and populated by middle class people living above their means. This speaks to a wholly different mindset on the part of these two groups. The wealthy would rather preserve and expand their wealth through investments, while the middle class has a need to accumulate “things” that somehow increase their status with their friends. So who is driving the new Mercedes? Chances are, it is the young executive still climbing career ladder.

The Middle Class Tend to Befriend and Socialize with Most Anyone; The Wealthy are Picky about Their Associations

A part of the road to wealth is to begin to think and behave as the wealthy do. This thinking and behaving is not learned by “hanging out” with other middle class or lower individuals. Instead of making efforts to move into wealthy “circles” and establish contacts and different thoughts and beliefs, middle class individuals stay where they are “comfortable.” Wealthy people, on the other hand, are rather choosy about their associations, sticking to “hanging out” with those who are even wealthier than they are. They know that the conversations and the contacts will be invaluable and keep them in the right thought patterns.

The Middle Class wants to be Comfortable; the Wealthy Know that Comfort Means Stagnation and they Prefer Dis-comfort

Comfort for the middle class means a steady job with a stable income and some raises and perhaps a promotion or two as they move toward a retirement with pension and social security. The rich take big risks. They start companies that may fail; they get back up and start all over again. They don’t want security and stability; they embrace failure and look for the next opportunity.

The Middle Class Work to Earn a Salary; the Wealthy work to gain new Knowledge

Here’s a huge difference. Middle class individual go to work, perhaps at a large company. They do this to earn a salary that will keep them in their current lifestyle. When they get a raise, they “up” their lifestyles. They often change jobs simply for a larger paycheck. The wealthy focus not on a paycheck but on learning. They want to know the ins and outs of how things work in their business niches, for at some point they will take off on their own and they will have the knowledge to do so.

Thinking small is rather a middle class tendency. They do not think of themselves as “movers and shakers” of this world, but, rather as the “worker bees” who really do not have the talent to become an innovator or wealthy entrepreneur. Their goals are thus small and short-term. The rich, on the other hand, tend to overestimate themselves and set huge goals. Even if they fail, the set new huge goals. Donald Trump has declared bankruptcy 3 times, but that has not stopped him.

Middle Class People are Emotional About their Money; the Wealthy are Logical about Money

Because they live in fear of losing their money, the middle class tend to act out of that fear. So, when they have some investments in the stock market, and there is a significant drop, they tend to get out quickly and just take their losses. When the market is up, they are optimistic and buy too high. The wealthy ride out the waves, knowing logically that, if they remain in the market, it will come back.

Again, this attitude goes back to the idea of comfort and security ““ that stable paycheck. The wealthy on the other hand take big risks, with results as their goals, and when those results are achieved, they make their money.

Middle class workers depend upon a company for a job, and are happy to take on the tasks they are assigned, hoping, of course, for the next raise or a promotion. They are dependent upon their superiors because the lack the confidence to be dependent upon themselves. The wealthy think and act with confidence, knowing that they never will have to rely on someone else for their income.

The Middle Class tends to focus on Obstacles; the Wealthy focus on Opportunities

This is almost self-explanatory. Middle class individuals, faced with taking a financial risk that could result in wealth, will find all of the excuses possible why they cannot take that risk. The wealthy see every financial risk as a grand opportunity ““ the difference is pessimism vs. optimism

The Middle Class focuses on Savings; the Wealthy Focus on Investing/Earning

The middle class tends to have a 401K and perhaps a matching retirement plan; this is saving for their retirement. The wealthy focus on using their money to make even more money. This is a huge difference between these two groups.

I'm a passionate blogger and writer. I'm eager to knowledge, fortunately my work at Assignment Mountain service helps me to implement all my desires. I'm interested in business, self-improvement and education issues. You can connect with me via Twitter or Facebook