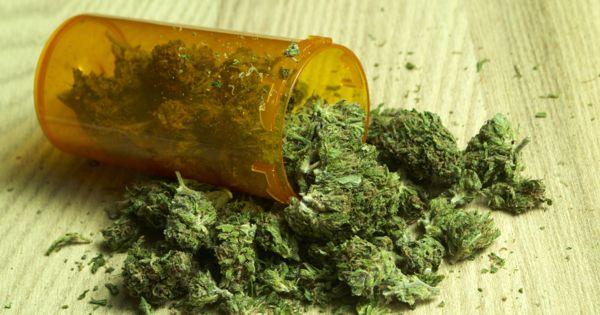 Marijuana is known for its ability to make people addicted. It is also known to cause lack of sleep. Individuals who are addicted to marijuana are known for evil habits and make people fear them. Marijuana has health benefits in relation to a study that confirms it healthy for consumption. You do not have to take the marijuana in your own prescriptions hence you need a doctor to do it for you. This is not the unprocessed marijuana, avoid it and take the processed which will be a great solution to your problem.

The following are 10 medical benefits of marijuana you probably never knew;

A certain study and research indicate that marijuana has the ability to reduce anxiety. Do not take the fresh leafy marijuana sold all over; rather take a prescription from a doctor. This is healthier rather than the drugs prescribed. Ensure that you do not take an overdose.

A scientific study states that marijuana has the ability to relieve arthritis pain and any other joint pain. Ensure that you get the right prescription making sure that you do not take overdose.

This particularly processed marijuana has the ability to change the lung health from a chronic condition to a better condition. You can change in a drastically once you start taking your doctor's prescription to the latter which is according to lifestyle fitness.

Marijuana is at times used as a pain killer. This is only given prescribed by your doctor. It can be difficult for you to realize that marijuana has been prescribed for you since it is in the form of a tablet. This drug has the ability to relieve pain instantly.

6. Protects brain after a stroke

Patients who have survived stroke have been put under marijuana medication in order to protect the brain from damage and easy forgetting.

Marijuana prescribe by a qualified doctor has the ability to eliminate nightmares and hallucinations.

8. Protects the brain from concussion and trauma

Marijuana has the ability to keep your brain active and make it able to remember things easily. This does not call for students to take it in order to be best in school. Ensure that the prescription for this case should come from a qualified doctor.

The unprocessed leafy marijuana has the ability to reduce constipation and other inflammatory bowel diseases. You are supposed to take the fresh green marijuana leaves only.

This is a disease that kills the brain cells. The study made in Scripps Research Institute has shown that Marijuana is an excellent medical for this disease. Feature in the lifestyle fitness news the patient should be prescribed by a professional doctor the marijuana dose, and you will be glad to see a great improvement once you take 2 weeks of the dose. The patient will never be the same again. Do not take over the counter prescriptions in such a case.

The above are 10 medical benefits of marijuana. Just seek professional advice before you start taking the marijuana as a drug. Do not prescribe it for yourself else ensure that you take medical tests that will help identify what you are suffering from and the medication you require. Do not be deceived that marijuana can help you improve on school work rather consider it as a harmful drug that will make you poor in school if not prescribed by a doctor.

Evlin Symon is a health writer from New Jersey. She enjoys learning about a wide variety of wellness issues and staying up-to-date on the latest research and medical benefits of marijuana. She also is the author of many active blogs mostly write on stress and anxiety.